When the restaurant/bar Lucky 8 first opened in Ponsonby, I remember not being able to escape it. It launched with an aggressive social media campaign, utilising influencers to promote it on Instagram and TikTok: countless videos of people walking up the black stairs, panning to the neon-lit branding, training their phones on the $8 cocktails that came in teapots and with meringues on top. This is nothing new for Instagram, but I’d never seen an Auckland restaurant come up on my TikTok FYP (For You page) quite as much as just then. Though I should have seen it coming, because TikTok has become social media’s foremost food reviewing platform, where influencers are required to shoot, edit and record voice overs for 32-second videos – more work, arguably, then just taking good photos and coming up with compelling captions.

Every time a new way of food influencing pops up, food media pops up to cover it. This piece about an Eater critic who has a night out with a TikTok influencer is a true testament to how shameless you have to be when you do stuff like this. The influencer in question, Steph, whips out a Lume Cube and the flash on a couple of iPhones – plus, brings along an assistant (her friend) to help manipulate the lighting. This light blares bright for at least 4 minutes, attracting the attention of the entire dining room and a server who comes along to tell them to stop. Just reading this fills me with embarrasment – but to Steph, she’s unphased.

In the piece, the critic writes that “After another visit, I’ll end up writing a 1,000 word review, but after this single visit, Steph will put out a 30-second video on TikTok declaring the venue a ‘rec’ (that’s good), or a ‘wreck’.” Lol. Same. After my visits to Lucky 8, you can read all about it in my 1000-word (ish) review next issue, out in a few weeks (!!), though you can also very much consume opinions about it via countless 30-second videos.

Anyway! This is my last Metro Eats for a couple weeks, because I’ll be off to Singapore and Thailand for a little holiday. It’ll be my first time overseas since 2019! I’ve also booked in at a few interesting places already – including Burnt Ends in Singapore and Nusara and Samrub Samrub in Thailand, which I’m looking forward to. If anyone has any food suggestions for either place, my inbox is totally open. I’m particularly looking for hawker stall/street food suggestions, because that genre is a scary, overcrowded, overwhelming place.

Kind Stranger’s Greasy Spoon is back this weekend, for all your fish finger buttie needs.

The Realness presents their annual Kaihaukai this 13 June with Eat New Zealand and at Ima Cuisine in the central city, to celebrate the connection between food and Matariki. Tickets are $75, and you can get them here.

The Taste of Pasifika festival is launching this weekend at The Cloud (4-6 June), with plenty of food on offer, including Fijian curries, pineapple and watermelon ice cream, tuvalu umu, lu pulu, ‘otai and more.

Karl Bayly (aka cooked_plates) is hosting a 3-course set menu, with wine pairings, for $125pp on Sunday 12 June. The dinner’s at theirs, limited seats, with two seatings (4.30pm/7.30pm). 5% of all tickets will be donated to Medical Aid for Palestine.

Filipino pop-up series Salo Salo are taking over the kitchen at Ozone again for the month of June, with a few pop-ups through the month. It’ll be an intimate 5-course ‘kamayan’ dinner, at $90pp, sold in twos (menu designed to share). You can get tickets here.

By the Bottle and Ozone present the ‘Future Makers’, a pop-up tasting event celebrating the drinks industry. Producers involved include Deep Down, Three Fates, Halcyon Days, Amoise, Thomson Whisky and more – plus there will be pizza frittas by Ozone’s head chef. It’s $89 per person, on Saturday 2 July. Tickets Here.

We went to the new Italian deli in central city, Bossi. It was buzzing at lunchtime, and is really quite a sweet inner-city spot. (Nice-looking too – it was designed by CTRL Space.) We had the mortadella, which we’re told is its signature sandwich, plus the prosciutto. I enjoyed both, but it’s a hearty lunch – you could get away with scoffing half and saving the other for a late-afternoon snack.

I had a great gamjatang (pork backbone soup) at this new Newmarket Korean restaurant Azit. Bones with plenty of meat falling off it, plus a spicy, flavoursome broth.

The Metro team went to Ziggle for lunch on K Rd (without me, boo – I was in isolation). We all feel like the smashburgers are the best of this place (as opposed to the fried chicken). According to Henry it had a “firm char”, plus a bit of spice which elevated the patty. Plus, it’s only $11.

Henry went to Chocola, the Mexican restaurant/chocolatier/shop in Glen Innes, and said it was “the same as ever”. It’s from the original owners from Mexican Specialties in Ellerslie and hasn’t, I’m told, changed very much.

There’s a new spot in Ponsonby (underneath the Williamson Ave Countdown) called Banziha from owner Chris Kim, which is a cafe-by-day and Soju-bar-and-restaurant by night. Banziha translates to “half-basement” in Korean, and is used to describe the semi-basement apartments in South Korea (have you ever seen the movie Parasite? Yeah, that). In the day, Banziha are offering mostly rice or udon bowls, topped by proteins like bulgogi and spicy charcoal chicken, while the dinner menu skews more towards small bites like snack versions and sharing versions of bo-ssam and clam stew (jo-gae-tang), plus classics like bibimbap and Korean fried chicken. And lots of Soju.

I’m intrigued by this new pasta shop, Arte Della Pasta, which offers a different kind of handmade pasta, and only one kind, every day. One day it could be gnocchi alla romana, another linguine con gamberi. In Newmarket. 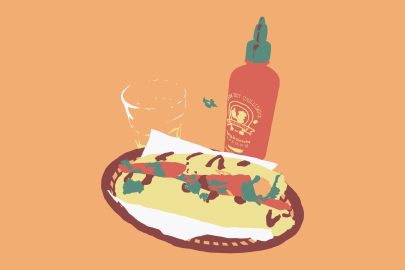 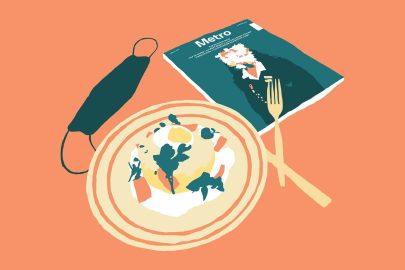