The last supper: An era ends at Pizza Hut

After 42 years, the last of the all-you-can-eat Pizza Hut restaurants is closing. Metro visited the condemned West Auckland icon one final time.

After 42 years, the last of the all-you-can-eat Pizza Hut restaurants is closing. Metro visited the condemned West Auckland icon one final time.

The news broke a few weeks after David Bowie died. New Lynn Pizza Hut — the first Hut, the last Hut, the immortal Hut — was marked for death. Reportedly, it would be bowled within a fortnight.

In its place would be another 80 carparks for LynnMall, the tumescent fluoro flea market that’s already swallowed half the suburb. Eighty bloody carparks. Really? That’s the going rate now for razing a cherished West Auckland cultural institution?

I was angry, I was hurting. I was also a thousand miles away in Melbourne, where I’ve lived since 2013. But I was heading home to the heartland in a few days. There’d be time for one more run. One glorious last hurrah.

This story starts back in the 70s — back in the era of backyard cricket, Chopper bikes, games of “go home, stay home” rolling long into the night. Back when everything was coloured a faded yellow.

Back in Glen Eden, a suburb considered by many to be the finest on earth. Great place to bring up kids, they’d say. There was a pine forest down the back of our place, Nobilo’s vineyard next door, Nola’s Orchard up the road. Meanwhile, our local township had everything covered: bike shop, book shop, lawnmower shop. Hollings chemist, Patel’s greengrocers, Pecks bakery. And Dave Cockerton Menswear, repository of the largest stock of Stubbies in the southern hemisphere. 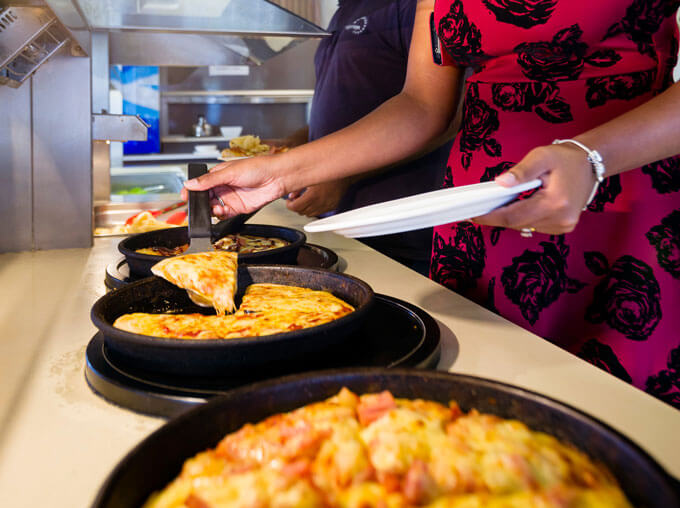 Back then you’d have dinner next door one night, have your mates over to yours the next. No one had much money then, so no one ate out much. A couple of times each summer, we’d have fish’n’chips in the car on our way back from the Helensville hot pools. And then a Chinese takeaway opened up in Glen Eden (Mum occasionally succumbed, remonstrating with herself afterwards for her laziness).

But once — sometimes twice — a year, the big one: we’d be going to the Hut.

It was always just called that — the Hut. Our first visit to the New Lynn branch must’ve been shortly after it opened in 1974. It’s the half-formed, half-remembered recollection of a toddler, though every trip was much the same. Dad would make us a sandwich before we left — “Fill up on bread, my boy.” Mum made sure we were in our best trousers and shirts. We’d pile into the Cortina. Then, as we got closer, the chant starts from the back seat: “Hut, Hut, HUT!”

We’d arrive and walk into Aladdin’s cave. Lots of red, lots of dark cod-mahogany: the roof shaped like a Roman testudo, the red-shaded lanterns, red padded-vinyl booths, red pencils and genius activity sheets. The menu, bound in vinyl, weighed a tonne. The mark of quality.

And the pizza? Like most aficionados, I reckon Hut pan pizzas are rubbish — bland, stodgy, flavourless. But before they went full-miser and sliced mushrooms so thinly they became translucent, the Pizza Hut crispy was a culinary wonder. Few foods match the crunch of that crust. 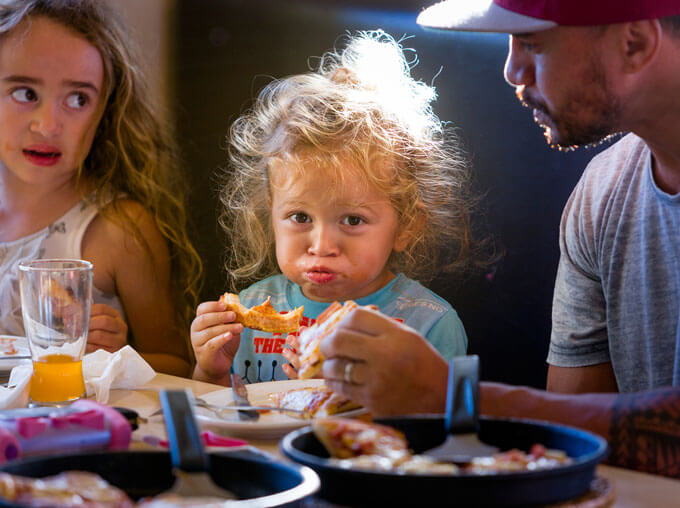 These were good times, but then my parents split and the Hut pilgrimages became rarer.

But somehow even more memorable. Dad now drove buses for the Auckland Regional Authority and, one night after work, took me to the Hut for my 10th birthday. “Have anything you like, son,” he said, and so I nailed an entire large pizza on my own. “My Boy… you’re an eating machine!” he said. From a father who could be stinting in his praise, these words meant everything.

There were other significant Huts. You’d never head south without taking your toll at Taupo. Once you got to Wellington, it was straight to Manners St — to a shabby, Chase Corp-like shack which lacked the grace of the suburban standalones, but whose soft-serve machine was without peer.

However, it was another city Hut — in Queen St’s Strand Arcade — which witnessed the standout performance of my career.

I started poorly. I was ready to retire after a mediocre 18 slices until I heard a shift manager’s instruction to the pizza maker: “Don’t put out any vegetarian till he’s gone.”

Now, there were typically two, sometimes three, pizzas I could eat from the eight they’d put out. Veggo, cheese-lover’s and some weird apple dessert pizza. Only now there were none. I ask when the next veggo is coming out. 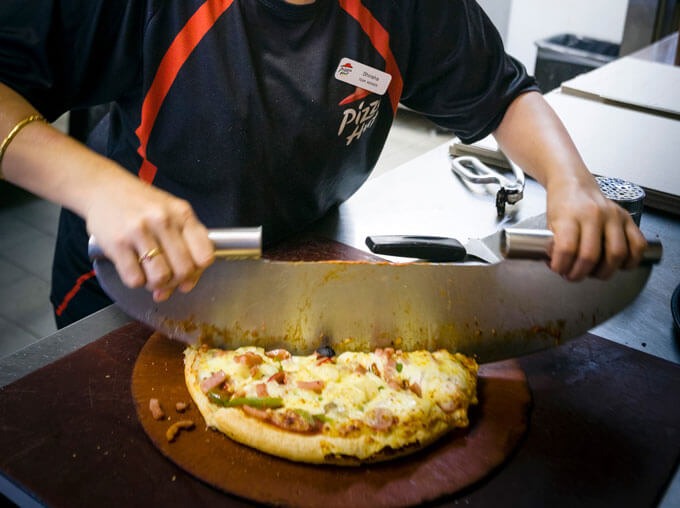 Ten minutes, they say. Fifteen minutes later, I ask again. Oh, it’s in the oven. Bullshit it is.

The stalemate continues for an hour until two more vegetarians turn up and now they have to put some out. These veggos take one slice each. I take the rest. They get up and politely request another. Out it comes and, again, my dainty-eating comrades make the same mistake. Unbelievably, they get it wrong a third time — fools — and now I’ve eaten three-quarters of three pizzas.

There’s much mouth-mopping, napkin- crunching and gratuitous pot-patting on my part. The manager looks furious: I fire back an “Is that all you’ve got?” glare. Now, you might think this is puerile. Unnecessary. But they’d broken the rules and were now getting punished. They’d never make this mistake again.

I’m also learning a lesson: I feel like there’s a sludge-filled balloon sloshing about inside my guts. One last apple slice and I’m done. But 37 slices — what a show! My youngest brother, then six, certainly thought so: he gave a morning talk about it at school the next day.

More memories. Mum’s penultimate Mother’s Day was to the Hut. We told her we’d take her out somewhere for lunch and she went for broke, wore her best jumpsuit, even dusted off the pearls. So I felt some remorse when we pulled up outside the New Lynn Hut and I saw her face fall (Mum was never much of a fan).

But this was our place, our turangawaewae. And her four boys put on a strong showing, all of us making it into the 20s (this, after we’d started with chocolate mousse: always cleanse your palate first).

One of the last dinners out with my dad was to New Lynn. Some time mid-2000. Cancer had stolen his appetite and I remember striving to eat his share for him. I put in a workmanlike shift — 25 slices. It seemed to lift Dad’s spirits. “I tell you what, my boy,” he said, “they make no money out of us! 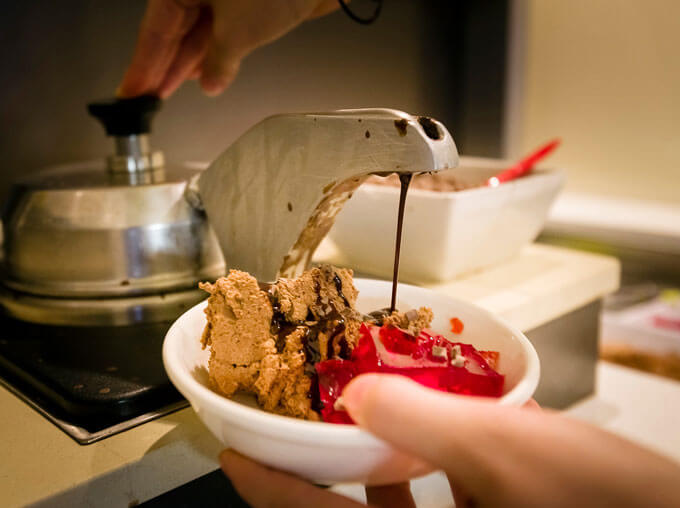 February 2016. I’d imagined leading a party of 50 to the Hut but there were few takers. I didn’t get it. Even my brothers weren’t keen: “Read the online reviews: it’s a shithole.”

I didn’t read the reviews — I didn’t need to. I’m familiar with the inner-city sneerers, the too-cool-for-schoolers and their contempt for working-class culture. I don’t care for their condescension. Instead, a visiting Nelsonian — and a curious Glenfielder — joined me for the Last Supper.

It’s a Thursday night. New Lynn’s roof’s red but nothing else is — no red curtains, lanterns and certainly no red pencils. Instead, think abattoir chic. But it’s still buzzing — the booths are chocker, just a couple of spots on a shared swill table are free.

Only, where are the pizzas? They have just six pans out and three of them are empty. There are two slices of veggo in one — but the toppings are spartan, the cheese congealed. I grab a couple of cheese-lover’s and decide to wait it out for the next veggo. It’s apparently in the oven.

Except it’s not. Twenty minutes later another cheese-lover’s comes out and that’s it. Two veggo slices and 10 slices of cheese-lover’s — that’s the entirety of the all-you-can-eat pizza for the veggos.

The dessert bar’s busted — the ice cream machine’s not working (when I do check the reviews afterwards, this seems to have been a problem since 2012). I look around. Over in a corner, a hive of hipsters take selfies and eat ironically. “OMG — how crapulous!” Behind them, out the window and across the road, I see Dick Smith, the iconic retailer that collapsed into receivership in January, and a great cloak of sadness comes over me.

At 8.15pm, the final indignity. A worker comes over and tells us the kitchen’s closed. Though they’ve put nothing out since 8pm — and the restaurant purports to be open until 9pm — that’s it. It’s over. And that’ll be $17.90, thanks.

Now, I’m no foodie tosser but this is — by miles — the worst dining experience of my life. An atrocity.

I don’t sleep that night, mind whirring. And an inchoate rage swells, directed at the destroyers of the West Auckland I hold dear. At the gentrifiers, the wreckers, the speculators and the spivs who chop up and subdivide our suburbs, bulldoze orchards, and impose their leaky slums upon us (all the while, jealously guarding their own neighbourhoods). 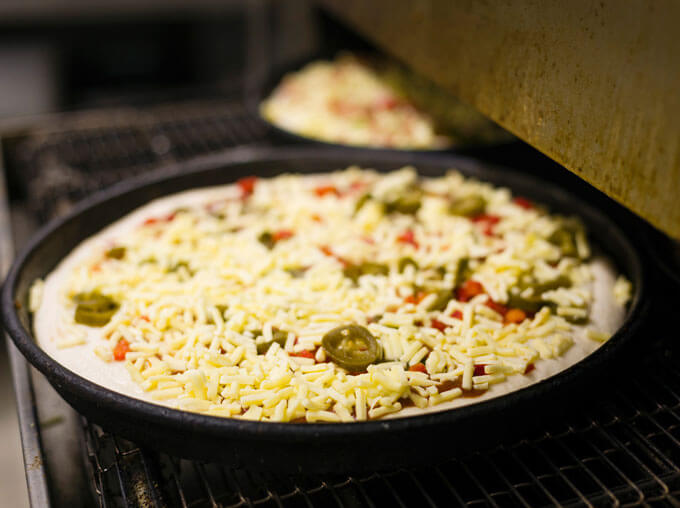 I know what you’re thinking. It’s a mighty long bow I’m drawing. It’s just Pizza Hut, a multinational chain out of Wichita, Kansas, that used Donald Trump in their ads. And you know, maybe you’re right. Maybe my love of the Hut was false consciousness. Maybe the Hut wasn’t the best of old New Lynn, but the harbinger of what was to come. A monster containing the seeds of its own destruction.

Certainly, there’s a brutal inevitability to this last Hut getting swallowed by the mall. Once almost charming, LynnMall’s become a Death Star that devours anything in its orbit. Once-self-sufficient villages like Glen Eden are now home to cheap takeaways, two-dollar shops and tat.

Consider this globalisation writ small — the logical outcome of the growth-at-all-costers, those who see nothing wrong with the average house price in these low-income, high-unemployment suburbs touching three-quarters of a mill. This is progress. You can’t do anything about it.

And, Christ, I need to get some sleep. 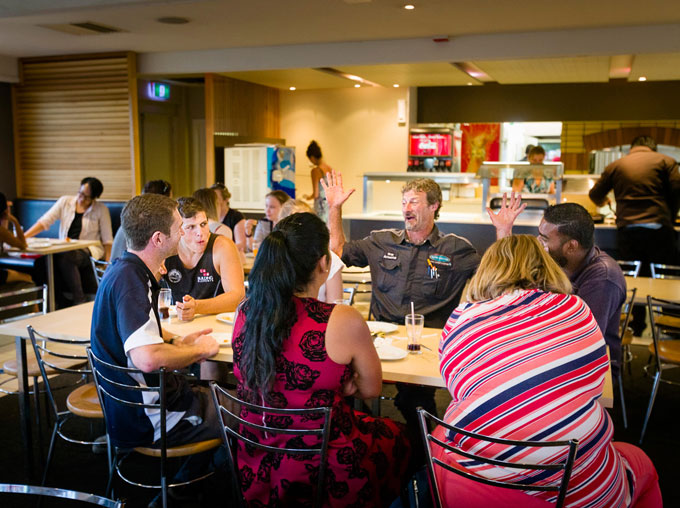 Could the 50-slice barrier have been broken?

It’d be a record for all time. But like the two-hour marathon, the three-minute mile, the nine-second 100m, it may lie just outside the limits of human endeavour.

But hold on. What if you were at the peak of your powers, if everything went your way…? 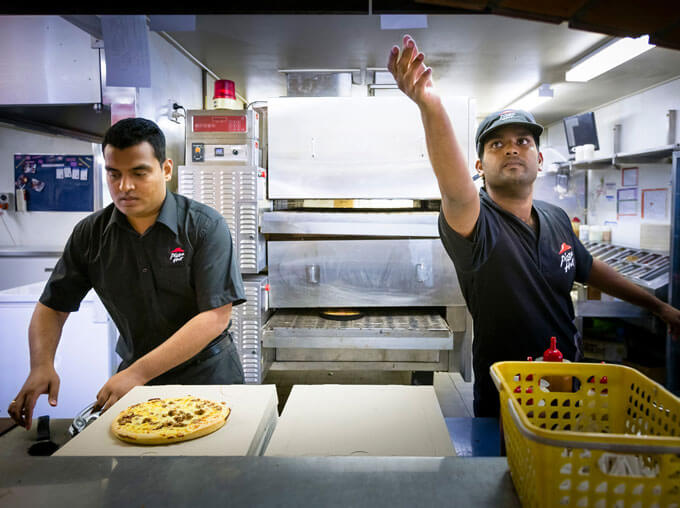 I think back to the 37 slices. What if I hadn’t started out with six cheese-lover’s — concentrated fat and carbs, each counting as two crispies. The bowl of crinkle-cut chips — that’s another couple. The side salad — a slice there.

I reckon they’d have roared me home.

But part of me is glad I didn’t make it. The part of me that wishes Everest had remained unconquered. Some things in this world should simply be beyond us. Some records are not meant to be broken.

Ultimately — probably by the time you read this — the Hut will have fallen. But it’ll never be beaten.

This article was first published in the April 2016 issue of Metro.