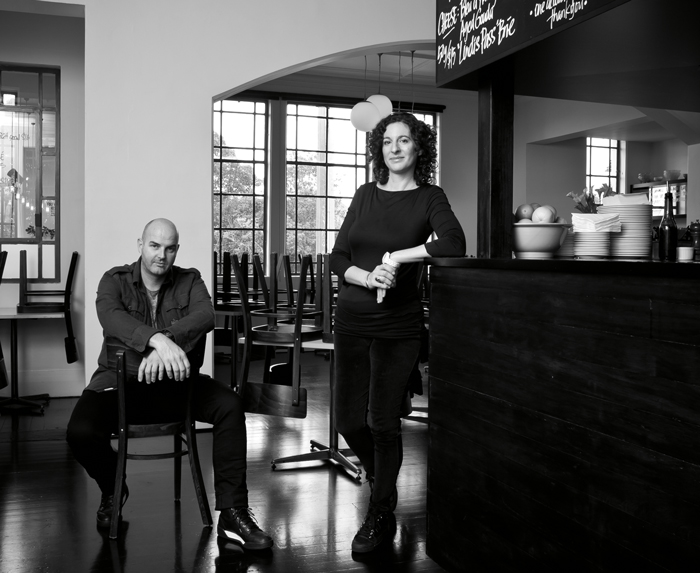 When I first came to Auckland and worked at Cuisine magazine, Natalia Schamroth was, to my mind, the star writer on the team. I think the other food writers all thought the same, though they would certainly not all have said so. She was also the most difficult to work with: she had persuaded the publisher that the only photographer worthy of her food was an Australian they had to fly over for every food shoot, and her copy was often late.

As I got to know the Auckland food world, Natalia and I never became friends, but my respect for her just kept growing. She was demanding because she was a perfectionist — most people I know like to think that about themselves, although I’ve rarely met anyone for whom it really is true. Natalia is one. Make it better than everyone else, get it exactly right every time or don’t do it at all. As for her not being a perfectionist about my deadlines, that was because for her, the magazine came second. Her real work came first. She and Carl Koppenhagen, partners at work and at home, opened the gorgeous cafe Reuben in Khartoum Place, setting a standard for cafes in the CBD that no one, still, has come near to matching. Then they sold up and launched The Engine Room in Northcote — this time setting a standard for bistros that no one has yet matched.

The Engine Room won the Metro award for best Local Bistro after its first year (2006) and has continued to win its category (now Upmarket Bistro) every year since. And, believe me, every year we look around at the ever-improving competition and we think, this time they could lose that gong. But then we do the judging, with multiple visits for all the leading contenders, and every year The Engine Room comes out on top again.

Why? Because Carl is also a perfectionist, and they both really, really know how to cook. And because — this was a surprise to me, as the editor of that ice cool, demanding food writer — Natalia Schamroth relinquished her daily role at the stoves and turned herself into a warm, engaging, “I do hope she comes and talks to our table” host. I knew she would be an expert on the food and the wine, but I didn’t know she would be such a complete, total charmer.

What’s so good about their food? Consider the schnitzel. Everyone knows how to cook schnitzel, right? Flour, egg, crumbs. Seasoning. Lemon juice. A sauce, perhaps, and some nice veggies or a salad. Glass of your favourite. At The Engine Room, the salad is made with fennel, radishes and two sorts of shredded cabbage: it’s supremely tasty, thoughtfully constructed, the balance of flavours working just so, and different. There’s a rosti, made with agria potatoes. And there’s — I swear, I ate this dish a week ago and it still makes me shudder with delight to remember it — caper butter. That’s a tablespoon of butter for each piece of schnitzel, in which they sauté the capers before pouring the mixture over the meat.

It’s simple, and it wouldn’t be worth eating if it wasn’t also perfect. The same is true for their steak frites: scotch fillet with maître d’hotel butter — garlic and shallots, four different herbs, lemon zest, a lot of butter (yes, they like their butter) — and shoestring chips. And for most of the rest of the menu. Their signature dish is twice-baked goats’ cheese soufflé, of which they serve hundreds every week. This was the dish that caused half the chefs in the city to rethink what they were doing, because they suddenly realised that cheese soufflé, that toss-off stuff you serve the bloody vegetarians, can be totally luscious. You could feel them thinking: we need to be better.

And the drinks? Natalia straightens up slightly when she talks about wine. It’s her tell: she fancies she knows her stuff, European as well as local, and it’s true, she does. I’ve never had a bum steer from her on what to drink. Last month, they were also offering a cocktail special, made with Tanqueray and blood oranges, that was dangerously delightful.

There’s really only one thing wrong with The Engine Room. There’s not enough choice. I know, a good bistro runs a small menu — it keeps costs down, makes it more likely all the ingredients will be fresh, helps them manage the whole process. But every single dish on this bistro’s menu is so popular, there’s hardly any churn. What would happen if customers turned up for their soufflé or schnitzel and they were gone? Riots, quite probably.

There are two solutions. One is to offer specials — which, on my recent visits, The Engine Room has done with entrées but not mains. I think they should fix that. The other is to bring out a book. Which Carl and Natalia have now done. It’s got 20 mains, instead of the half dozen on the restaurant’s blackboard, and from soup to nuts there are enough exquisitely created, expertly written recipes to keep me happy for years. There are also photos by Kieran Scott, who is brilliant and does not live in Australia: the food looks gorgeous, and he’s done a big bonus set of atmospheric “at work” shots that it’s so easy to lose yourself in. With the book, I can now go home and vary my Engine Room dinners to my heart’s content. I can’t really do that, of course, because I can’t cook like Carl, but I can — and will — get enormous pleasure from trying. As I will from returning to the restaurant, to see how it’s really done.