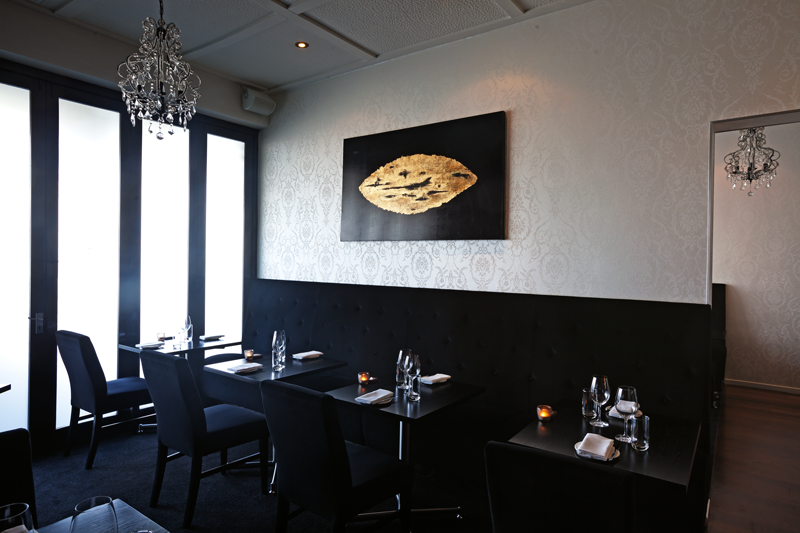 It starts with the pink duck meringue. Chef Michael Meredith is saying a lot with this dish — perhaps more than he thinks. It’s not sweet but savoury (the pink is beetroot) and that’s his signature: he wants to surprise us. The two halves of the meringue are held together by a light but rich chicken parfait, and there’s a sliver of duck breast. “Michael suggests you eat it with your fingers,” murmurs the waitress in a soft Scottish brogue. Not that you have a choice: she hasn’t set out any cutlery or even a plate to catch the crumbs. So, you make a bit of a mess eating it.

Which is certainly a surprise — this is fine dining, after all. But it’s also misleading. Although that meringue presages a meal of many delights, it doesn’t signal an evening of wide and deep culinary exploration. While Meredith is marvellously inventive within each dish, he doesn’t stray much from a set pattern: mostly, you get a series of bowls with things chopped up small, sitting in a colourful pile in the middle of some broth. That’s his thing right now.

Don’t get me wrong. The meringue and almost all of those bowls are unbelievably good. Meredith’s food is full of intense flavours, all individually expressed and yet brilliantly combined, and remarkable texture variation. That is his genius. He does only degustation (a choice of six, eight or nine courses, plus vegetarian only on Tuesdays), and that’s fine:  dego lets him really strut his stuff.

Strangely, while the vego dishes are excellent, many are variations on the meat ones rather than original concoctions in their own right. Thus, tartare swaps venison for avocado; salmon gazpacho loses the fish and relies more on watermelon for its flavour. Actually, the gazpacho is better that way, purer and cleaner. Where the meat dego climbs in quality as you eat on, each dish (except one, see below) more superb than the last, the gazpacho starts the vego meal at the top and that’s where it stays.

The one exception? The monkfish. It’s beautifully presented, of course, with tiny flowers and a delicious crab-flavoured broth. But ours was undercooked, a big chewy hunk of blurgh, and the main garnish — a kind of unfortunate retro joke, perhaps — was slivered almonds. And yet, over two visits, through two degustations of 17 courses in all, the monkfish was also the only dish that was anything less than exquisite.

Speaking of strange, most of the wine matches for the vego dego are the same as for the meat courses. Consultant sommelier Cameron Douglas is reportedly a nice chap, but if he really can’t find different wines for venison and avocado, it’s time he was led to the knackers’ yard.

There are still problems with the place itself: three small rooms, supremely elegant but claustrophobically dull. And while Dominique Fourie, the very warm and welcoming new maître d’, makes an enormous difference, until they knock down the interior walls they’re never going to make it glorious. Given the quality of Meredith’s food, that’s such a shame.

The tables for two are turned longways, so you sit at each end. This is not unusual — it makes the settings easier and they can squeeze in more people — but it diminishes the experience for diners. Couples in for a really special night (and that’s almost everyone there) aren’t close enough to talk quietly or to feel intimate. And while the plateware is lovely, the glasses seem like Briscoes specials.

If you’re open to the delights of a truly remarkable dinner, you should not miss Merediths. But when it comes to the whole restaurant experience, it is, sadly, a hard place to love.