Video: How to debone a whole-fish 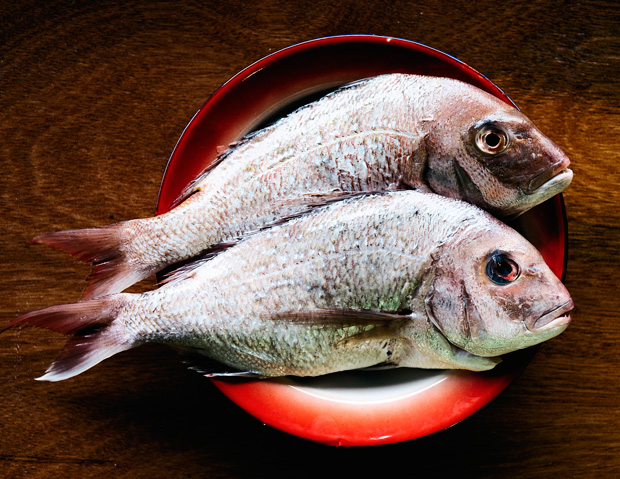 Checked out the April issue yet? In it, we share five whole-fish recipes from top Auckland chefs. A couple of them require deboning, which can be intimidating. Yael Shochat, owner of Top 50 restaurant Ima, takes the fear out of the process with this how-to video.

The fish must first be scaled, gutted and the gills removed. Carefully run a sharp filleting knife between the fillet on one side of the fish and the ribcage, starting from the underside of the fish and going through to the spine. You will end up with the two fillets attached to the backbone, but separated from the ribcage in the middle. Using sharp scissors cut the ribcage in half to make it easier to access. Cut along the spine-end of the ribcage towards the tail to remove the back section of ribcage, leaving the tail intact. Cut along the other direction towards the head and remove the final section of ribcage. There are some smaller bones along the fillet that you can pull out with tweezers. Trim off the thin bones attached to the fillets with your knife.