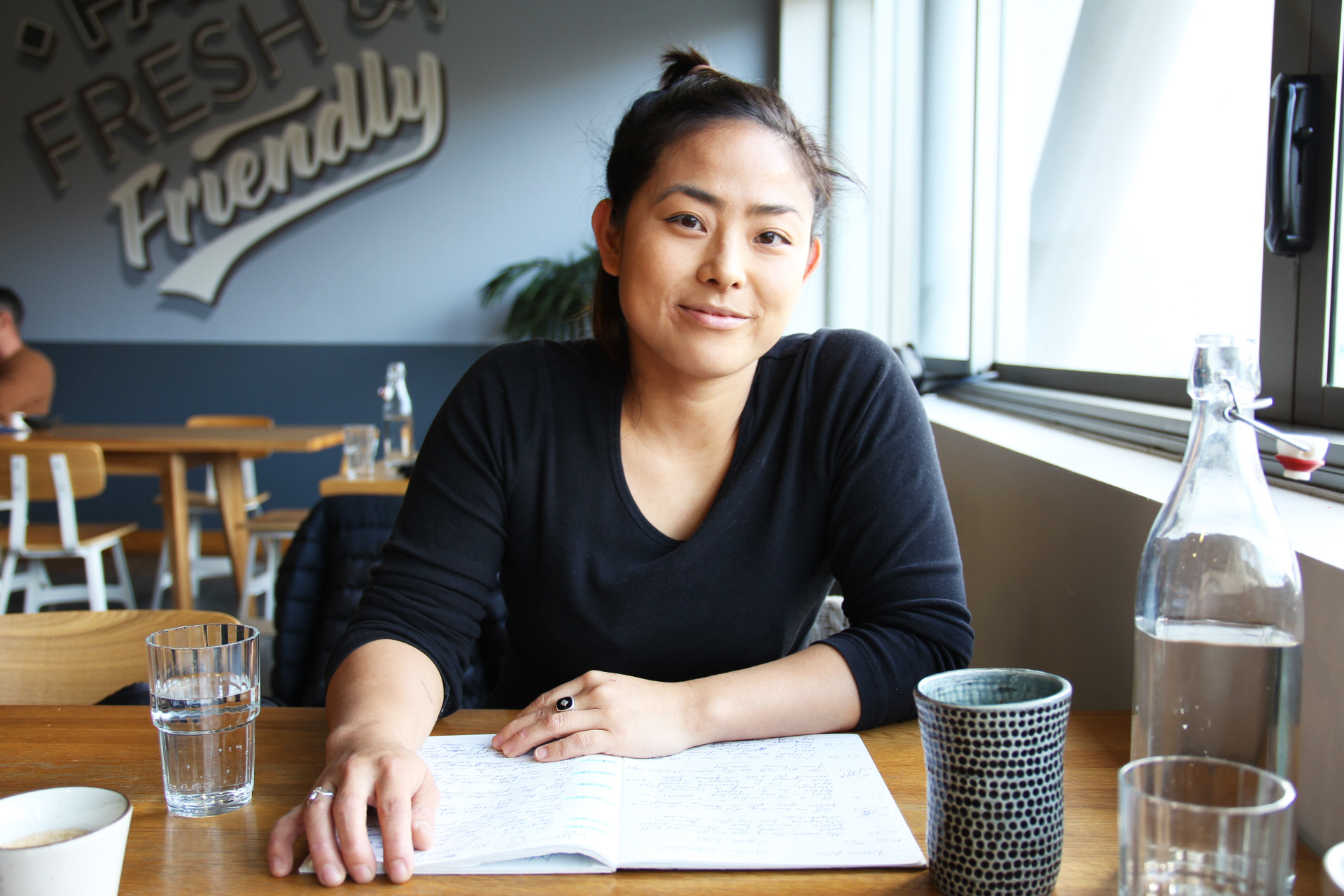 Above: Vivienne Teo, Breakbread’s founder, with a notebook full of transcripts from interviews conducted with refugees.

A new pop-up dining series is bringing together top chefs and refugee communities within Auckland to celebrate cultural understanding and acceptance.

Words and main photo by Alice Harbourne. All other photography supplied by Vivienne Teo.

“Christmas at yours this year then?” Vivienne Teo had just moved back from Melbourne to work as Orphans Kitchen’s restaurant manager when she posed the question jokingly to a group of seemingly generous (read: wealthy) diners. “It wouldn’t make a difference to us,” one of the guys replied. “We have refugees over for dinner all the time.” It transpired one of the group worked as a teacher for Selwyn College’s REAF (refugee education for adults and families) programme, and before she knew it, Teo had volunteered herself as a teaching assistant. “I would return each week, and it dawned on me that the reason I was there was that I could completely relate. Kids would come in, and I could see what they were going through: eastern culture at home, western culture at school.”

Teo was born in New Zealand to Chinese parents, her father emigrated from Singapore in the 1960s, her mother from China in 1980. She grew up in Pakuranga, and first experienced her perceived “otherness” aged just five-years-old, when a boy at school racially abused her. “That’s when it all began, I realised I was different,” she says. “I went to friends houses and didn’t know how to eat a roast dinner. I told Dad not to come and see me at school. I felt embarrassed. I grew up not wanting to speak either language of my mum or dad, all I wanted was acceptance. It makes me sad.”

Teo’s now 32. For the past two months she’s worked as a carpenter at Ben Glass Furniture, another opportunity she owes to her talent for hospo networking. In between working on pricey commissions for high-end furniture from Ponsonby’s well-to-do, she’s been developing Breakbread, an event series centered on the stories of some of the refugees Teo’s encountered in her work at the school, and in making her first short film, Small Victories.

The film’s concept was simple: “I wanted to connect chefs with the refugee community, and see what they could learn from each other, ” says Teo. So, Orphans’ head chef Tom Hishon spent the day in Glen Innes with the families of Naing Min and Nai Loot, Mon refugees displaced from Burma. Hishon learned how to make traditional salads and curries, the cultural significance of the (literally) elevated position of rice at mealtimes (rice sustained the Mon through all kinds of hardship, it’s to be respected). He was then tasked with emulating the flavours and techniques of some of the dishes using locally-foraged ingredients. He took Min and Loot to Kelmarna Gardens, recreating a pickled green tea salad with kawakawa and onion weed in his restaurant kitchen, ingredients that also happened to be found in their Point England gardens.

The best part of the story? The exchange resulted in Min being offered full-time employment in Hishon’s kitchen, where he quickly found himself teaching all the guys on the pass how to properly fillet a fish. No better tale illustrates Teo’s aspirations for Breakbread. “We constantly hear about how multicultural Auckland is, we hear about quotas and debates between National and Labour,” she says, “but what are we actually doing to mix up the pot?” 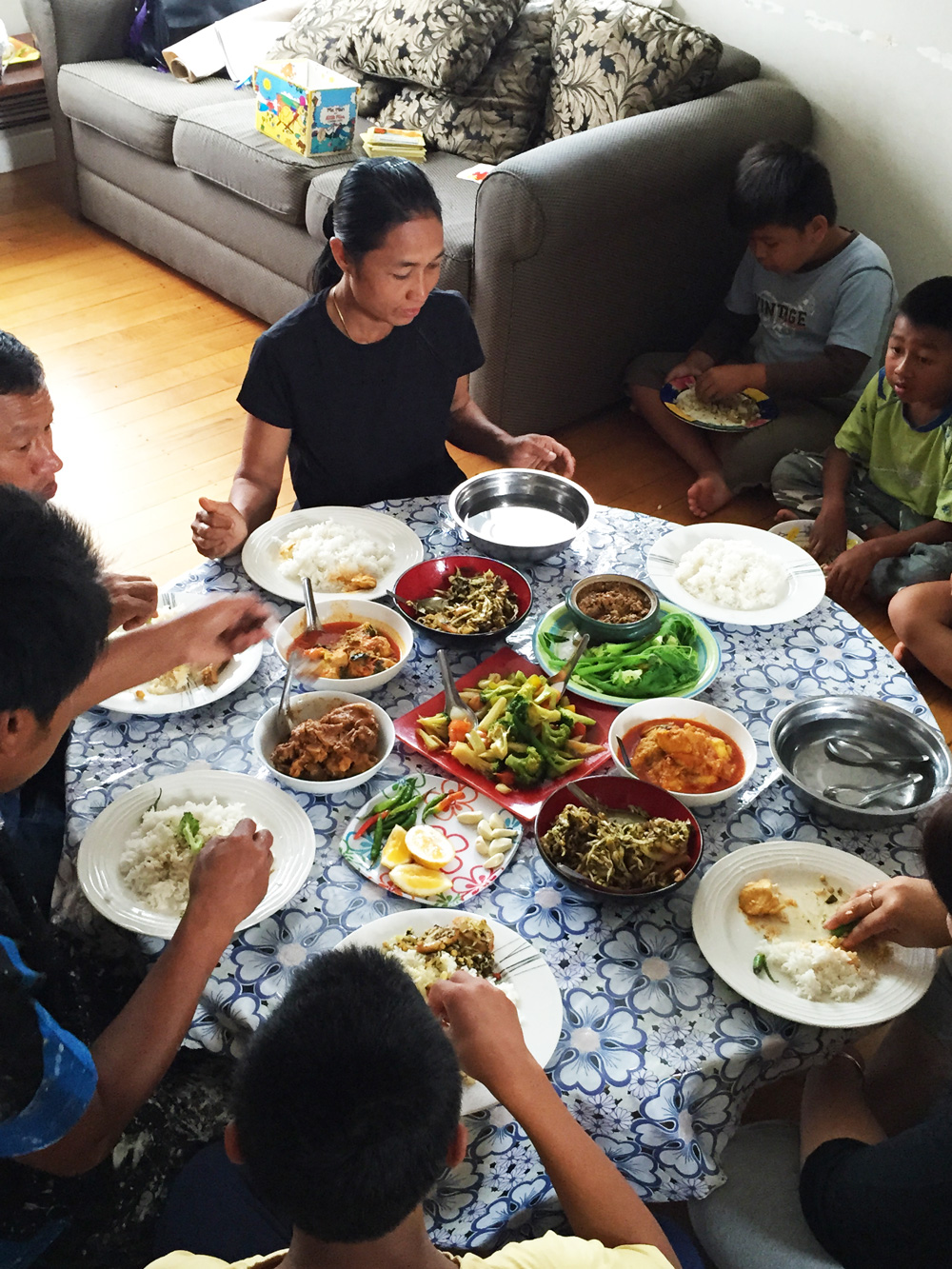 The first Breakbread event (28th May) invites speakers from media and politics to examine that question by way of “letters to my 11-year-old self”: MP Jacinda Ardern and TV3′s Mike McRoberts will speak alongside Koasorn Tun – a former Mon refugee who acted as translator for Small Victories, and Cambodian/Kiwi Linda Chhim. The film will be screened, and bread broken; a supper of Pan De Sal – a salted Filipino bun prepared by The Cult Project – served alongside the traditional Mon pickled green tea salad. Future events will be focused on other refugee communities in Auckland, the food and music of Ethiopia forming the basis of the next collaboration with The Blue Breeze Inn’s Che Barrington.

Teo’s not only extraordinarily good at bringing people together, she’s also an accidental anthropologist. “I’ve looked at the time I spent ashamed of my own culture,” she says, “I can’t take that time back. But I can try and create a new in-depth way of thinking about culture.”