What's new to eat in Auckland this January.

What’s new to eat in Auckland this January.

Auckland Fish Market revamp
After being shut for several months, the Auckland Fish Market has been re-zhuzhed by Izzard Design with eight new eateries in their sunny little spot. Fishmongers Sanford & Sons are joined by established favourites Azabu and Ika Bowl, plus some newcomers like Billypot, Market Galley, and Good Karma coffee. And of course, there are drinks to be had at new bar, The Wreck.

Ice Cream Sundae
If there was ever a month for ice cream, it’s January, with soaring temperatures making a cone extra appealing. Silo Park’s contribution is Ice Cream Sundae: a day, (funnily enough, a Sunday) dedicated to all manner of scoop-able treats, plus hot food from food trucks and drinks from the Good Karma coffee truck. 12-5pm, Sun 27 January

New opening: Satya Chai Bazaar
We’re happy there’s another spot to chow down on Satya Chai’s dusted masala fries, “Kurrayage” chicken and the dish single-handedly responsible for the decision that cauliflower is worth our time: the spiced and fried “CurryFlower”. Sammy and the team have expanded to include grilled cheese toasties with Mumbai grilled veg and masala chicken fillings, plus the option of shisha. It’s all housed in an open outdoor space decorated with their signature wooden pallets, coffee burlap sacks and, interestingly, re-purposed washing machines for tables. 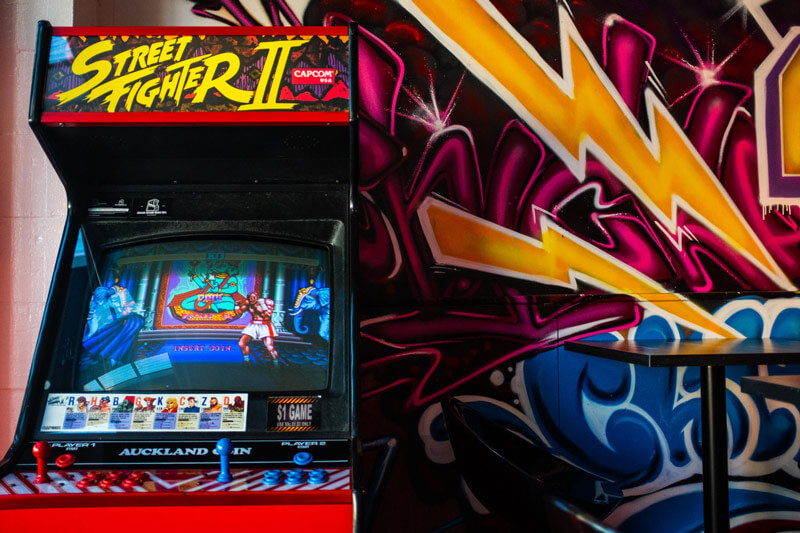 Arcade re-opening tournament
If you hadn’t noticed, Kingsland’s fried chicken joint Chicka got a new look and new name – Arcade – at the end of last year. The bad news is you missed the grand opening but the good news is they’re having another celebration to welcome in a refreshed menu and a whole lot of new arcade machines, plus a rebirth of some favourites from the original Chicka menu. Try out the new menu and see what skills you’ve retained from the 80s in an upcoming tournament featuring classic games like Daytona and Street Fighter II. Tournament starts midday, Sun 27 January

Goldburger x Culprit
Because no one can argue with a burger pop-up with plenty of beer. Auckland Top 50 restaurant Culprit has teamed up with Goldburger by Wellingtonian favourites Shepherd Restaurant. Garage Project is supplying the beers and Wine Diamonds natural wines will also be on offer. All day, Sat 19 and Sun 20 January

La Buvette: La Peche x Simon & Lee
After-work drinks never sounded so appealing. Instead of melting in front of a sitcom rerun, make the most of the summer hours at La Peche’s natural wine pop-up at Parnell’s Simon & Lee. There’s a selection of light, fizzy drops as well as the more grown-up stuff to pair with an ever-changing line-up of small seasonal plates. Open all of January, Wed-Fri evenings. Bookings welcome via DM on @lapechepopup or lets-eat@frenchfriedfood.com.

“I scream, you scream, we all scream for ice cream”
As the old saying goes, give a child an ice cream and they’ll smear it on their face. Teach a child to make ice cream, and make mine hokey pokey, please. If you aren’t already ice-creamed out, Wise Cicada organic wholefoods is hosting a vegan ice cream-making demonstration for kids over five. 10-11.30am, Tues 22 January

Bottle Stop: Beer 101 Workshops
There’s no mistaking their level of passion at Bottle Stop, where over 300 beers sit stacked up in its fridges. In this beer-mad era, it’s easy to feel like an idiot in a circle of chatting aficionados slinging around words like “hops”, “malt” and “vinous”. To be in the know, head along to this month’s Beer 101 workshop for an educational hour covering different ingredients, the brewing process, the main styles of beer and some tasting. 6.30-7.30pm, Weds 30 Jan