A Guide to Food Shopping on Waiheke 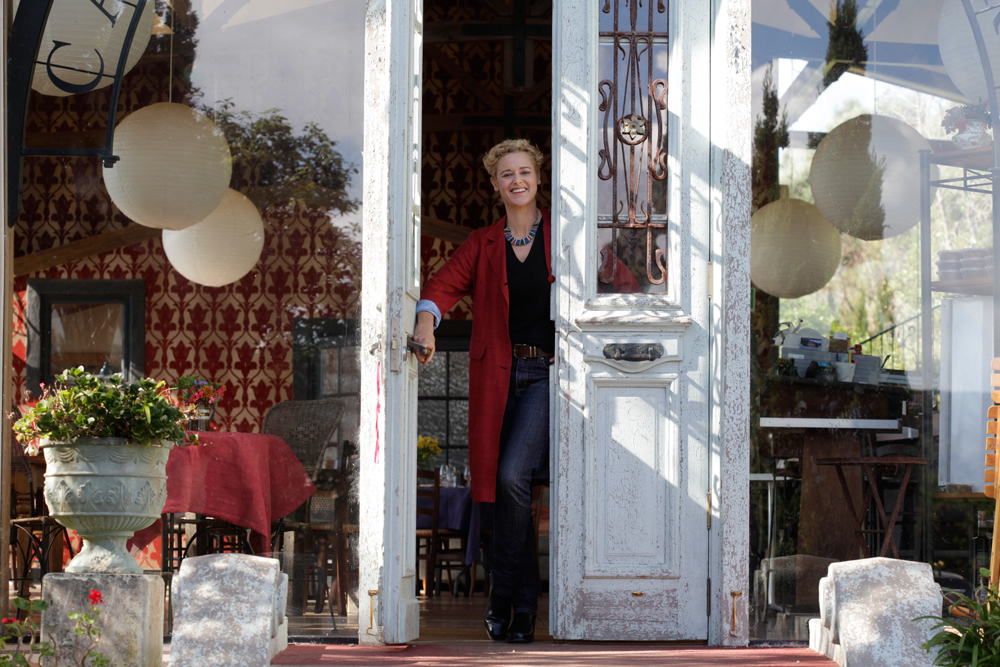 I’m on Waiheke quite a bit over summer, staying at my mum’s, and I know I’ll spend an awful lot of time wandering about the island looking for food. I take a great deal of pleasure in this — though admittedly it can be a hard place to shop when you compare it to, oh, I don’t know, Matakana.

There was a short-lived farmers’ market a couple of years ago, which was good at first and then seemed to peter out — though you’ll find local producers including the Waiheke Cheese Company at the Ostend Market on Saturdays: the pecorino is brilliant, singularly tart and acidic.

The real problem is fresh produce. There aren’t many growers, apart from the hydroponic lettuce farm down at the junction of Onetangi Rd and Man O’War Bay Rd. It’s understandable — it’s expensive to transport stuff off the island if you’re based there, and there isn’t much of a local market to support it on its own, particularly in winter. As a result — or maybe it’s the cause, I can never tell which — locals all seem to have vegetable gardens taking over large parts of their section.

I get my bread from Paddy Griffiths — he of Ringawera. You might have seen his lavash around the place in fancy restaurants. He’s the island’s best baker, operating from a beautiful little commercial kitchen perched above Rocky Bay: it has a glorious view back to Maraetai. Paddy’s ciabatta is sublime, as are his sourdough baguettes. You can buy them from Waiheke Fruit & Veg in Oneroa, but it’s not the same as bouncing down Paddy’s rutted driveway to what he calls his wharekai. There are usually some overs; ring ahead the afternoon before (ph (09) 372-2002) to see what he has.

Rangihoua is conveniently close to Paddy’s place: the Tuscan blend of olive oil is aggressive and grassy, and goes really nicely with bread. As do tomatoes, and you can get those from Low Flying Duck on the Onetangi straight. I fell in love with a heritage tomato gazpacho at The Shed at Te Motu last year, but it was only later I found out the tomatoes were grown by Mike Dunleavy — part of the family that used to own Te Motu vineyard. Eight heritage varieties, all superb.

I hadn’t realised it, but Island Coffee shifted its roastery from home to a tiny space down a driveway behind the surf shop on Belgium St in Ostend and it’s fast become a favourite. It’s been there a year apparently — it’s open only until midday, and there are a few vintage tables and chairs for you to sit at while listening to Grace Jones on the stereo.

There’s a honey stall on Cory Rd, around the corner from my mum’s place. The hives are just behind the stall, and the honey is gorgeous, crystalline stuff. Further around, on Great Barrier Rd, is the famous chutney stall, selling an excellent plum sauce, the labels all written in different-coloured markers. What’s not to like?

And in winter — sigh — I eat oysters from Te Matuku Bay, at the other end of the island. The company has a shop on Tahi Rd, in the middle of the industrial district, and also sells mussels and fresh fish. It’s a godsend on an island that doesn’t have a fish shop.

You might well get to Casita Miro for lunch — as you should — and while you’re there, check out the Casita Miro Kitchen: owner Cat Vosper is selling many of the things that have made her restaurant such a success, including her remarkable kalamata olives and roasted almonds.

For everything else, I head to the Island Butcher — just up from the main Oneroa village — and to Waiheke Fruit & Veg, which sells fruit and veg, obviously, as well as a wide range of local products. They’re local heroes, in my book.