The brains behind Winona Forever launch Major Tom, a new cafe in Albany

Practised cafeteurs Francesca Mazza and Aaron Carson have built a cult-like following during their years on the city’s hospo circuit. Formerly of Epsom’s Hello Friends and Allies, Little Sister in Henderson and owners of popular Parnell cafe Winona Forever, their reputation for Insta-worthy meals and sinful cabinet food have garnered them a significant social media posy, with followers in the thousands. Their ability to open a new site in a matter of months means they’ve long been feeding Auckland’s insatiable appetite for the new, too, and now they’re bringing a version of their signature visually-pleasing Winona Forever menu to their new cafe, Major Tom, in Albany.

A completely solar-powered, pan-industrial space, Major Tom fits snugly into the fabric of an otherwise sterile commercial area on the corner of Apollo and Orbit Drive (and yes, the name is a David Bowie reference). Outside, festoon lights are strung over wooden school-like tables while inside, polished tiles sit alongside tiny glass vases, creeping vines and potted fiddle leaf fig trees. The eye is drawn to the back wall to an impressive mural painted by Kieran Donnelly (ex-Two Hands Tattoo Parlour), the couple’s friend. 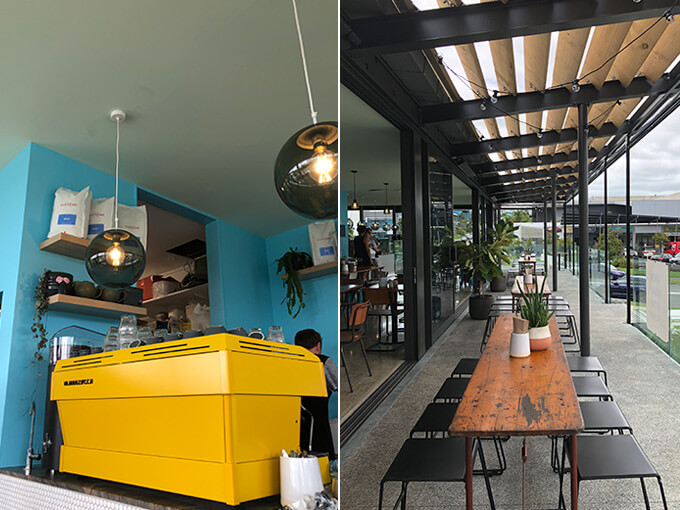 Mazza, a pastry chef, has developed a menu which reads as an extension of the couple’s other ventures: There is breakfast bruschetta with seasonal vegetables and prosciutto layered as intricately as mosaic tiles. A spinach-infused crepe comes curled around garlicky mushrooms and topped with a poached egg and flowers – the dish is meant to look like a nasturtium – and the French toast is strikingly similar to the one at Winona: a whacking great slab of house-made brioche with little dots of meringue, fruit gel and a summer bounty of berries and peach. A blob of dulce de leche panna cotta takes pride of place at the plate’s centre. 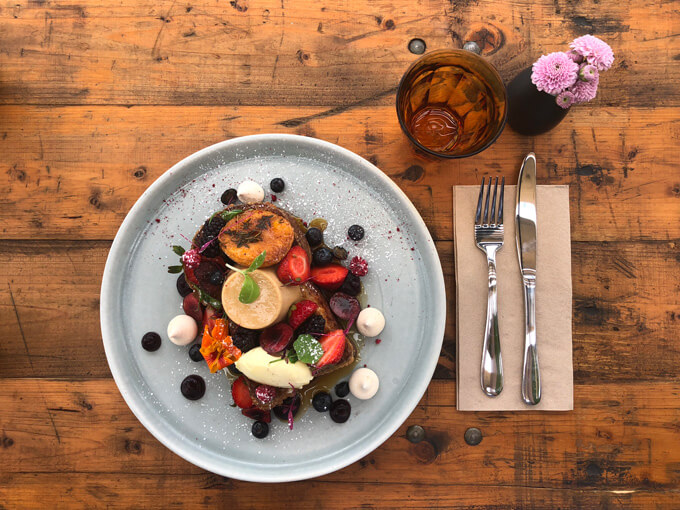 Major Tom has been an eight-month project but there are even more things brewing for Mazza and Carson. Not only are they in the process of developing café/delis in both Sale Street and Three Kings, but the couple is working alongside Chelsea Sugar and the refinery’s multimillion-dollar restoration project, on a café which is set to open in April this year.