Freaky is a minimal new cafe in central Auckland

Freaky makes the most of good produce for its 5-item menu. 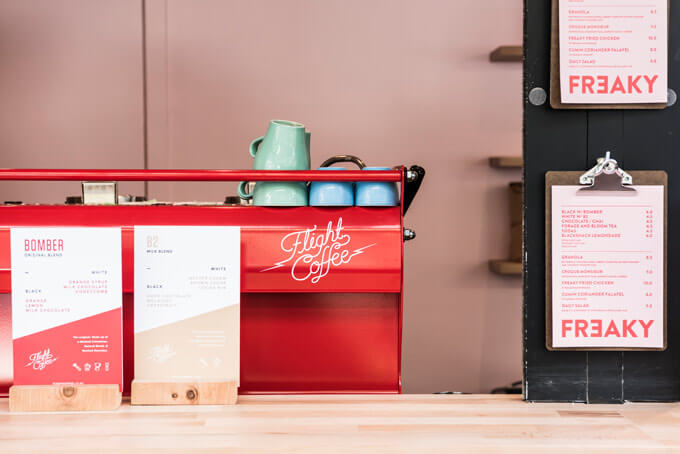 Freaky is a new cafe with a simple menu in the Auckland CBD on Wakefield Street.

Diva Giles and Logan Birch are subleasing the space for their new cafe Freaky from the neighbouring Korean Supermarket I-Mart (which by the way, sells a fantastic range of dried noodles and gimbab, or Korean-style sushi). They’ve given the canteen-like digs a good overhaul with clashing pink, white and red paint; herb, vegetable and flower gardens; and re-purposed beer crates as tables. As a result, they’ve been enjoying some of the run-off trade in the form of curious customers from I-Mart. 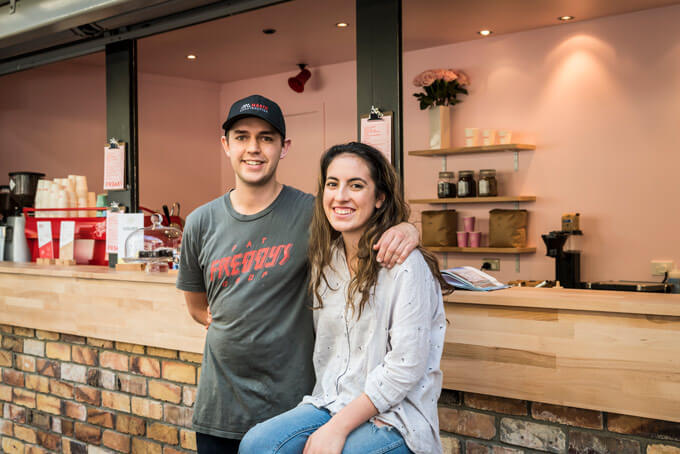 Giles and Birch, with help from designer friend Luke Lockwood, have been given free rein to make the shop into whatever they want. Provided, that is, they never undercut their neighbour by selling sushi, liquor, or Korean snacks. “I’m gutted,” laughs Birch, “I actually wanted to make kimchi.”

It needn’t matter; kimchi would be incongruous with most of the other dishes on Freaky’s five-item menu anyway. There’s granola, croque monsieur, fried chicken, falafel and a salad which will change based on whatever produce is good on any given day. 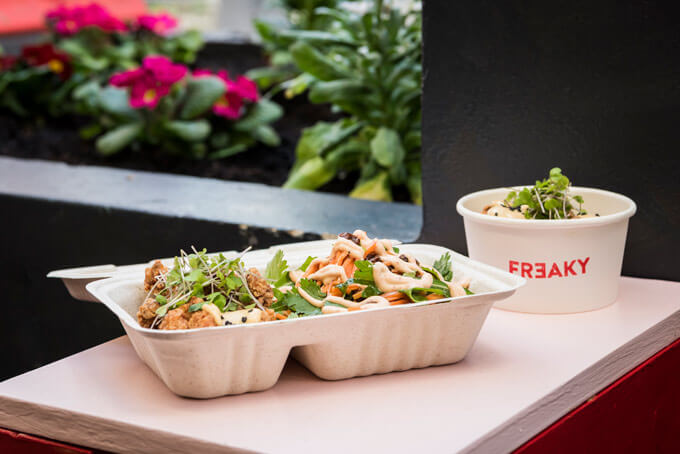 Birch, who worked at Prego before a stint at casual fine diner The Dairy in London, is used to working with what’s good as opposed to what he wants to work with. Like his partner Giles who served front of house in the same restaurants, he has an affinity for using the best produce at the best time – in Freaky’s tiny kitchen powered only by an induction plate and deep fryer, the daily salad is a nod to that.

Giles and Birch are long-time hospo workers who met at Prego and had often joked about opening their own place. Young and without much capital, this cafe will serve as a stepping stone to their dream of opening a restaurant/wine bar. They’ve partnered with other little hospo brands like Flight Coffee and Forage and Bloom tea who understand what it’s like to be a small business owner while their bigger neighbour I-Mart bolsters them.