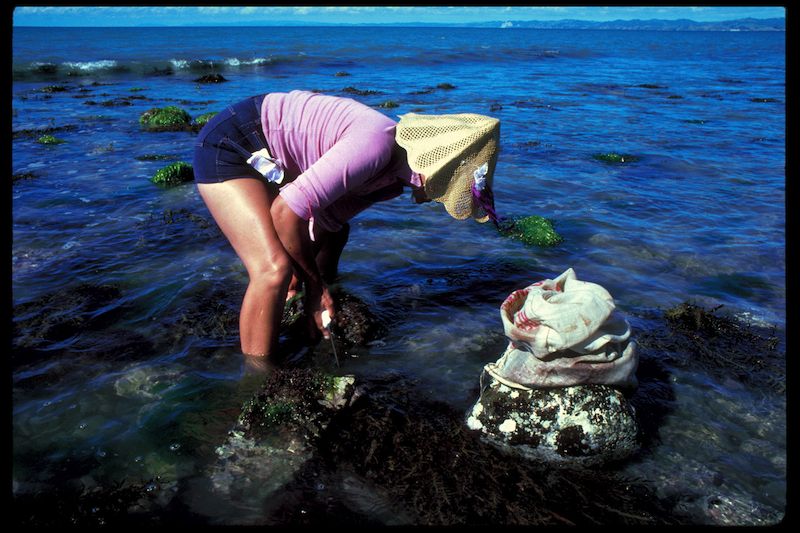 Moana My Ocean opens at Auckland Museum June 21, revealing the secrets of the underwater world on our doorstep.

The snapping shrimp are the rowdiest. Get a bunch together and they crackle like bacon fat sizzling in a frypan. Then there’s the low popping sound of gurnard and the cave-dwelling big-eye fish, the scraping of kina gnawing algae off the rocks and the sing-song of a passing dolphin.

It may not sound raucous from the surface, but the ocean is a noisy place to live. Like birds, marine creatures pipe up for choruses at dawn and dusk. You can take a dip in summer on a new moon to hear this at its noisiest, or if you don’t want to get your feet wet, listen in at Moana — My Ocean, opening this month at Auckland Museum.

The major new exhibition draws on the museum’s extensive collection and taps into research by local scientists to unveil what surrounds us in the marine environment, from trippy psychedelic-like phytoplankton to frothy mid-ocean boil-ups, and the inky depths of the 10km deep Kermadec trench.

The noisy stuff comes from world-leading research at the University of Auckland’s Leigh Marine Laboratory. Dr Jenni Stanley has been studying the effect of ocean sounds on crab and crayfish larvae. The crustaceans begin life as eggs released by their parents from the rocky reef to drift hundreds of kilometres offshore. During this big OE, which can last up to two years, crayfish transform into larval form phyllosoma, which Stanley describes as “this big, flat, transparent, squashed-spider thing. It’s amazing.”

By the time they get to the next life stage — pueruli — they are juveniles in recognisable crayfish form but tiny and still see-through. They develop strong swimming tails and a sense of purpose. They need to get to a suitable reef where they can settle down and find food. That’s where the noise comes in.

Stanley’s found the crab and crayfish larvae are able to determine the way back to their home environment by following its sound. They will respond to recordings of a rocky reef near Leigh rather than the much less welcoming sound of surf and sand at Pakiri. (Perhaps the Auckland Airport international arrivals hall should play a soundtrack of munching kina rather than native bird calls to lure back our wandering youth.)

As in any good eureka moment, Stanley

made a big breakthrough in her research by chance. She accidentally left a recording of reef sounds playing in a tank. “I went back a few days later, not realising I’d left the speaker on, and all these larvae crabs had metamorphosed to the next stage.”

The sweet, sweet sounds of the reef had prompted a physiological change in the crab larvae. “As well as it being a behavioural process where they pick up on the sound and swim in the right direction accordingly, sound is also triggering a set of physiological responses within them to go, ‘I’m ready to change my body structure to my next phase in my life cycle,’” says Stanley.

The results are marked. The young crabs were changing form and settling at rates up to 60 per cent faster than the creatures who didn’t hear the sounds of home.

The research is still in its early stages but it has the potential to have wide-ranging repercussions and raises more areas of inquiry. Would setting up speakers on rehabilitated reefs playing healthy reef sounds encourage marine life to settle an area where inhabitants have previously left or died off ?

And if animals are using the sounds of the reef to get somewhere as vital as the place that they are going to spend their adult life, what effect do the unnatural noises humans make in the sea have on that journey? Stanley usually has the low thud of ships engines throughout her recordings. Coastal construction and tidal turbines also contribute foreign sounds.

“People don’t really think about putting noise into the underwater environment because they don’t think they could be masking other sounds,” she says. “It could mask the sound of the reef or it could potentially produce a false settlement cue.”

Work that Stanley has done with the National Institute of Water and Atmospheric Research (Niwa) shows the generator sounds of vessels in ports increase the rate of bio-fouling on ships, attracting organisms such as mussel larvae to latch onto the ships’ hulls.

“It has huge implications,” says Stanley. “Everywhere we look there is a potential for another research area.”