Why you should look forward to Elemental AKL, Auckland's returning wintertime festival

Elemental x Metro: Auckland’s wintertime festival, Elemental AKL, is back for its third year and has a lineup of over 30 events and experiences happening all throughout the region.

We’ve got some good news: Elemental AKL has returned for another year. Off the back of a successful post-lockdown festival delayed by Covid-19, Elemental is gearing up for another eventful programme which celebrates the best of Auckland.

From 14 July-1 August, you can expect a curated showcase of culture, cuisine and creativity that makes our city an ideal winter destination to have a good time. Though the weather may get a little chilly, a packed line-up of surprising, eclectic and interesting events are tailor-made to get people out of the door and into an experience they might have never otherwise come across. There’s a lot to do, whether you’re a visitor, or just an Aucklander wanting to insert some joy into a lonely wintertime social calendar.

Elemental AKL is loosely split up into arts, beats and eats and ranges from high-end ticketed to free events all over Auckland, and it’s super easy to curate your own Elemental festival here. One-off special nights and offbeat affairs will sell out quickly, so it pays to get in early.

There were some big late-additions, too, including Takurua, a dinner theatre show inspired by Māori and Pasifika performance and hospitality, and a seafood festival at Te Hana marae sharing culture and Kaipara kaimoana.

Metro talks to Richard Clarke, Head of Major and Business Events at Auckland Unlimited, about how it all started, what makes Elemental AKL something to look forward to, and which events you’ll catch him at once the time comes. 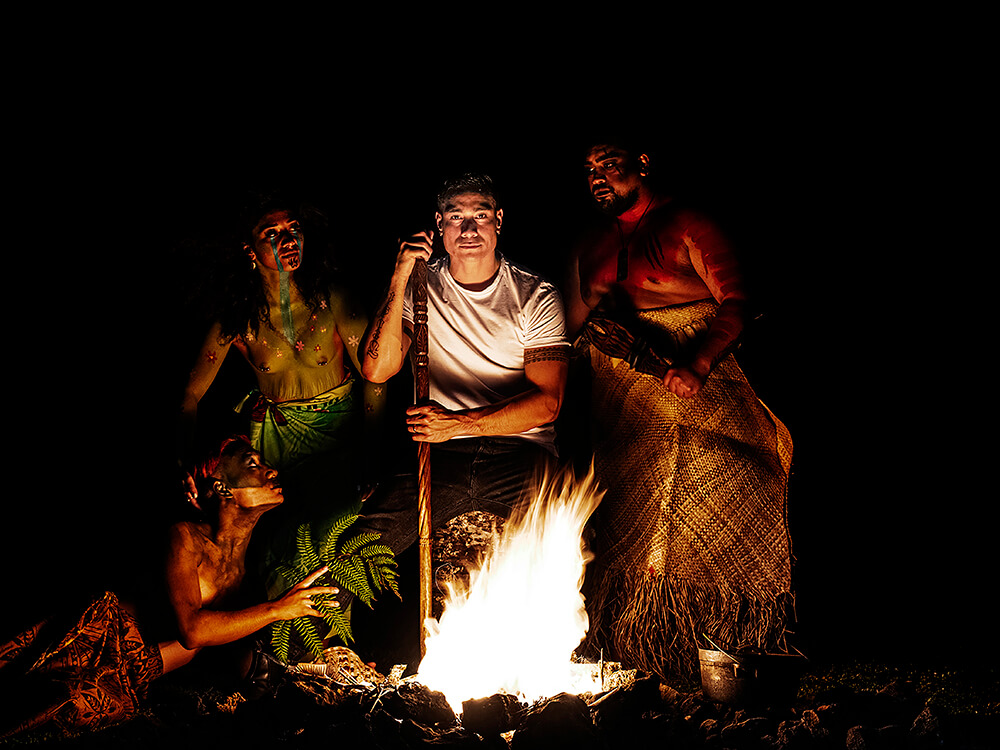 Takurua, a dinner theatre show inspired by Māori and Pasifika performance and hospitality

Metro: Hi, Richard. This is the third year of Elemental, but could you tell me how it first came about?

Richard Clarke: Yeah, of course. The original strategy behind Elemental was to create a winter event programme to support the tourism sector and increase visitation to Auckland, and to also provide different opportunities for Aucklanders to get out and about over the winter period. It’s probably evolved a little differently than first thought due to last year, since there was some disruption [laughs].

How would you say this year’s festival is different?

There’s the same great content coming back, with an increased focus on music this year. We’ve been able to expand our partnership with LiveNation around their Elemental Nights concert series, with an exciting line-up including a Flying Nun 40th Anniversary concert. I also think it’s growing — we’ve got events like Synthony that started playing at the Town Hall but now fills Spark Arena and has continued to grow over the course of the festival; food stories such as the Culinary Crawl in Onehunga that was sold out last year, come back, and sold out again. This year, people will see things that they are familiar with – events that they are expecting to see as part of Elemental – as well as some exciting new events too.

What are the headline events this year?

As well as those ones I just mentioned [laughs], it’s really hard to highlight too many, because they’re all so different. For example we’ve got a really interesting addition with Geoff Sewell, the New Zealand tenor, founder of Amici. He’s partnering with Josh Emett to create a five-star dining and opera experience at the Park Hyatt. A new dinner theatre show inspired by Māori and Pasifika performance and hospitality – Takurua, the seafood festival up in Te Hana, Ballet Noir, Street Eats, and there is even an East Auckland Art Trail. The Matakana Coast region will also be hosting multiple events up there.

But it’s really the collective of all the smaller items, from food, to performance that make Elemental. 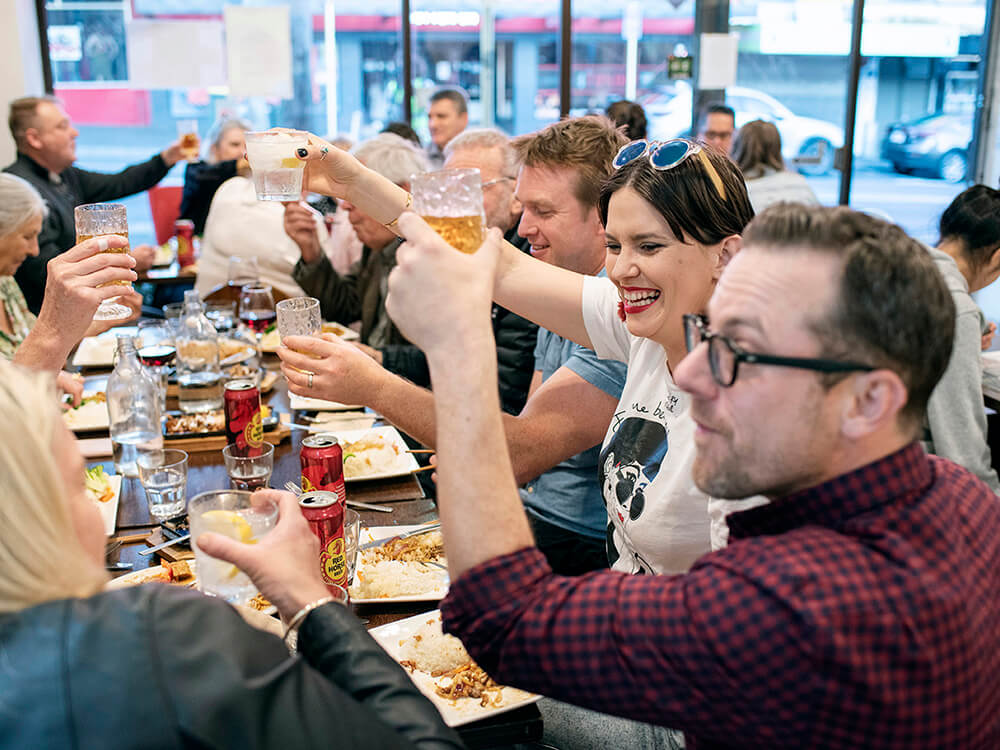 At the Onehunga Culinary Crawl, photography by Anna Tang.

What are the key benefits that this particular festival has to Auckland?

Elemental brings together a number of event promoters under one banner. So a key outcome for this is that, in particular during the Covid pandemic, we give support to the events, accommodation and hospitality sector. So rather than just trying to leverage their own event during that winter period, we can place it under a collective banner; Elemental has that cumulative multiplying effect of highlighting all types of events and encouraging people to experience more than just one. People just don’t realise what a rich and diverse events landscape we have during winter, and once they see what’s on, a large number of the events sell out. It’s definitely been a great addition to the events calendar for the city.

How much did Covid play into the preparations for this year’s festival?

I think the sector has a lot more stability this year. While there’s still a lot of pressure on coming back from Covid, we’ve seen in the last six months that people are not only able to get out and enjoy events, but are doing so. Things like Six60 and LAB selling out massive shows, and then the America’s Cup Village was booming. There’s still the overhanging concern over level changes, but the benefit we have a year down the track is that all events go in with a plan of what they do or don’t do under a Level 2 or Level 3 scenario.

I know it must be busy behind-the-scenes at that time, but do you have any personal events that you’re going to, or are looking forward to?

Definitely. I think I’ve mentioned it a few times… Synthony. And the Geoff Sewell and Josh Emett collaboration will be a really unique experience. Any of the food events, really. I haven’t experienced a Silent Disco yet personally other than outside of it, but that will be a first, maybe. Events this year are all over the city, too: there’s another Josh Emett Oyster Inn Masterclass out at Waiheke, a Michael van de Elzen All Things Mushroom event at Muriwai. There’s so much there so it’s hard to pick just one.

That’s one of the focuses; we’re not looking for the same in Elemental. It’s a celebration of something different, and it’s a chance for people to do something that they wouldn’t do in their normal program, to introduce people to what they do in another way.

This article was created in partnership with Auckland Unlimited. 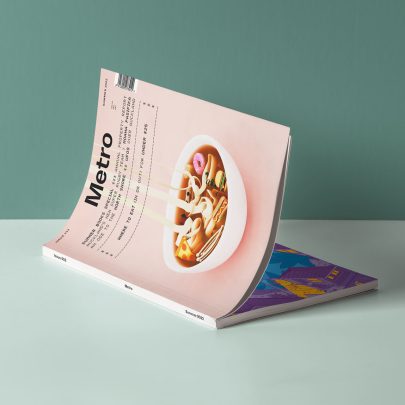