Getting to know an old friend.

Most Aucklanders have some sort of relationship with The Civic, whether that’s by attending shows as an audience member, craning your neck to watch the stars before the lights come up on stage, or something as simple as regularly walking past its grand facade on a visit to Queen St. It’s a constant; an icon; a way to mark exactly where you are in the city; a landmark to meet friends at. It’s also a building rich in history, with unique character, doors that open to lush, red-carpeted rooms and hidden nooks, and plenty of secrets to discover.

The hour-long Civic Tour starts in the foyer, where you’ll learn a bit more about its beginnings from your guide: when construction first started, when it opened, and who exactly was the man who started it all, Thomas O’Brien. (Spoiler: The Civic opened in December 1929, some eight months after construction started, which, as it was to be built during the Depression, had no shortage of people who wanted to work on it, with lines curling around the block.) It’s an overview which sets the scene for the rest of the tour, that takes you up the stairs and behind the Flamingo-embroidered curtains.

A highlight of the tour includes a peek into the projectionist’s room, only reachable by ascending a squeezed-in staircase. There you’ll also find a projectionist view of the grand theatre through a series of small windows, poised high above all the red seats. We also loved heading onto the stage, bouncing up and down on the slightly springy floor, and then heading underneath to see how various trap doors could be put in if a production needed it, or where the silent gold panthers get caged away when they’re not wanted. There were a few other gems underneath the underneath, too; we don’t want to give it all away, but there’s apparently a taniwha lurking in the river beneath The Civic’s floor, which you may or may not get to see. Then there’s an astronomical star show; a visit to the rarely-used opera box; and more insight into what goes on behind-the-scenes. 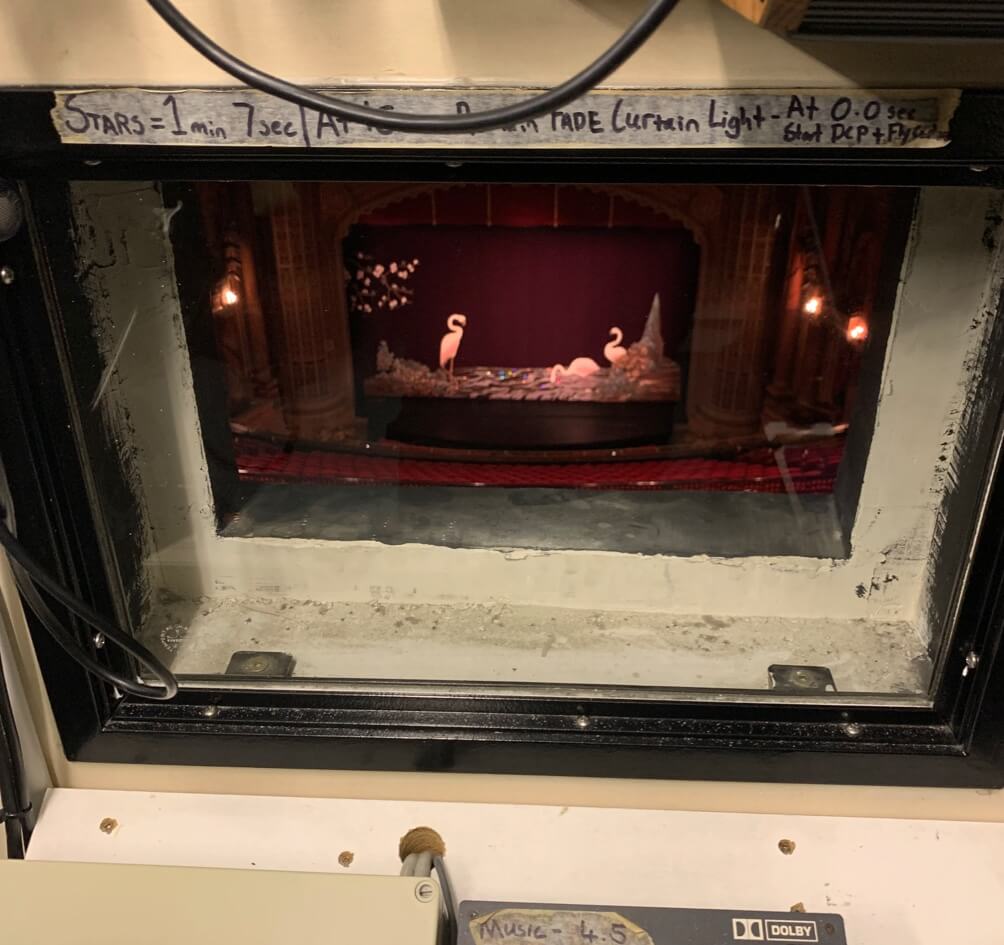 View from the projectionists box

All throughout, the tour guide will talk you through a series of stories and anecdotes, dropping interesting facts about the past and the present – what kind of celebrities have been in which dressing room, for example, or what happened during specific productions. While you’re walking around, the guide will point out compelling details about the interior, too, like how the ornate ceiling in the waiting area before you take your seat in the Circle is stained brown from the nicotine from the cigarettes of the pre-show audience, or how the prevalence of elephants, Hindu iconography, and various nods to creating an “Arabian Nights” atmosphere was an attempt to emulate a generic exoticness; a land far, far away from Auckland.

It’s an ideal way to spend a small slice of your day soaking up a bit more about what makes Auckland, Auckland – and, next time you drop in for a show, you can impress your friends by imparting exactly what you’ve learned.

The Civic Tours run throughout the year on Thursdays and Saturdays. For more information, and to book your tickets, head to aucklandlive.co.nz.