This piece originally appeared in the December 2016 issue of Metro magazine. With work on the K’ Rd end of the CRL is finally beginning, we resurfaced it from our archives.

Auckland’s Mercury Plaza stands in the way of the City Rail Link – and so it has to go.

Sunday evening at Mercury Plaza. The hungover and the hungry converge to escape the rain and to sit around wobbly plastic tables with big, gaudily coloured bottles of soft drink as their centrepieces, steaming mounds of Asian food before them; overhead, every third or fourth fluorescent light is dark, and the stationary fans on the roof are a faded memory of functionality.

A row of video games — “Sega Dayton USA” and “Street Fighter II” — and a couple of pinball machines blink maniacally downstairs, ignored by everyone except a little boy with no coins who, in his optimism, nevertheless pushes the buttons and toggles the joysticks.

Cooking oil haunts the air, the sound of flip-flops slapping the floor echoes off the walls, trackpants abound: the whole complex — half a dozen or so extant food stalls, another half dozen now abandoned, the New Gum Sarn supermarket — feels like an enlarged version of childhood’s corner fish-and-chip shop. For rapper Louis Knuxx, whose recently released album, Tiny Warm Hearts, features a track titled “Mercury Plaza”, the place is a “greasy dream”.

It’s one that will soon be over. Mercury Plaza, 22 years old, will in the next few years be demolished to make way for the storage of equipment needed in the construction of Karangahape Station for the City Rail Link. As the many cranes of the Auckland skyline pull the city and Karangahape Rd ever upwards in the name of progress, places like the much-loved Mercs, as it’s known, are making way.

For Knuxx — with whom I shared one of the four or five meals I ate at Mercury Plaza over the week before writing this story, both of us stooped over enormous portions of Thai food from Ruang Thong — it’s a prospect that makes him uneasy. “You know if you drive past a house you lived in when you were little and they’ve changed it all — like they’ve put another fucking level on, painted it a different colour, put a massive fence up — even if they’ve made it better, it makes you sad. It doesn’t look like your house anymore. [The change is] comparable to that.” 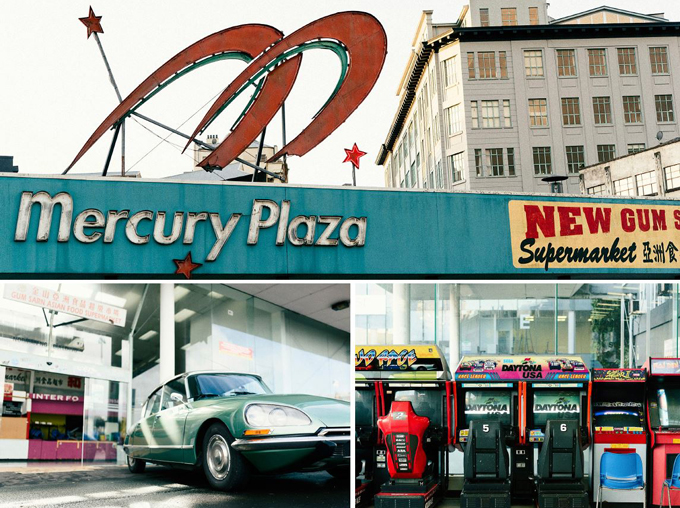 Knuxx sees the closure of the Plaza as symptomatic of the gentrification — upmarket restaurants, boutique apartment blocks, the redevelopment of St Kevins Arcade — of a precinct that has, he says, always been inherently weird, populated by miscreants, the mad, the homeless. “As places disappear one by one and [K’ Rd] slowly morphs into Ponsonby Rd or whatever, it’s like, ‘Fuck, there’s already a Ponsonby Rd.’”

Attracted to the seedier side of the city, the smell of innumerable ciggies clinging to him, heavily tattooed — revealing with every blink the dollar signs inked onto his eyelids — Knuxx sees the inner city changing. Not comfortable in somewhere like Ponsonby Central, where conversations centre on “groaning about work hours or petrol prices”, it’s in the grubby comfort of places like Mercury Plaza, its walls stained with, among many other things, the “safe secrets of the poor, mad and creative”, where, for Knuxx, the heart of the city resides. 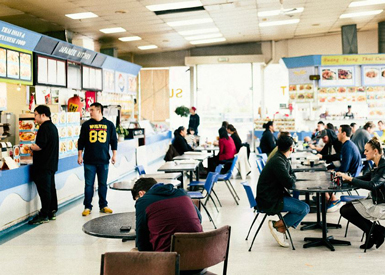 At the time of writing, a petition to save the complex has 2753 signatures and the Mercury Plaza Worship Group on Facebook has 1475 “likes”. I asked Knuxx why a place like Mercury Plaza (“It’s fucking gross, right?”, he said — affectionately — at one point) inspires such devotion in its patrons. “Yeah, that’s weird, right? I guess people like things that are familiar and comfortable. I think it comes down to comfort. The idea of those things going, things that you’ve known for a long time, is upsetting.”

“Mercury Plaza”, the song, conflates a relationship that, while “kinda shit”, is familiar and warm — “ugly but beautiful”, in Knuxx’s words — with the narrator’s experience of Mercury Plaza. Ending that relationship would mean stepping into an uncertain future, just as Aucklanders might be apprehensive about the city’s development.

This piece originally appeared in the December 2016 issue of Metro magazine.