Has Dalton Papalii cured the Blues?

A product of the school rugby arms race, flanker DALTON PAPALII is helping the Blues get back their identity — and their form.

They’re lined up in the crushed-chalk carpark at the Blues training base in Epsom. Ford Rangers, Toyota Hiluxes and the odd Holden Colorado. All of them have spotless trays. Dalton Papalii laughs when I mention this observation and ask him if the first pay day after you become a professional rugby player is spent at one of the car yards on Great North Rd perusing which gigantic ute you’re going to buy. “Ha, the smart blokes save their money… but there’s not a lot of smart ones! Nah jokes, we travel so much and traffic in Auckland is terrible so you might as well enjoy sitting in an all right car.”

The 23-year-old freely admits that most days he rides the clutch on his Hilux all the way from Papakura to Alexandra Park, just like the majority of other Aucklanders on their way to work. He’s got a 1971 Jaguar XJ6 with 350 Chevy engine sitting in the garage at home for special occasions, but his pride and joy rarely makes the trip up the motorway to training. “I don’t like to show it off. When I bring it in the boys leave their coffee cups and banana peels all over it.”

The city’s rugby players are not immune to the grind that affects most weekday workers in Auckland. As Papalii is quick to point out, their job is 8am–5pm, so he’s spent more than a bit of time on the Southern Motorway since moving out south.

That might be why the Blues have managed to gain back a bit of the identity that many felt they’d lost in the almost two decades of searching for a fourth Super Rugby title. Papalii is one of the new breed of Gen Z rugby players who grew up knowing what their career path was going to look like. Rugby at an elite, professional level is really all he’s ever known.

Standing at 6 foot 4 and clocking in at 113kg, the loose forward with a reputation as one of the best tacklers in the game has been in exceptional form this year, despite the Blues’ up and down season. It’s something that plays on Papalii’s mind, as given the concentration of media and resources in Auckland the team is generally under far more scrutiny than the other four New Zealand sides. “Complacency has caught us out,” he says. “We were coming off the back of a good season last year, but I think we listened to everyone saying we have a killer forward pack and our backs are fast. Then we go and lose to the Chiefs and we’re back in the situation we were in before.”

Papalii invited me to a ‘chill-out’ space after the team’s Tuesday training in preparation for a game against the Brumbies at Eden Park that weekend, complete with bean bags and bunks for when players need a rest after their strenuous gym sessions that take place across the corridor. The sprawling set up can accommodate the full 41-man squad, and has the feel of a high school common room, which is fitting given most of the guys who come in to relax aren’t too far out of school themselves.

Papalii is one of them, but had it not been for a twist of fate he might well be over in Australia right now, sitting in a similar room for an NRL club. He grew up in Howick, a place he calls “safe and where the people are lovely”, turning out for the Hornets league club till one day he made a deal with a friend. “I said if he played league with me for a year then I’d play union the next season. That year I made the Roller Mills team and one of the coaches at St Kents saw me.”

Until it ended in 2019, the Roller Mills tournament was the second oldest provincial rugby competition in the country, after the Ranfurly Shield, and brought together the top players under 13 from the upper North Island for an annual tournament. Dating back to 1925, it played a part in producing dozens of All Blacks. It also provided a handy showcase for top Auckland colleges to offer scholarships for prospective players, something that has seen Papalii’s old school St Kentigern be accused of rigging the system in their favour.

Papalii admits he’s “biased” towards the Auckland 1A college grade, despite its controversial image (St Kents were last year the target of a protest by other schools, who threatened to boycott matches with them if they didn’t change their recruitment strategy). He is the product of a system that a lot of people see as the problem with rugby right now — snapped up by a private school and planted in an already powerful First XV to help them win another championship. It’s been a point of contention in the rugby community, with many labelling it an ‘arms race’. The more cynical see it as a way NZ Rugby can develop professional-level players without having to pay for it. 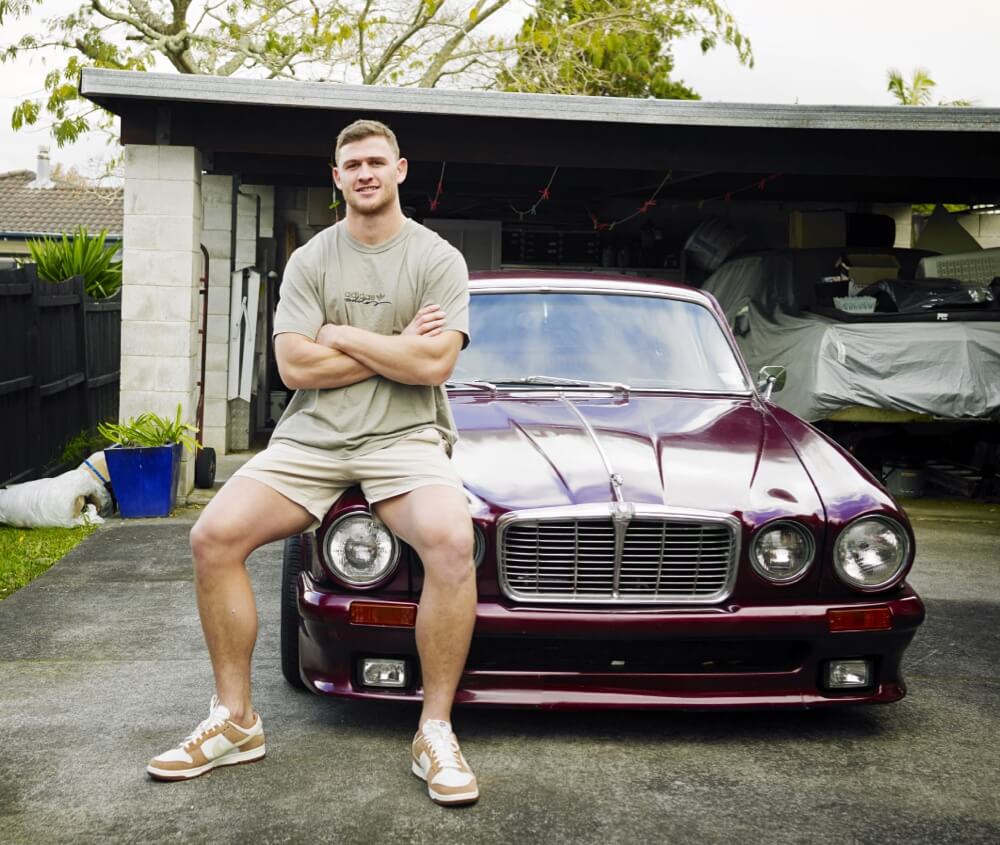 But Papalii is adamant his time as a scholarship student at the $22,000-a-year school put him in a position to make the All Blacks. “If it wasn’t for going to St Kents I wouldn’t be where I am now, because I got the opportunity to make a career out of [rugby]. I got the exposure. They create good habits at a young age with the facilities and environments they have there. They make athletes. I wasn’t the smartest kid at school but I went looking for [academic] help and they welcomed me with open arms. I got tutored at lunch time and all that.”

It’s hard to argue with Papalii’s assessment. His St Kents side won the 2015 1A competition, he made the NZ under-20s side the next year, and then the Blues and All Blacks shortly thereafter. He’s not alone, either: Caleb Clarke’s career followed much the same path out of Mt Albert Grammar, while promising fullback Zarn Sullivan was plucked from Hawke’s Bay to attend King’s College. “I think with this group what’s different to when I first got here is how we’re connecting so strongly off the field. That doesn’t mean booze, it’s just catching up somewhere close by.”

One of those close-by places where you might find the team is a flat inhabited by several members, flame-haired fellow flanker Tom Robinson, Adrian Choat, James Lay and Sam Darry. Despite their propensity to litter his Jag with their trash, Papalii is fond of his team mates and enjoys the time he gets to spend off the field with them. “Those boys are welcoming to anyone, it’s good to go break a bit of bread with them. Just yarning and getting to know each other off the field. I think in Auckland it’s hard to connect because we’re all so far away, so having a place like that over the road is so handy. I sometimes say, ‘Come over to my place in Papakura’, but no one wants to drive that far.”

The signs are there that the Blues can become something special. Next year they welcome back Beauden Barrett and acquire the outrageous talent of Roger Tuivasa-Sheck, which will mean even higher expectations for them to break their title drought. Papalii has another year on his contract and is under no illusions about what playing for the Blues will be about as long as he’s there. “I think we have to keep ourselves in check, roll our sleeves up and do the dirty work.”