Six Alternatives to Buying a House in the Auckland Suburbs

For many people, the old dream isn’t looking so good. Especially now there are very real alternatives on offer.

There’s no doubt that renting is relatively cheap at the moment — at least in contrast to the massive and growing expense of owning.

Shamubeel Eaqub, principal economist of the New Zealand Institute of Economic Research and a passionate proponent of the benefits of renting in the current market, says that his two-bedroom Grey Lynn home would cost 2 to 2.5 times more in weekly payments to own than it does to rent.

Of course, while renting, Eaqub is missing out on the wild capital gains accruing to home owners, but he says that disciplined renters in recent years could have had rates of return from other investments, such as equities, that were in line with the returns from the property market and could have done so without the heavy debt burden incurred by many home buyers.

Obviously, without home-loan-sized borrowing available to invest in equities, the actual dollar returns are lower.

While renting offers lifestyle flexibility and the ability to save as much or as little as you want, it doesn’t offer the stability — the putting down of roots — that goes with owning your own home, at least not yet.

“Our rental market tends to be one of the most restrictive in the world,” Eaqub says, “in terms of tenure length, what kind of reasons you can be given to move out, how long the notice period is, how much alteration you can do.

“If we are able to improve the rental market for the people who are currently priced out of the housing market, it would make their life much better and it would give a viable alternative to buying, which is financially quite ruinous for some people.” 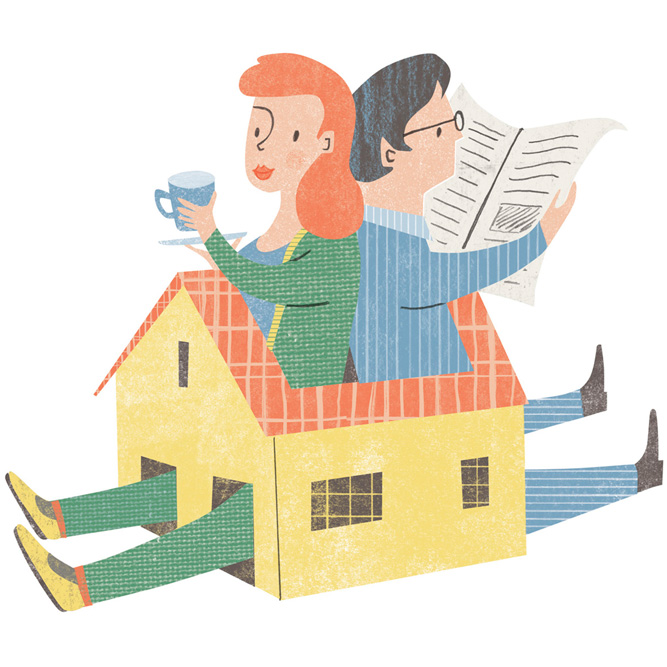 Good-quality tiny houses can be built for next to nothing and because they are generally built on trailers and registered as vehicles, they don’t have to go through the usual building consent process. They really are tiny — 15 square metres is about standard — but use clever design such as loft sleeping spaces to maximise the space.

Tiny houses provide a solution to the problem of banks not lending on small dwellings by offering a total build cost that is lower than the deposit on most suburban homes — typically around $30,000 for a quality dwelling.

There are many good things about tiny houses: they offer a lower-cost entry into the housing market for singles and couples, they’re environmentally friendly to build, and they’re generally highly energy efficient.

But they need to sit on land, and land is not cheap in Auckland. And their size means owners need to be comfortable with having few possessions, a complete absence of private space and a relative inability to move around inside.

The term “tiny house” has only recently taken off in New Zealand, but it’s a big trend overseas and there’s a growing amount of expertise and examples in Auckland, and not just among the stereotypes you might imagine.

“If you’ve got a big section somewhere and you can put a tiny house on it, that’s got to help first-home buyers,” says New Zealand Property Investors’ Federation executive officer Andrew King. “It doesn’t mean they have to live there for the rest of their lives.” 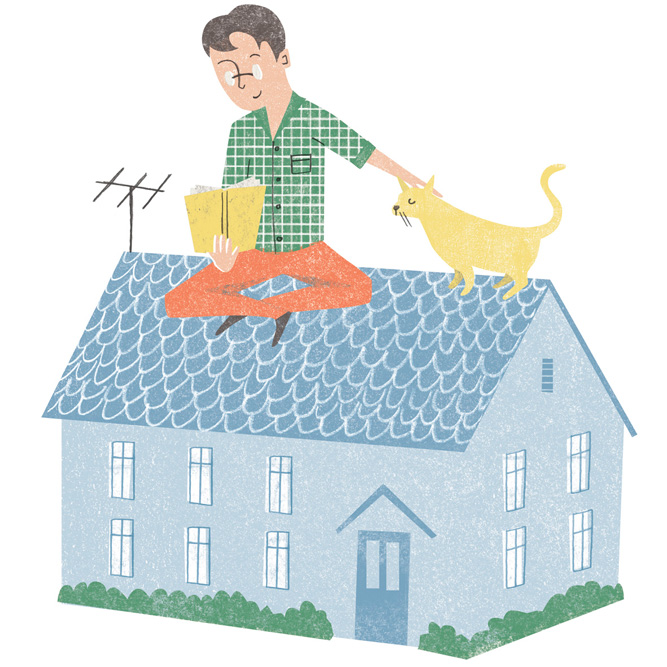 Jason and Stephanie Strong took on their first house-sitting job three days after they were married, aged 21. Over the next year, they paid rent for just 10 weeks.

After three years of full-time house-sitting, they bought the agency they worked for, The Housesitting Company.

That agency now has about 700 house-sitters on its books, with about 120 of those people actively working.

Jason Strong says there is a finite lifespan to full-time house-sitting, typically one to two years. The company has recently had several sitters leave the agency, having saved the deposit for their own home. One of them, Veronique Briatore, was with the company for 12 months and said she wouldn’t have been able to be a home owner without going house-sitting.

One of the big issues confronting would-be house-sitters is establishing credibility, so homeowners feel confident and comfortable having them look after their properties.

“When you start out, you’ve got to go for everything,” Strong says. “You take four-day and seven-day jobs that look like a waste of time so you can build a reference base and start getting consistent customers who ask you to come back.”

Although it sometimes means living in fantastic houses for extended periods — one of the Strongs’ sitters has been looking after the same home for 14 months — house sitting also involves a lot of uncertainty. During their house-sitting days, Strong’s work commutes would balloon to 90 minutes or more as they moved around Auckland. But if you want regular placements, you do what needs to be done, he says. 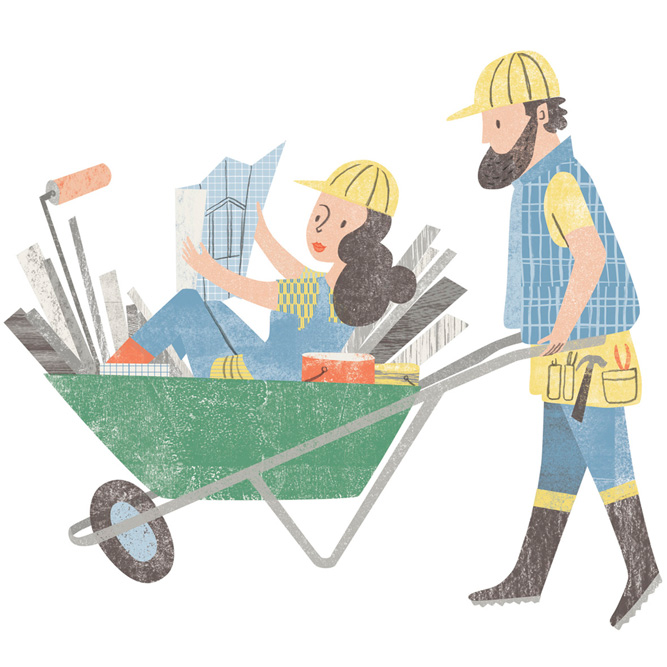 Building a new home is becoming an increasingly popular way to get into the Auckland property market, says Bruce Wiggins of QV Home Value.

One of the big advantages is that new builds are exempt from loan-to-value restrictions, so there’s no need for the standard 20 per cent deposit. New homes are also generally energy efficient and eco-friendly, incur lower maintenance costs and can also carry a 10-year Master Build guarantee.

The big issue is land. Outside of new subdivisions — often on the city’s extremities — it  can be hard to find land on which to build. When land does become available closer to the city centre, its dramatic rise in value over recent years has made it relatively unobtainable for potential first-time builders.

If you’re building in a new subdivision, there is often a delay before schools and shops appear, and the sub­division itself can be visually unappealing while trees and plants mature.

Under the Auckland Plan, however, land is being freed up for development, particularly in a range of special housing areas across the city.

Wiggins says it can be challenging to project-manage the building of a new home, and budgets can often be exceeded where builders are not acting on a fixed-price contract.

If it all seems a bit much, and a customised design and build is not important, he says a good solution is a house-and-land package, which can provide a professionally designed home at a competitive price. 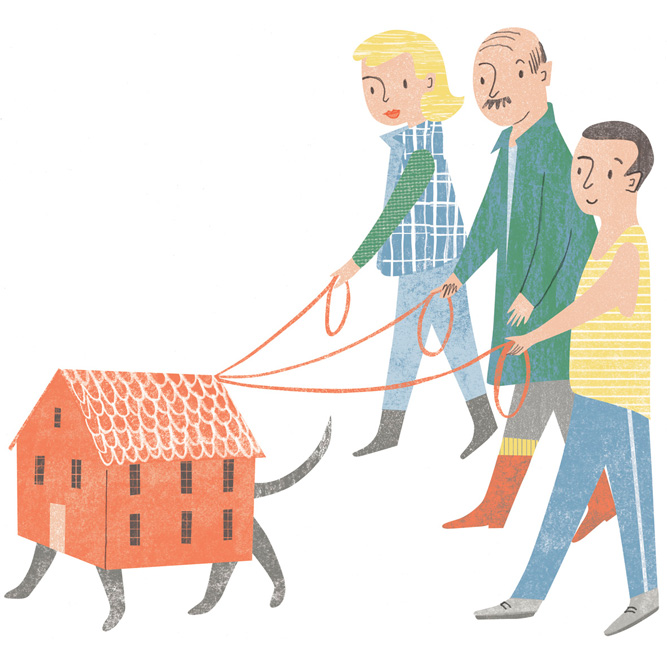 Co-operative housing is big business in Europe, but is effectively a foreign concept here. It comes in a number of forms, usually with the prime objective to provide affordable, quality accommodation.

Co-operatives use a democratic model of one person, one vote and, among their benefits, encourage a sense of community among members, fostering neighbourliness and social cohesion. They have often also become models of sustainable development, committed to energy efficiency and reducing green­house gases.

In exchange for the benefits of co-operative living comes a relative lack of independence and an inability to make unilateral decisions, a significant mind shift for a city so used to the principle of one home, one family.

The New Zealand Housing Foundation is one place that offers a co-operative-style entry into housing. Among its range of programmes to get people into housing, it offers a shared-equity deal where buyers and the foundation take shared ownership of a home. Unlike the European models, however, it’s a charitable trust aimed primarily at those on low incomes, and applicants must meet criteria regarding income level and assets. 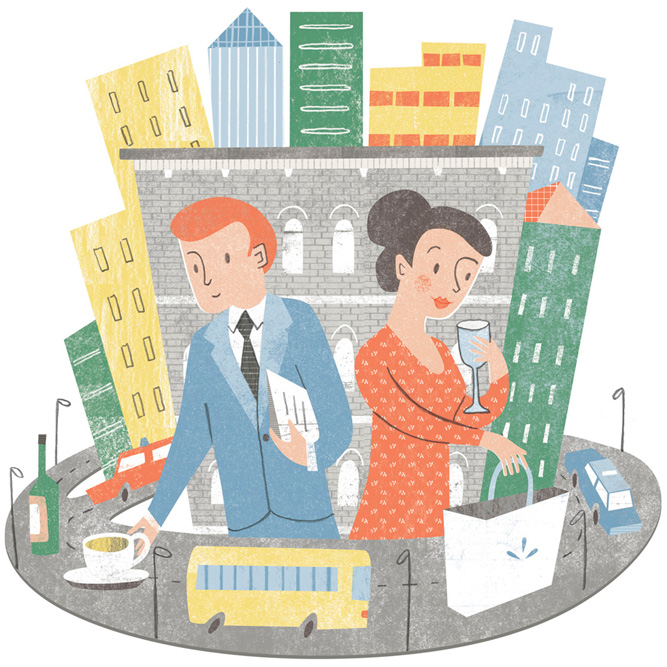 Many of the apartments built in the early 2000s were poorly designed, small and leaky. Then, in the wake of the Global Financial Crisis, the glut of apartments on the market devalued them more than standalone homes.

As a result, borrowing for apartments can also be difficult. Banks will typically lend only 30 to 50 per cent on apartments smaller than 50 square metres and often take a similar line on multi-unit developments.

But QV Home Value’s Bruce Wiggins says the apartment market has bounced back and an increasing number of good-quality apartments are now being built in the city.
The benefits of “density done well” are well documented in brilliantly dense cities such as Vancouver: greater social engagement, a sense of community, increased creativity, opportunities for economic innovation.

By living closer to where we work, we can also cut out long, wasteful commutes, save time and energy costs, and reduce pollution.

Half of Auckland’s carbon emissions come from transport, and Auckland has an air pollution problem that’s at the root of many preventable illnesses. More people die from air pollution than on our roads, according to Sudhvir Singh, a doctor and Auckland director of Generation Zero, a group of young mostly professional people campaigning for better transport, urban design and climate change policy.

It’s also relevant that New Zealand is the third-fattest country in the world. By living in our city’s centre and choosing to go by foot rather than by car, you could be saving your own life.

Auckland House Price Insanity: inside the property bubble that affects everyone in the country.

Generation Rent: how the relentless rise of Auckland property prices is creating a new landed gentry.

Finding Investment Property that Pays: the best ways to earn money from property in Auckland.

The Best Suburbs in Auckland 2014: the best places to live, whatever your price range.

The War Room: Steve Braunias spends a day with stressed-out buyers and sellers at a downtown auction room.

The Desperate Quest: how Auckland’s property market drove Greg Bruce to the edge of insanity.

Buying a House at Auction: 10 Secrets of Success

An Auction in Grey Lynn: Miriama Kamo tells the story of an unusual house sale.