Golriz Ghahraman, barrister and Greens' candidate, describes the impact her Iranian heritage has on her sense of style.

This dress (above) is what I wore to give a speech in Aotea Square on Donald Trump’s Muslim ban. It was made for me by my neighbour in Cambodia. I lived in Phnom Penh and worked as a UN prosecutor on the Khmer Rouge tribunal for about a year and a half. You get everything made. They’re amazing artisans. But they’re going to get pushed into the sweatshops if people don’t continue to get things made.

My point at the Aotea Square rally was I’m not Muslim and I don’t speak as a Muslim,  but as a human-rights advocate I’d fight to the death for someone’s right to wear the hijab. [Trump’s travel ban] is scapegoating entire groups based on their nationality. This is how atrocities begin, legally disenfranchising people, defining them as dangerous, as a group. A blanket ban on people from a country as an anti-terror measure is really dehumanising and demeaning.

It was interesting because it made me feel quite powerful. It’s a dress. It’s not something you’d usually wear to a protest. It was billowing in the wind. It gave me quite a bit of freedom. 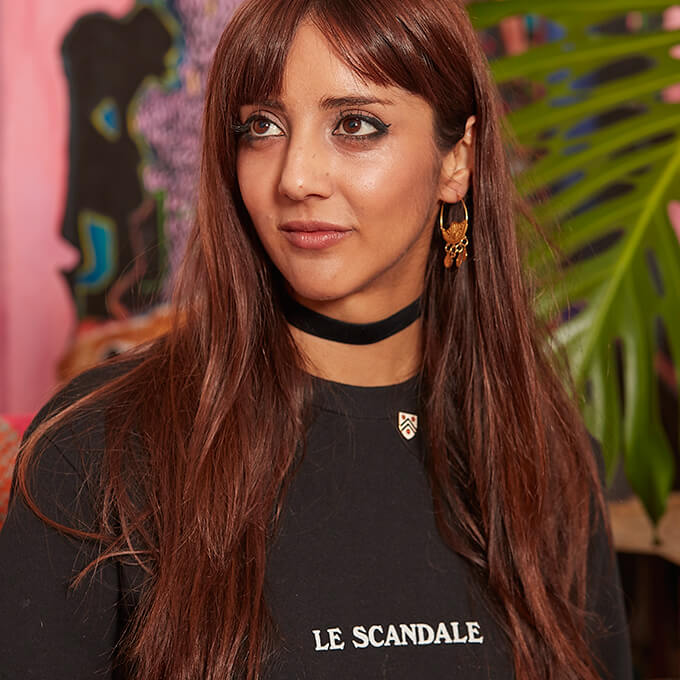 I’m from Mashhad in the north of Iran, which is a huge city near the Afghan border. Now that Mosul in Iraq has been sacked, it’s the most important holy city for Shia Islam. The amazing shrine of Imam Reza is there.

I was nine when my family came to New Zealand. We lived in Iran during the 80s, which was the first post-revolutionary decade, and the most repressive. It was particularly vicious in attacking women, minorities and political dissidents. The year I was born, they introduced the hijab as compulsory Islamic wear for women. A million women marched against it. It was 1981. They really resisted, at gunpoint.

When I did that speech in Aotea Square, people one after another would stand up and say they were Muslim. We had escaped that. It was important for me to get up and say I’m actually not religious at all, because the Middle East also has diversity within it. But I am affected by these rules of discrimination.

Feminism as it comes out of the Middle East is the opposite of how it’s expressed here. It’s about wearing makeup and nice clothes. That’s how my mother expresses herself. She’s like, I can’t believe you leave the house without lipstick on. It’s like, I am going to stand out. Screw you. The patriarchy tells you to be shapeless and desexualised.

To me, bright lipstick is a real Iranian- woman thing. She wears bright clothes. They weren’t allowed colour. I don’t do colour. I just do black and crazy jewellery. 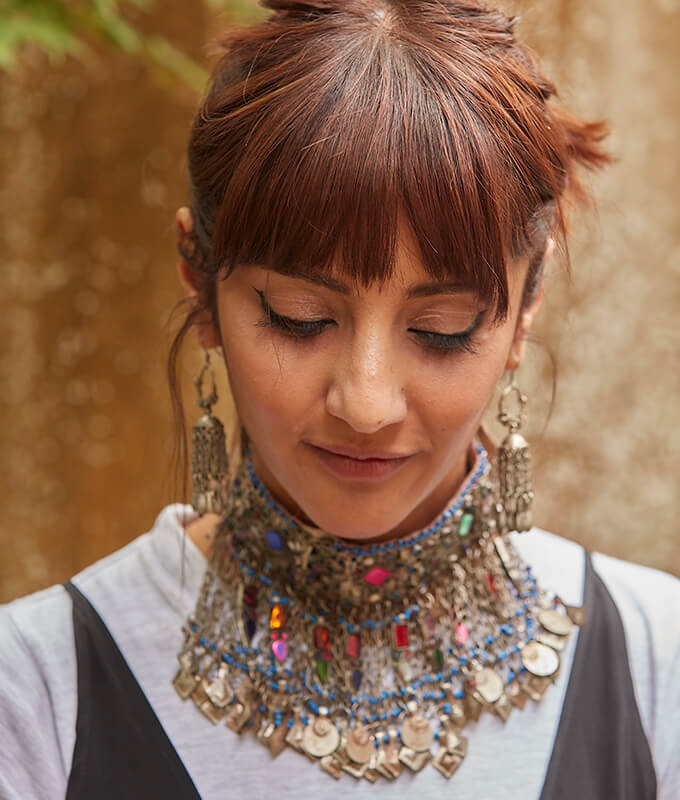 In my workday, I wear suits to court, because you just have to. Going out with friends, I’d wear something like the Le Scandale top (01), with loads of jewellery as well. It’s about women reclaiming words like “scandal” and “nasty women”. It’s the sustainable-fashion label Reformation, from LA.

The velvet ribbon is from Oxford. I did the international human-rights law masters programme there. I wear it as a choker. You wear it as a bow for exams. You have to wear a white shirt, a black suit, this little bow. You also have to wear a carnation, a white one for the first exam, a pink one for all the other ones and a red one for your final one. You also wear a little cape. And you take a mortarboard but you can’t wear it because you haven’t graduated yet. It’s actually nuts to get your head around that on exam morning when you’re stressed out.

This (02) is actually a donkey or horse decoration, which I wear as a necklace. Someone brought it out of Iran and gave it to my mum. As political refugees, we can’t go back until the regime changes, so all this stuff is my only connection.

The other body of jewellery I’ve got are these Masai things (main photo). This is what the women warriors wear. These are from when I lived in Arusha, Tanzania, when I was a lawyer at the Rwanda tribunal. It’s super-touristy because it’s close to both Kilimanjaro and the Serengeti. I was there in 2008 and then again in 2010-11. I was going between Oxford and Arusha for about a year and a half.

I got to a point, in Cambodia, where I realised I’d been away for five years or so. Because I’m a refugee and I can’t go back to Iran, I don’t have a true, true home in a way. At some point I would have lived as an expat longer than I’d lived anywhere permanently, so I couldn’t say I’m from New Zealand any more, and I can’t go back to Iran. I started to feel a little bit panicked about not having a home. I do love Auckland. This whole area around Freemans Bay is where I’ve always lived. I went to Auckland Girls. I can’t get past K’ Rd.