Damaris Coulter: My Life in Clothes

The insouciant Coulter sisters — Damaris and Renee — are among the most-beloved restaurateurs of Auckland. Damaris talks about clothes that matter to her.

As told to Rebecca Wadey. Portrait by Jane Ussher.

Every time we came to Auckland, Mum would take us to these awesome massive jumble bins that were in big factories. She’d literally just boost us in. They were huge, and she’d say, “Look for things like Levis, Lee…” She’d call out brands and tell us to look for them. 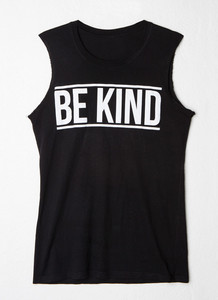 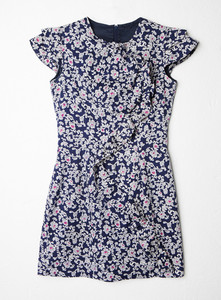 Be kind. That’s our philosophy. Only because no one is naturally as kind as they would like to be, so it’s a reminder for us. When my nana passed away, I had it tattooed on me because she was so, so kind and I was not. And then Renee was like, “I think we should just do that with our T-shirts.” So we’ve got Be Kind T-shirts. It disarms people; you know what I mean? When people walk in after a mental day, they just put their guns on the bar and they’re like, “Okay, we don’t need a brawl here. We can just relax.” It’s a defuser, and it works.

Adrian Hailwood is a customer; it’s all very reciprocal around here. Generally, I won’t buy anything new. But if I need to go to a wedding and I’m sick of the sight of vintage, I’ll always go to him. He’s amazing. I’ve got a big bum and no waist and his stuff hides the Kiwi pear. This one [above right] I got maybe four or five years ago. I live in it.

I don’t really do jewels. I have some nauticals that are the only earrings that I wear. And our grandparents’ engagement rings. When our grandmother died, I got these and Renee got her wedding ring. They’re so sweet, they have their little initials on them. We adored her. She used to volunteer in Kaitaia at a church shop. I got a lot of my favourite clothes from there. Amazing dresses for 20c. When you went there, you could more or less fill a bag for two bucks. It’s old school. It’s musty. You just get out the Napisan, you go hard and you double-soak.

I lived in London for quite a while. I went to Italy for a year, then London for two years, and then I went back to Italy and then back to London. Yay Italy. Boo London. The UK suits drinkers, it suits party people.

I was lucky, I got to work with Peter Gordon and Anna Hansen. The dress I’m wearing [main photo], I got it in a market in France; it was five euros. [My partner] Ollie won’t let me wear it. He’s like, “That looks like someone vomited up a fruit basket on you.” So I had a plain version made when we were in Vietnam and I wear that around him.

I’ve op-shopped my whole life. Also, I went to rehab when I was 20 and when I stopped drinking, it’s almost like it became my new addiction. No joke, I would go op-shopping every single day. Sometimes if I was down I’d be, like, “Oh, I’ll just go for a quick op-shop.”

It’s actually so bad. To the point where if Renee and I have a fight in the restaurant, she’ll be, like, “Where are you going?” And I’ll say, “I’ve got to go to Dominion Rd!” And she’s like, “I know what you’re doing!” And I’ll be like, “You mind your own business! I’ve just got to go and get something!”