The princess and me 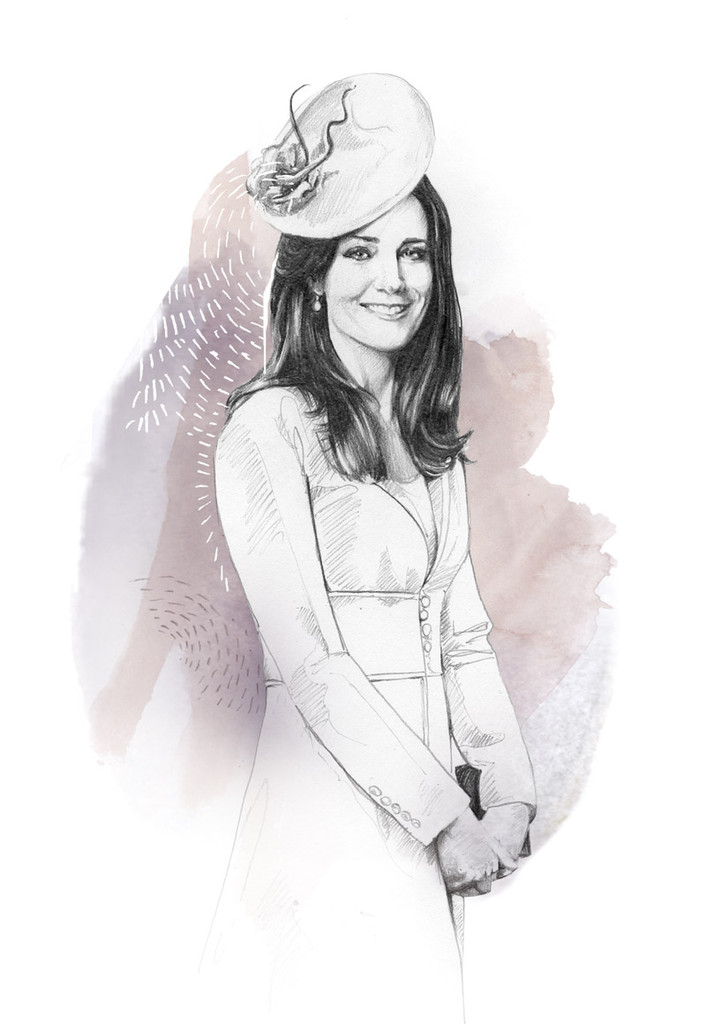 Metro’s perennial princess (pending) on her unending love affair with the royals.

“You can still be a princess,” my mother consoled my desolate, four-year-old self, devastated at the realisation I hadn’t been born into royalty. And then, optimistically, “You just need to marry a prince.”

Soon after, as if to prove the point, Prince Charles announced his engagement to Diana Spencer. The news combined two of my favourite things — kindergarten teachers and princesses. My beloved Nana was (like most grandmothers, I’ve since learnt) a dead ringer for the Queen, and she fuelled the fire by flying to the UK to stake out the royal wedding, taking with her a bundle of drawings and notes I’d done for my beloved Lady Di with solemn assurances she’d deliver them. Many times over the years I’d ask Nana to tell me tales of the royal procession, and how she’d camped out overnight to watch it, buying us official commemorative crockery from one of the many roadside caravans.

Back home, I was not only denied such proximity, I was also sent to bed without watching it. Forced to make do with delayed coverage, I swooned when I saw her wondrous dress and carriage, everything I’d imagined from fairytales come to life.

Diana, bless her, seemed to age with me. Where once we both loved kindergarten, our interests grew as we matured. Another strong childhood memory: watching the car drive off into the air as I watched Grease on TV and turning to my mother to ask, “Do they get married and live happily ever after?” My mother, ever the voice of reason, said, “Not necessarily, they’re still very young. They’ll need to date more people and they may grow apart.”

The following year, 1985, Diana danced with John Travolta at the White House. The images of the Princess, resplendent in a midnight-blue velvet gown with a sapphire and diamond choker, saw us both leave kindergarten for dust; Hollywood was in our sights. A month later, my father attended Wimbledon and brought home with him a photo of a fuchsia pink blouse in the crowd he assured me was Diana. I pored over this image for years, fixated with the proximity this brought to my obsession, a seeming two degrees now separating us.

Of course, there were other royals, and indeed other royal families, all of whom I followed — watching, learning, waiting for my moment to join them should it ever arise. When Sarah Ferguson married Prince Andrew in 1986, I had just turned 10 and my sisters and I camped on mattresses on the lounge floor to watch it live.

With Prince Charles and now Andrew off the princess-making menu, it was time to assess my choices. It was clear that Prince Edward was unsuited as my suitor, and Charles’ boys were too young. Perhaps it was time to look further afield.

Prince Albert was the obvious choice, and I must admit I had a quick look around for him during a flying visit to Monaco in 1992, but if Claudia and Naomi had a hard time landing his hand, I didn’t rate my luck. I was in awe of the Grimaldi family. Part-Hollywood royalty, part-European aristocracy, they represented monarchs gone wild. With their illegitimate-children-bearing, circus-trainer-marrying, Europop-career-launching, swimwear-designing shenanigans, they lived a life the Windsors would never dream of. Yet despite my being secretly thrilled at the renegade behaviour of the Grimaldis, it was the stuff that bubbled beneath the surface of the Windsors that appealed to me so greatly. Their steely British reserve is what makes them fascinating.

While the UK was the land of pomp, ceremony and archaic laws, America was the land of the free. When Carolyn Bessette married John F. Kennedy Jnr in a slick, minimalist Calvin Klein dress, I realised an American royal family could never work. American fashion, with its modern sportswear aesthetic, would never fit among the people who brought us polo and high tea. Just think of the public outcry after Kiwi Bryce Taylor secretly photographed Diana working out at his West London gym.

When a post-Camillagate Prince Charles drove through my hometown of Hamilton in 1994 (en route to Ngaruawahia, the capital of Maori royalty and a place I had the utmost reverence for, although I didn’t fancy my chances of finding my princess-hood there), I was 17 years old and angry. I’m a girl’s girl and I was looking out for my bitch Diana.

My best friend Tom and I carefully constructed a sign, crafted with the utmost intelligence and literary wit. It read “Fuck Off Charles. You’re Not Welcome.”

We snuck out the back of my house, along the banks of the Waikato River, through a nearby park and out onto the road, tying it to a tree about four houses down from mine. Pleased as punch with our handiwork, we snuck back, erected deckchairs on the roadside and popped a bottle of pink Chardon to toast while we waited.

Seconds before Charles’ motorcade arrived, a police officer drove past, slammed on his brakes, threw the sign into his car and roared off, followed by an oblivious Charles, who waved happily to his two young fans, who — despite our Dutch Chardon courage — completely buckled and waved back with enthusiastic fandom.

The bottom fell out of my world when Diana died on August 31, 1997. She was 36. I was 21. With the exception of a much-loved cousin, I’d never had to deal with the death of a friend. How young and innocent I was, how badly affected I remember being. Confronted by mortality and the randomness of life, I couldn’t fathom how to cope. I remember finishing work that day and meeting a friend for coffee at Brazil cafe. We sat there in silence, wanting to scream at people going about their lives as if everything hadn’t just changed forever.

And as details of the accident unfolded, I started to ask: had my obsession with Diana contributed to her death? If the paparazzi had been chasing her for an image for me to buy, had I unwittingly killed her? The days and weeks following are a blur. My heart ached. I was grieving both for the life lost and at the realisation that so many loved her more obsessively than I. She wasn’t my princess; she was the people’s princess. How irritating to have to share with all those plebs.

Diana’s death left a gaping hole in my heart. I lost the will to follow my princessly dreams. Then along came Crown Princess Mary. And to think I was living in Australia at the time! Not in Sydney, admittedly, but it could’ve been me. Mary Donaldson showed just how it was possible.

Who was this girl, this freak? So beautiful and composed, in her 20s and yet with no skeletons in her closet. A girl from Tasmania no less, hardly the epicentre of Australian style and class. And suddenly appearing on the cover of Australian Vogue, a friendship struck with its editor, Kirstie Clements — so reminiscent of Diana’s famed Mario Testino photos and her relationship with the legendary Harper’s Bazaar editor Liz Tilberis and designers like Valentino and Versace. Through my years working in the fashion industry, I’ve developed friendships with many local designers and editors. None of them are bloody inviting me to holiday on their yacht in the French Riviera, though.

Okay, I got married, and my husband has many princely features — but let’s face it, he has no title. I’m starting to accept my time will never come. I’m not cut out for royalty. I’m fond of a drink and a bit too chubby; more Fergie than Di. Plus I’m far too earnest. My time in public relations has filled me with an inability to be aloof. I talk through uncomfortable silences and am constantly trying to set people at ease. Me at Buckingham Palace would be like Anne Hathaway hosting the Oscars.

Now, like Diana, I am the mother of two boys and I watch William and Harry and think how proud she would have been. Not so much with the dressing like Hitler stuff, although I’m pretty sure Harry’s wild side didn’t come from his father (except for that whole wishing he was a tampon thing). But they wear their royal burden beautifully.

Now there’s Kate. Ah, Kate. Where on Earth do they find these people? So reserved, so self-assured. So discreet and impressive. It’s a different cut of cloth. I guess some were born for royalty. Sadly, and despite everything, still a little confusingly, that’s not me.

When Kate and William split and she kept her lips firmly closed and her head held high, she passed William’s test with flying colours, proving herself excellent royal wife material and deserving of Diana’s ring. It’s an iconic piece of jewellery and too good to be kept out of public view.

What will Kate wear for her wedding? I have all my fingers and toes crossed it will be more Diana than Carolyn Bessette. Don’t let me down now, Kate; my hopes and dreams are rekindled and riding on you. May you fill the gap in my life left by your late mother-in-law. No pressure.