Metro named Newsstand Magazine of the Year at the Canon Media Awards: what the judges said

Metro was a big winner at the 2014 Canon Media Awards, held in Auckland on May 9. We were delighted to be named Best Newsstand Magazine, with the judges noting that it was Metro‘s “willingness to take risks, its continuous evolution and overall sex appeal” that won the category.

“The magazine champions the city it reflects so well. It invests heavily in photography and illustration, cares about its furniture as much as its features and injects humour – that most difficult of genres – wherever possible. In a challenging time for magazines, Metro works hard to provoke and delight its readers.” 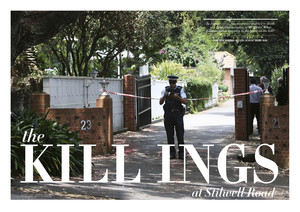 Staff writer Steve Braunias was named Magazine Feature Writer of the Year. The judges praised Braunias’ “lyrical narrative style” and added that he “pushes for insight into human complexity and injects into these stories an idiosyncratic treatment that comes from years of experience and confidence. [His stories] are not agenda-setting, but they are subtly revealing of the individuals at the heart of three instances of culture clash and extreme behaviour that hit the headlines during 2013.”

Steve Braunias also won the Best Magazine Feature Writer, Crime and Justice category for his story The Killlings at Stillwell Rd. “Writerly and layered, this is not just the story of a crime, but also the story of an Auckland house,” noted the judges. “In the effort to show Auckland’s societal shifts and tensions through the prism of the house it stands apart from the other pieces in this category.” 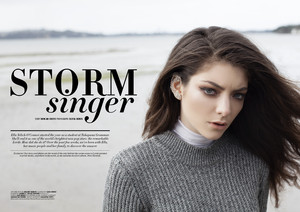 Our October 2013 cover story on Lorde won contributing writer Duncan Greive the gong for Best Magazine Feature Writer, Arts and Entertainment. “[Greive] had great access to Lorde and made the most of it,” noted the judges. “This feature is smartly observant and nicely distanced and the reader gets a sense of the complexity of her character and the strength of her family background.” 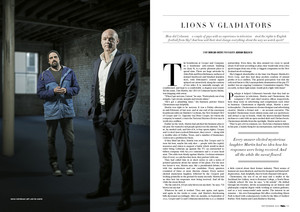 Duncan Greive also won Best Magazine Feature Writer, Sport for Lions vs Gladiators, his account of how a couple of Aucklanders with no experience or money and little knowledge whipped away from Sky the broadcast rights to the English Premier League season. “This was a rare sight into the sophisticated world of how sports sell themselves to an eager world,” said the judges, who called it “an outstanding piece on a subject that affects all television viewers but is rarely probed so deeply.” 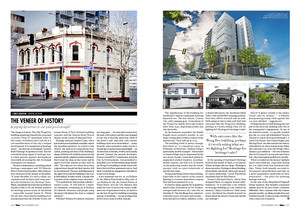 Reviewer of the Year is always a hotly contested category, and this year Metro contributing writer Chris Barton emerged victorious for his column on architecture and urban design. Judge Graham Reid praised Barton, who has a masters degree in architecture, for his ability to bring “lucidity, commentary, insight, informed critique and blunt opinion into his writing, at a time when urban design could not be a more pressing debate.”

In the Best Artwork category, illustrator Anna Crichton took the award for the second year in a row. The judges praised her “great visual conceptual strength” and “true craft” in achieving high standards of impact, storytelling, aesthetic appeal and technical prowess.