Hope you’ve all been well!

I’m getting ready to head over to Brisbane this weekend for my first live appearance in a writers festival in so long! It’s been a pretty brutal time for these kinds of events and even though I usually just spend an unreasonable amount of time in the hotel room, I have missed an in person festival. It’s such a rare time to be able to actually meet your readers and in the best case scenario, sell some books. Brisbane Writers Festival this year has New Zealand as a country in focus and so the city will have a groundswell of our best literary hunnies, which is super exciting. I know its Brisbane not Auckland, but the programme is pretty stacked and worth having a look at (not to mention there are a few online events).

It feels like a pretty full on time for the arts at the moment with everything ramping up into fullswing, which is a combination of exciting and overwhelming. A couple things I think are worth a mention: Circuit recently relaunched their website, which is looking awesome! It’s such an important repository of moving image art in Aotearoa. You should totally have a looksie. Michael Lett has announced a new project space opening this year. It will be next to their existing site on 3 East Street, and used for exhibitions as well as Michael Lett Books, a bookstore presenting a selection of new, rare and out-of-print publications, with a focus on contemporary art, alongside titles by Michael Lett gallery on gallery artists. And Enjoy is looking for their next Managing Director! Could this be you?

And incase you haven’t yet, if you have a show, event or release between June and August, I would love to include it in the Calendar for our next Metro issue. Let me know lana@metromagazine.co.nz.

I 110% reckon you should buy Jessica (Coco Solid) Hansell’s book How to Loiter In a Turf War which is out TODAY! The book is a work of autobiographical fiction which is so iconically Auckland, that it makes it awkwardly familiar at times. Following 3 friends, “beefing with their own city” the book moves between big conversations on gentrification and intimate moments between mates.

I was lucky enough to be one of the chosen few to blurb the book, so here’s my reckon I prepared earlier “Sharp, funny and dope as hell, How to Loiter in a Turf War is another Coco Solid work of genius. With her piercing prose and expansive worlds, Coco has long been a life-raft for brown kids swimming against the whirlpools of urban realities, and this work is no different. Painfully perceptive, familiar and hopeful.”

We will be doing a giveaway on our instagram page so keep an eye out!

So many shows to recommend!

Also opening this week! I recommend heading along to the opening of Local Migrant this Thursday at RM Gallery, to see work by Llenyd Price, brunelle dias, Gitanjali Bhatt. The show looks at the “Tauiwi/migrant encounters of the artists operating within their everyday ecology.” I am also super keen to see PAKANGA FOR THE LOSTGIRL a new commission by artist Heidi Brickell at ST PAUL St Gallery. Maybe you make a night of it and do a double whammy!

Last week the elevator to our building was out and as I was climbing the stairs in St Kevins arcade, I noticed the words HIGHER & HIGHER in rotation on the ceiling. The words felt haunting, as I was tiredly climbing the stairs, almost like a taunt. We discussed it in the office not sure where it came from, but the mystery has gone! It’s by Angus Muir for City of Colour. And at end of the week City of Colour launches, a collaboration between Barbara Holloway from Auckland Council and Angus Muir. For the month there will be over 50 installations from Quay Street to Karangahape Road. I’ll definitely be heading to Underbelly an exhibition curated by Liv Young with artists Hanna Shim and Ruby White and keeping an eye out for Tyrone Ohia’s banners on Queen Street and Albert Street. Check out the full programme here.

Also did you know there’s a new season of Kardashian reality on Disney+? why did no one tell me?! 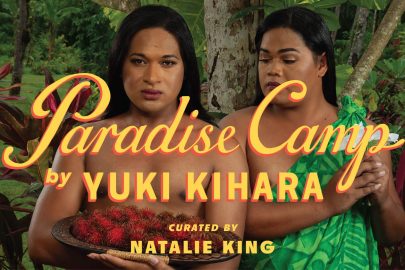 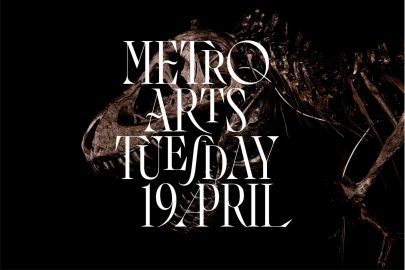