Lana's bad Friday, Being Numerous and the many things to see and do this week.

I had a really intense Friday last week, which saw me being an ambulance driver for my nana to the emergency department after a bad gardening accident (a machete cut to the leg). It was pretty full on, not only because of my own nana’s wounds that I had a front row seat for (there was A LOT of blood, the doctor measured the cut 3cm deep — by putting his own finger in!), but also because of the other patients on the other side of the curtain in Resus. Not that I was intentionally eavesdropping, but when doctors and nurses are shouting, and there’s only a curtain of separation, it’s hard not to. All patients seem to go about their day as usual before something switches. Either they find themselves in an accident, or their body just gives way. I haven’t been in one of those kinds of hospital rooms, the ones that directly feed into the ambulance bay, since my papa passed away. And you know, it was just a reminder that you just never know what’s going to happen when you wake up, and I’m incredibly grateful for all the days I simply go to work and then come back home.

Even though we went straight through, the wait times didn’t seem too bad when we got there, but by that evening, you were looking at a 6-hour wait. After a set of internal and external sutures, we eventually went back home. As if that wasn’t enough blood for one day, my daughter’s ear had been bleeding while we were at the hospital. For context, she has had a long-standing ear infection and a rolling trial and error of medicines that don’t seem to help (as well as two sets of grommets). Most recently, she was prescribed ear drops that caused the bleeding. Which was scary since she has a perforation in her ear which is a direct line to her brain, and I don’t think blood is meant to come from inside your ears. So after a call to the GP, Healthline and a trusted ENT nurse, we went back to the hospital, who (because of their wait times) sent us to White Cross. Despite not having the specialist medical staff we hoped would be able to have a close look, White Cross boasted only a 2-hour wait time. That was, of course, until they closed their clinic because no night staff turned up. So by 10pm, one doctor who had been working for god knows how long saw the patients who were already there before they had to lock the doors, including us. After a 4 hour wait, we finally left at midnight with a doctor who barely had time or energy to look in her ear for longer than 10 seconds and a prescription for yet another antibiotic. To top it all off, we went to Burger King on our way home, and they had no chicken nuggets.

Despite the long wait times, the tired doctors and the GP practice, which is booked out for a week in advance, I’m grateful that all of these treatments and emergency visits had no charge. Even though the system is overloaded, it’s a system that we can access. And I pray to whoever will listen that we can find the power to fix the chicken nugget shortage soon. The kids cannot go on.

If you’ve stayed with me for that diatribe, you’ve made it to the art! Congratulations.

I recommend checking out a couple opportunities in the world of books: Submissions for the 2023 Ockham New Zealand Book Awards open soon, on Wednesday, 3 August, for books published between 1 January and 31 December 2022. You can check out the previous Call for Entries page for more details on entry and eligibility. Otherwise, 2023 information will be loaded here on 3 August. Also, Going West is raising money for their Different Out Loud project, which pairs poets with filmmakers to bring a visual dimension to their words. The Different Out Loud project needs $80,000. They have most of it and are just looking for another $10,000. This will ensure a reasonable fee for the writers, a decent film budget, and a bit of publishing support to get the final product out into the world. If you want to read more or some spare pūtea, check it out here.

This week I’ve been reading Being Numerous: Essays on Non-Fascist Life by journalist and essayist Natasha Lennard (and also watching Westworld — I’m starting from the beginning — so that probably tells you where my mind is at the moment, it’s dark). The essays in Being Numerous concern anti-fascism spanning topics such as protest movements like Occupy, Standing Rock, and Black Lives Matter, ghosts, corpses, sex, state surveillance and of course, Trump.

I’ve never thought much about fascism, or I suppose I thought of fascism as something which exists over there, in extreme forms and identifiably fascist. So, it’s been eye-opening reading Lennard’s inquiry into fascism as ordinary and made up of everyday acts. Lennard reminds us that to live anti-fascist lives requires a consciousness of our own power and of our own actions.

That’s not to say that Lennard focuses on the personal rather than the structural. Throughout the collection, the emphasis is generally on the opposite. Although this tension is acknowledged in the one essay that came close to confessional ‘Policing Desire’, my personal highlight. Because her words are better than mine, I’ll leave you with an excerpt:

People say “the personal is political” a lot, and almost always in a reductive way. It doesn’t just mean that our individual “personal” issues—like our sexuality, our families, our fucking—are political negotiations. Is it even useful to call these “personal” issues? Aren’t impersonal issues also political? And if that’s the case, then everything is political, so why use the word to delineate at all?

I feel sensitive (perhaps triggered) to Being Numerous with my impending move to the US. However, its messages of anti-fascism, while very US centred, are also necessary food for thought for us who see ourselves as very far away from that particular epicentre. Something for us all to mull over.

I had a lovely surprise on Sunday evening when I got an unexpected newsletter from Courtney Johnston. Courtney used to write a weekly newsletter called Things to read this weekend, and since 2018 has been too busy to write it, you know, being the CEO of Te Papa and everything. So you’ll understand my surprise receiving the first newsletter since 2018, which discussed Kate Camp’s new memoir You probably think this song is about you. I don’t know if we’ll be lucky enough to be blessed with another newsletter soon, but on the chance we will be, I recommend signing up here.

The Best Café in the World opens tonight at Basement Theatre. It’s set three months into a zombie apocalypse. When a growing herd of dangerous zombies threatens to overrun the Café, Jayden, an optimistic young barista trying to maintain everyday life, and his friends have to decide what to do. Sounds fun?

Āhua Collective, a collective of QTBIPOC artists and creatives, have an exhibition on now at Studio One Toi Tū. But today is the last day! So get there quickly, they close at 6pm. 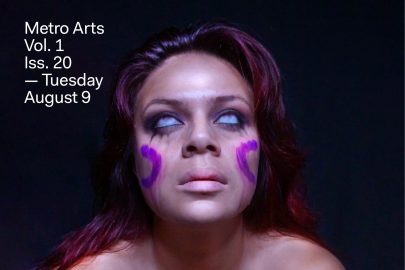 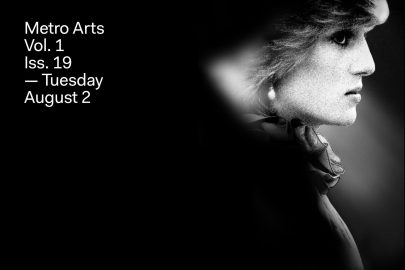 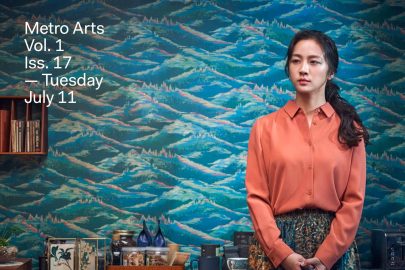