Go out and see things!

Okay, so the Ockahms! Firstly huge congrats to all of the winners, shortlisters, longlisters and as Whiti Hereaka said in her winner’s speech for the country’s richest writing prize, congrats to everyone who got a book out last year! It’s been an epic year of books in the country. My personal picks for the awards were pretty off. I had Tayi Tibble, Charlotte Grimshaw and Lucy Mackintosh to take the top prizes in their categories. But what would I know?

We’re coming into festival session, so a whole bunch of folks are about to release their programmes. Keep your ear to the ground for those announcements. Whānau Mārama: New Zealand International Film Festival has started revealing some of the titles from their 2022 programme already. The first drop of names includes Ali & Ava, Hallelujah: Leonard Cohen, a Journey, a Song, Kurt Vonnegut: Unstuck in Time, Lost Illusions, Meet Me in the Bathroom, Navalny and The Good Boss. To find out more about these films, check out their website.

A couple of tidbits: I got my tickets for the opening night of seven methods of killing kylie jenner which will be on very soon at Basement Theatre. I cannot wait for an IRL Silo production. It’s been a minute! Also, Saufoʻi Press, a new Pacific poetry press run by Faith Wilson launched its new website last week. We spoke with Wilson and a selection of other independent presses for a piece in our upcoming issue, so keep an eye out for that.

I’ve been reckoning with reckons over the past week or so. We had a conversation in the office about where all the bad reviews have gone, and why all the so called reviews are actually responses. Admittedly, I’m guilty too. I feel myself doing it all time, reducing the critical thoughts I have to half a sentence and letting the positives take over too much of the word count. Or as is seen a lot at the moment — using someone’s artwork, show or book as an excuse to write about oneself in what is actually a personal essay but is incorrectly framed as a review. Or maybe it’s avoiding writing a review by turning it into a personal essay?

Once upon a time, I used to review hard. I think I filled myself with some self-congratulating sense of superiority and a belief (which I still hold) that critical commentary is essential for the artists on the other side. At some point, I couldn’t be bothered dealing with the anticipation of what would come on social media (mostly imagined than actual).

In a field where the number of people reviewing art is so tiny, and you can pick and choose what you cover, it’s easier to go with the things you want to sing praises for. But maybe the problem is that the pendulum tipped too far one way for all of us at some point in time, and now you’ll be hard-pressed to find a bad review of anything. But because not everything is that good, who’s lying?

There are lots of arguments to be made about just how valuable a negative review actually is. In this piece on The Ringer, New York Times reviewer A.O Scott comments that negative reviews are “d​​efinitely more fun. But positive reviews—where you can make a case for something that you really feel enthusiastic about, and still write as well as you can—that’s a lot harder, and a lot more valuable.”

The funny thing is, being on the other side, I craved a negative review! The closest I got to one with Bloody Woman was one line about confused storytelling and some comments about being too dense and academic at times. But those small half sentences aren’t the kind of feedback that will make me a better writer. I want to know what people really think.

We seem to have a recurring conversation where we condemn the lack of criticality while whack-a-moling the few people who occasionally pop up to say things. So my question is, do we even want bad reviews anymore? And how responses do we really need? (This is not a rhetorical question btw I actually want to know. So HMU!)

“There were several nights as a kid when I was convinced I would die in my sleep. Afterwards, still breathing, I believed with all my bones that I had been granted a heads-up, a reprieve, in my final moments. I don’t know why I felt this with such certainty, but there was a comfort in knowing I wasn’t alone here on this strange rock, that an all-powerful presence was watching over me, protecting me from evil, preparing me for the next life. I still sit at the edge of my bed and try to glimpse all of existence in a single frame. Zoom further and further out until all the constellations danced before my eyes, telling a story in perfect ethereal symmetry. Further and further out until I could see the beginning, the Be that started it all, and beyond it, the eye that watches.

But is it really God who stares back at us when we gaze at the skies, or the surveillance state, its satellites winking back at us — ever loving, ever watching, a home from which all our efforts to escape cease?”

Preorder How to be a Bad Muslim and Other Essays online and in stores now. 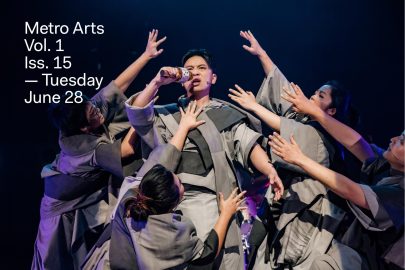 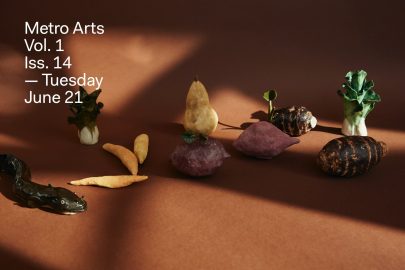 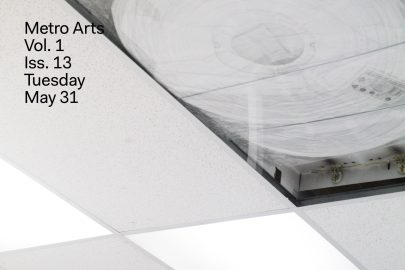