Why we wrote Hine

Hine is an original play by sisters Komako and Whetu Silver, written in collaboration with whanau. It’s based on Te Awa Atua by Ngahuia Murphy, a thesis that aims to retrieve stories about pre-colonial menstruation and menstrual blood. The stories reflect the physical, spiritual and political significance of Maori women from the world of our ancestors. Ahead of opening night, Komako and Whetu open their family photo album to describe the inspiration behind the new work. 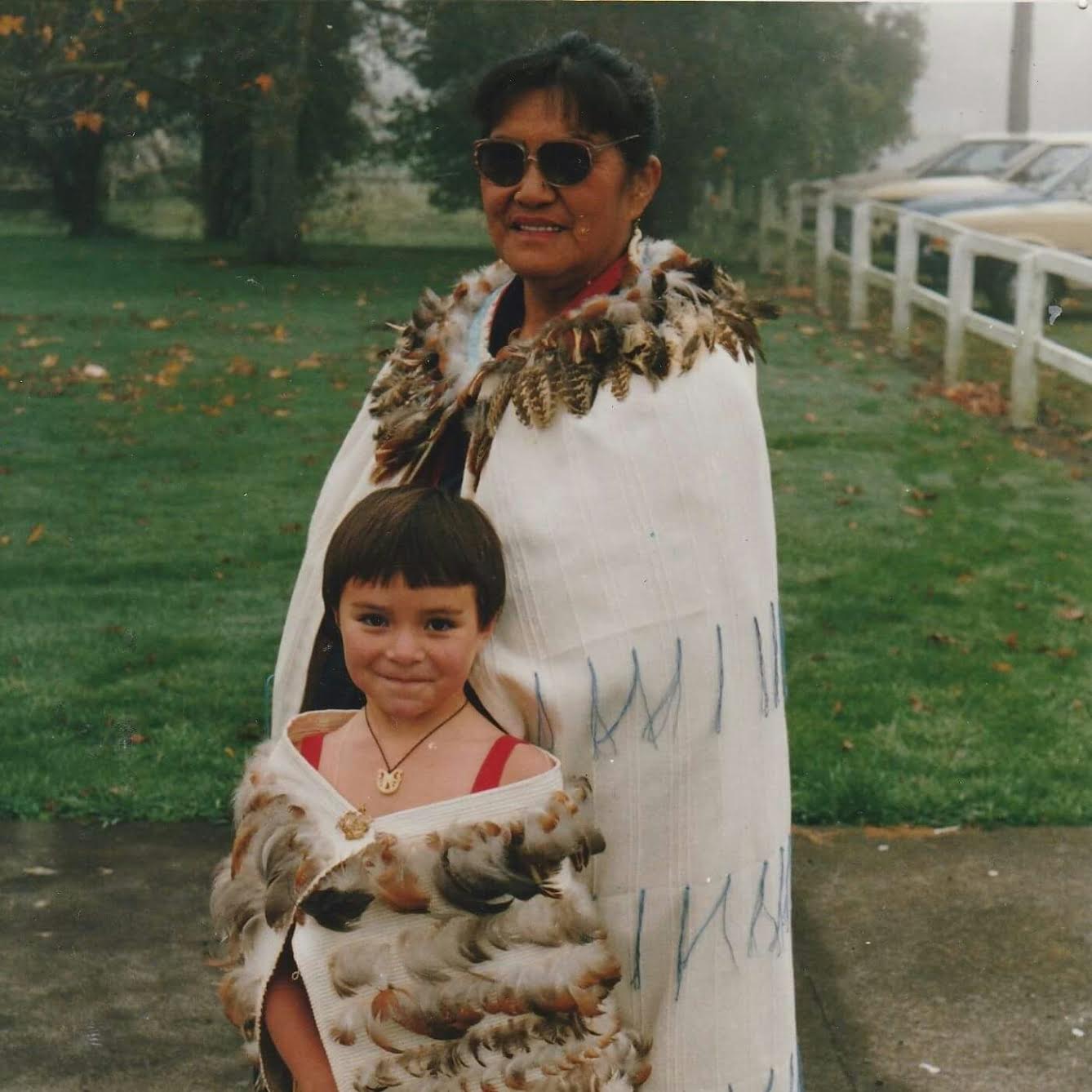 This photo is of me and my nana Doreen at the dawn ceremony of the 1992 koroneihana for the Maori Queen Te Atairangikaahu. Being around my strong nana was a precious time in my life and it influenced who I am today. Nana was the matriarch of our whanau – she taught me a lot about te whare tangata and how vital is it to uphold te mana o te wahine for the well-being and survival of our whanau, hapu and iwi.

Our mother also performed a wahine-led haka for Te Atairangikaahu, our Maori Queen, so it’s really no surprise that my sister and I are now putting on an all-wahine based show that celebrates the mana o te wahine. Mum was always very proactive at surrounding us with strong Maori woman who knew who they were and what they stood for.

She is such a strong-headed, self-determined artist who has always stuck to her guns and won’t compromise her values for anybody. Her passion and drive to make work or share her thoughts about things has encouraged me so much. I was the older sister who got stuck into working a full time job, and she would constantly be reminding me, asking: what are you doing? Are you making anything? What are you thinking about? She would ignite my passion that was at times fading.

Komako and I had the blessing of experiencing different kinds of ceremonial practices throughout our lives. Over the last two years we started to realise how unique and rare it actually was to have had these opportunities. It dawned on us, not only how vital these times were to gather and be together with our whanau, but also that it was a practice that was fading away with our elders, with those who held the knowledge around the different shades of ritual. This past summer we celebrated in ceremony with our sisters to welcome in the summer solstice, and it was during this time that I had visions for creating a ceremonial performance work which we know now as Hine. During our rehearsals we have made sure that we have stood, sung, and danced together in ceremony which has helped to inspire us to share our stories of our nga atua wahine.

It’s a process-driven piece that’s about what it means to practice sacredness in our daily lives as opposed to just reserving it for ceremony.

It’s a process-driven piece that’s about us exploring what it means to practice sacredness in our daily lives as opposed to just reserving it for ceremony. It’s about showing the sacredness of women and feminine energy. But it isn’t totally bound to gender as we are also interested in how to restore the divine feminine within all people. Right now we live in a society which is so patriarchal and it represses the feminine within all of us. We want to address the shame around vaginas, periods, breasts, body image. We want to reclaim body sovereignty,  to see the body as a divine object to be respected as the house of humanity.

Now is a pivotal time, there’s a great uprising of people all over the world who want to elevate and celebrate the divine energy in all of us. People are acknowledging the role that women play in our society, in our homes, schools, relationships, families. And we know the ripple effect of change.

Mud is the substance that connects us to Papatuanuku. We are formed from her uku ­- her red clay – from which we will take many shapes and forms within our lifetimes. – Komako Silver.

When I first read Ngahuia Murphy’s thesis Te Awa Atua, I didn’t expect to be initiated into an ancient space wherein the story of our existence was given new meaning. 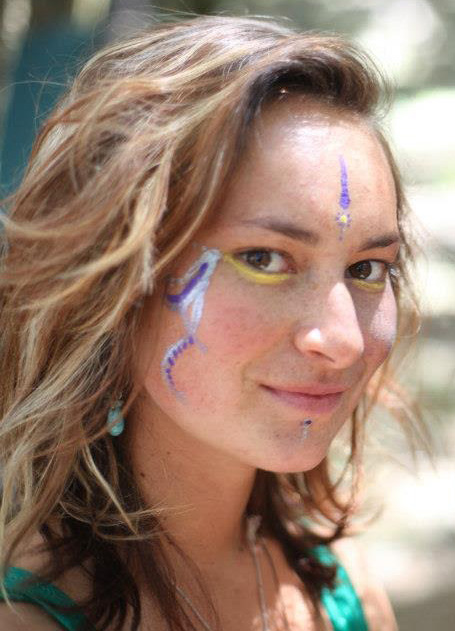 As a wahine Maori growing up in urban New Zealand, I was rarely given opportunities in my western educational life to learn about the treasures and wisdoms of mother earth. Fortunately, I was blessed with two kind, loving and deeply spiritual wahine around me.

Growing up with a strong mother and sister was always kind of intense. I felt like I had to keep up with their fierce mana wahine-ness because naturally I’m quite soft and gentle. All this beautiful matauranga was passed down to me by my mother through strong Maori and esoteric spiritual practices and being around my older sister who has always been super creative – be it painting, wearable arts, theatre, or singing. I knew that what I wanted to do was to really encourage them to share all they knew with the wider community and with our other mothers, sisters, and daughters because the knowledge and strength and understanding that I have been blessed to have inherited from my mother and sister needed to be heard in the world.

As I started to learn more about the world and all the destruction as well as the beauty, I realised how much healing needed to happen. I’ve always admired how my mother and sister have shared our culture and our values just by their ways of being. Watching my sister perform as I was growing up, she held this really powerful presence when she was on stage and it was the same with my mother, whenever I heard her karanga or do karakia she held this deep sacred mauri that uplifted my whole being.

For us, Hine is a deeply powerful and vital voice for how we, as 21st century wahine, can continue to reveal and re-awaken our true natures.