Why I wrote No More Dancing in the Good Room

Following a sold-out run at the 2015 NZ International Comedy Festival, Chris Parker’s one-man show No More Dancing in the Good Room is about to be resurrected as part of the Auckland Pride Festival. Ahead of opening night, Chris Parker describes the meaning of the show by opening up his family photo album. 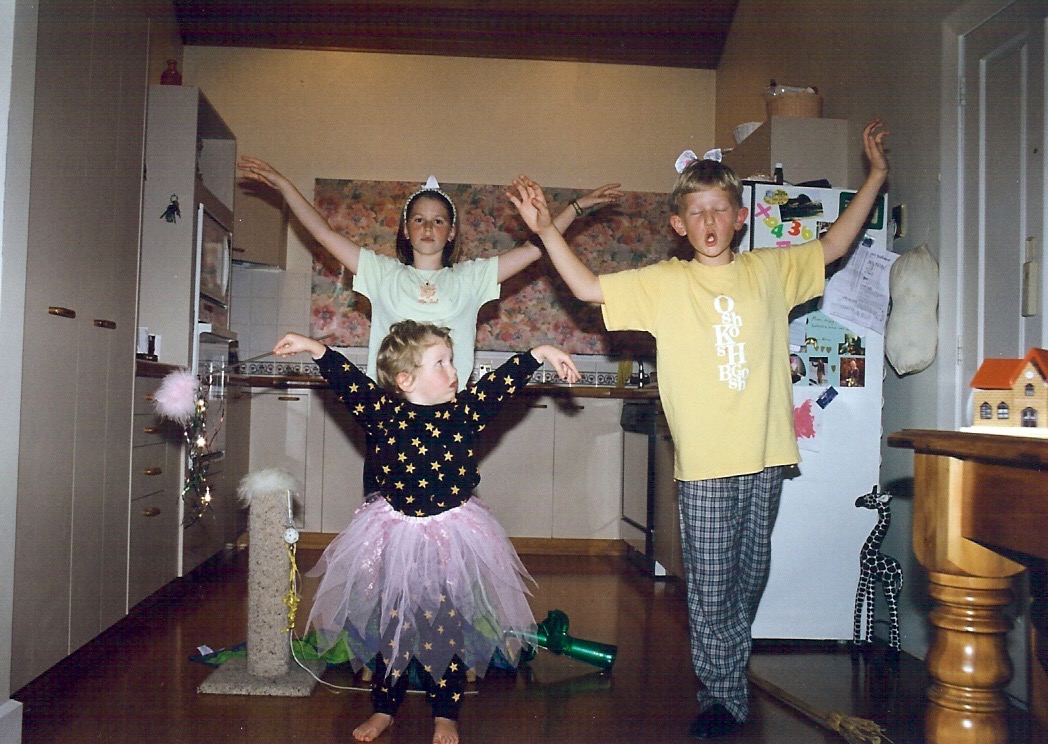 This is a production still from my 1998 Mothers’ Day performance, directed by and starring me. I am the mouse in the yellow t-shirt, my little sister Olivia is playing the role of Small Mouse and my older sister Kate is playing The Majestic Bird, which is indicated by the “moon mask” I forced her to wear. These shows happened all the time throughout my childhood – almost every day. The majority of them were staged in a very special room in our house in Christchurch, The Good Room. This was a room that was meant to be preserved for special occasions. It was my favourite room to dance in, however, as it had such a fantastic stereo and ample room for me to swing my long limbs around.

Soon after this photo was taken I would learn at school from the other boys playing soccer at lunch time that “boys don’t dance.” I would also hear the word “gay” used for the first time. It was said to me by another boy in my class and from the tone of his voice I could tell it was a word I didn’t want to be associated with. My show No More Dancing in the Good Room explores this very delicate time in a young boy’s life, a time when they are constantly exposed to society’s idea of manhood, an idea I didn’t identify with. 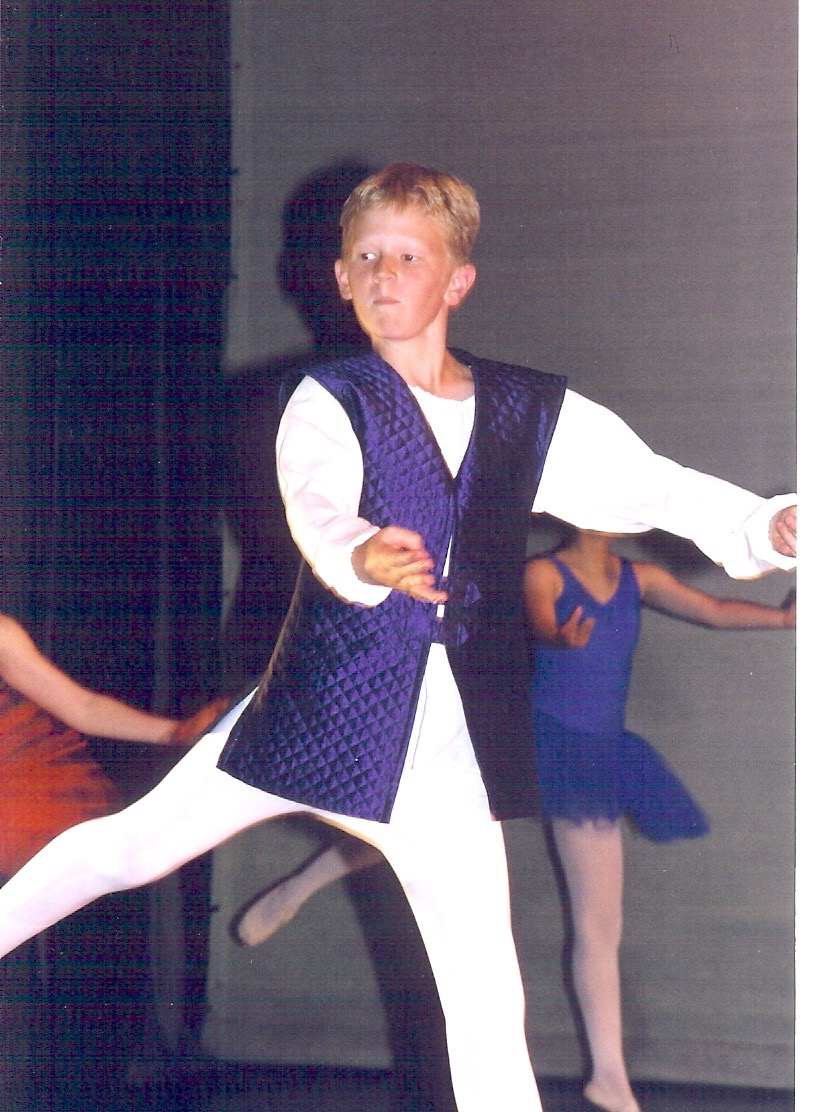 When I was about 10-years-old I was dancing in The Good Room when my big, long arms knocked one of Mum’s precious ornaments off the mantelpiece. It smashed into 1000 pieces on the ground below. It was a defining moment of my childhood; I was banned from dancing inside the house, subsequently I also gave up dance class as I was scared I was going to be bullied by the other boys at school. But it was so much more than dance for me, it was that I was more feminine than the other boys, it was that I preferred to play with girls at lunch, and later, I would discover that was also because I was attracted to men. No More Dancing in the Good Room tells that story, a young boy who learns he is more Lord of the Dance than First XV.

The show is a provocation to the audience to live their lives more authentically. We curate our Instagram and Facebook like art galleries, displaying a cooler, filtered version of ourselves, it’s so hard not to.

The show is a provocation to the audience to live their lives more authentically.  It’s a struggle for everyone, we are all trying to project a certain image of ourselves, we curate our Instagram and Facebook like art galleries, hiding the ugly and displaying a cooler, filtered version of ourselves, it’s so hard not to. I use a lot of old family home video in the show, and watching it back now at 25 it’s so clear to me who that young boy dancing around the house wants to be. He is expressive and free, it’s inspiring to watch. I want to live my life more like that.

I’ve always wanted to perform and entertain. I’m addicted to attention and always have been. So I’m proud of where I have ended up, I work full time in the arts and I hope to do that for the rest of my life. I just want to keep doing my younger self proud, I think about my little 10-year-old self a lot. I wonder if he would be proud if he could see who he grew into? I want to honour and respect him in my work.