Why I wrote Call of the Sparrows

Proudly Asian Theatre, a new theatre company dedicated to givinng a voice to Asian theatre artists in New Zealand, debuts its first original production at Herald Theatre this week. Call of the Sparrows blends shadow play, masks and interactive performance to create an ethereal world like no other. Its writer (and Proudly Asian Theatre co-founder and actor) Chye-Ling Huang, describes the inspiration for the play in her own words. 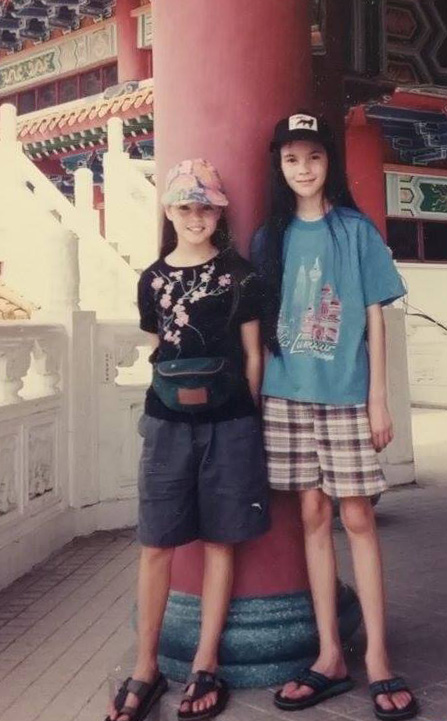 This is a photo of me in Malaysia when I was about 11 (on the left with the bumbag). I was born and raised in Auckland on the North Shore. My mum is from Christchurch, with Irish roots, my Dad is Chinese, born and raised in Malaysia. Travelling there for the first time was a life-changing experience. As one of four matching, adorable, mixed-race daughters, we were doted on like crazy and given the best that Kuala Lumpur had to offer. The sights, sounds and smells were nothing short of otherworldly – spiky durians being hacked open, raucous mahjong games til dawn, temples rising up into the sky.

I became obsessed with the stories of our Chinese family. My Dad grew up in KL, but I later learned my Kong Kong had fled his village in Southern China after the communists came through in 1949. The details are hazy. There was the story of Kong Kong’s first wife who died suddenly, a voodoo doll found under her mattress. The evil auntie, who ended up saving Kong Kong from execution, my Ah Ma, who would swear and argue for hours at people who weren’t there. Under the giddy influence of childhood, my Chinese history became a folklore, a collection of mythologies, and it’s only now that I’m starting to unravel the truth behind them all. 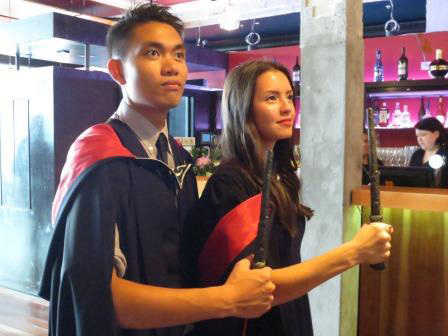 This is James Roque (right). James and I were the two Asian kids in our class at Unitec, where we trained as actors (and graduated as wizards). We started up Proudly Asian Theatre (then Pretty Asian Theatre) in 2013 as a reaction to the despondency we felt at the lack of Asian representation in theatre and film in New Zealand. It was a blessing having someone else sharing a Kiwi-Asian experience as an actor, let alone someone I actually could jam with creatively who was a pretty cool human. Without James’ support and friendship this wouldn’t have been impossible.

This is PAT’s first original show. James is Filipino-Kiwi, I’m Chinese-Pakeha, and one thing we had in common was that the superstitions and stories of our Asian families were impossible, theatrical and spoke to a deep-seated need for meaning and connection. This play is a way for me to explore that world and begin to understand the humanity in the folklore. It’s also a way of reconciling my own beliefs, from a New Zealand lens looking back at pieces of my Chinese culture I was never happy to identify myself with, and the things I remembered vividly from the stories I was told. It’s about the messiness of identity, what we hold on to and what we would rather forget.

I’m still figuring out the kind of stories I want to tell, but this one feels like one I know deep in my bones. There’s something childlike in the imaginative world of this piece that has let us run wild with its theatrical presentation, and I’m immensely proud of the fact that we’ve put five Asian performers, mostly women, front and centre, with Asian creatives in the key roles. Whatever happens, we are getting the chance to do something big and challenging created by us, for us, and for me that is everything.