Laura Daniel is drunk. It’s 10pm on a Thursday, and she’s celebrating her nomination for the 2016 Billy T Award. Glass of $12 bubbles in one hand, microphone in the other, the 24-year-old is too happy to take seriously performing a six-minute set to a crowd of mostly peers at Golden Dawn. She does a joke about how Listerine makes a great hair-of-the-dog for an in-denial alcoholic, drops and grinds a few times and exits with a “nailed it” flip of her Lorde-length hair.

It’s the first year since 2003 that more than one woman has been nominated for the comedy award (launched in 1997), and Daniel is rightfully jubilant. This is a chance to compete with four of New Zealand’s best emerging comedians without tiring talk of tokenism.

It’s a topic she’s bracing herself for ahead of the first season of TV3’s new sketch show, Funny Girls, and one I’m loath to bring up. Can we just get on with cheering Funny Girls and Jono and Ben producer Bronwynn Bakker for breaking the monotony of men otherwise dominating our screens?

That’s Daniel’s attitude, and navigating the show’s misguided title was the first task for the team of eight writers, comprised of the comedians and actors of Auckland cult improv show Snort.

“The name was already chosen before we came on board,” Daniel says. “I think we’ve solved all the problems with it in the first sketch.”

It’s a pretty wonderful sketch. Rose Matafeo (Daniel’s co-star alongside Jackie van Beek) sits at a boardroom table, diplomatically expressing her concerns with the name: “It, it just seems like it was, maybe, thought up by a man?” The camera pans to 30 men in suits, whose obnoxious alternatives are depressingly believable: “Women Aren’t Funny” (“prove us wrong, and if you don’t, it’s still there in the name!”), “Ladies Having a Crack”, “Komedy in the Kitchen” and “Boobies, Boobies, Ha Ha Ha”. Matafeo gets to enact women’s fantasies everywhere by lobbing a coffee cup at one of their heads, before swiftly bringing us back to 2015 reality with a resigned sigh — Funny Girls it is.

“The last time I saw my mum, she asked when I was going to do a serious role. I told her she might end up waiting a long time.”

In terms of the show’s content, the women have more editorial control. The writing team is 50/50 female and male, and Daniel explains that any script written by a man had to be passed by a woman.

“We could be like, ‘Yeah, that’s hilarious’, or go, ‘Okay, a girl needs to change this — that’s the structure but this is more relatable.’” She gives the example of a scene involving a woman going to the bathroom to “touch her eyeshadow up”. “That would just never happen,” she says. “Lipstick, maybe, but no woman’s going to buy that.”

While the intention was to write a funny show from a female perspective, it was also to not labour the point. “There’s heaps of slapstick, and scenes about general topics that in other sketch shows would probably have male leads, but for no justifiable reason.”

Daniel grew up in Palmerston North and as a teenager would remake classic films with her mates. “We remade the Titanic and I played Jack. I always knew I wanted to be an actor, or a filmmaker, or a director.” She moved to Auckland at 19 to study drama at Unitec. While there, the experience of watching classmates Eli Matthewson and James Roque begin stand-up careers and seeing Madeleine Sami’s one-woman show Super City on TV slowly cemented a new ambition: comedy. 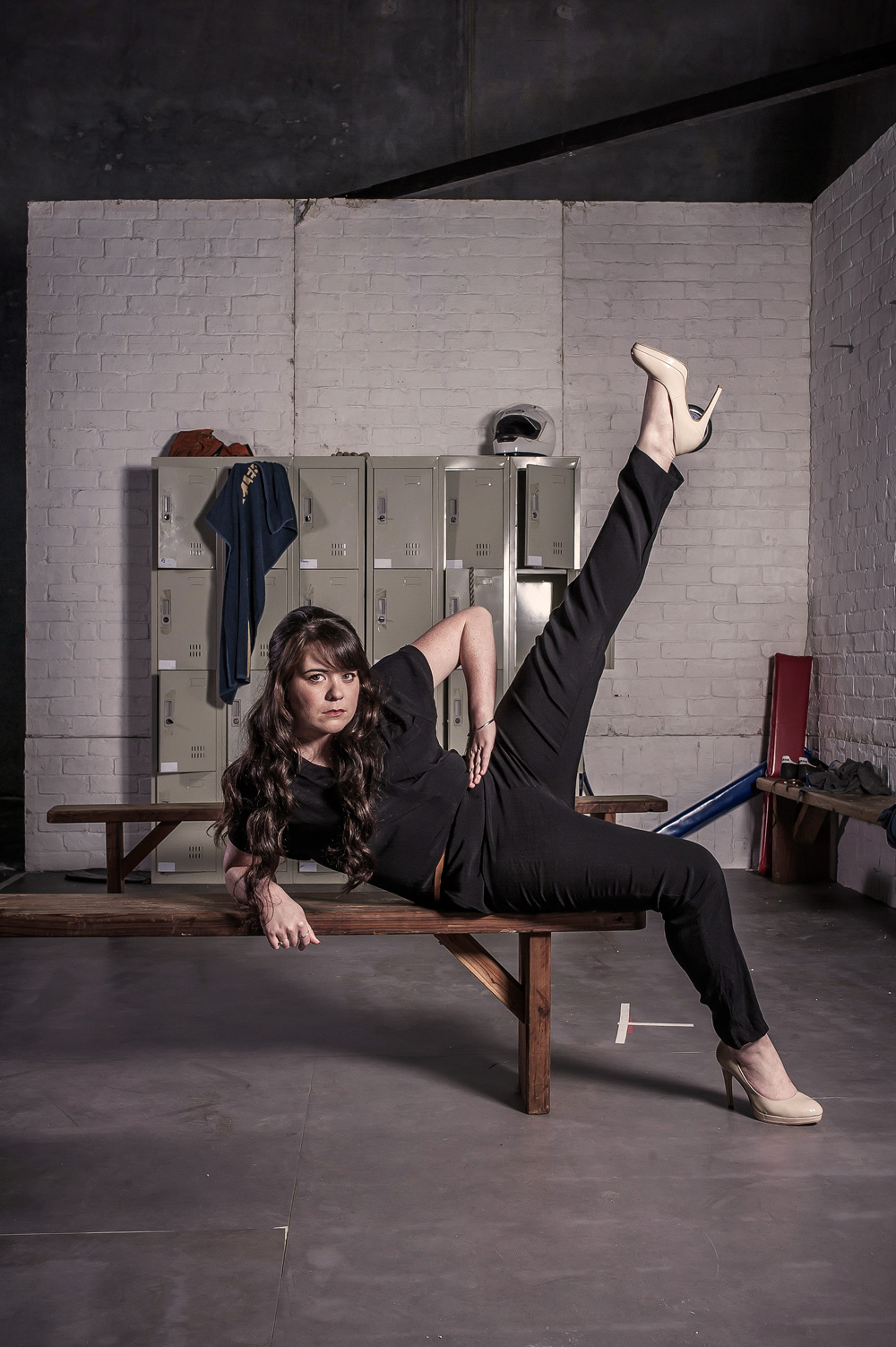 This time last year Laura Daniel was broke, unemployed and uncertain about the best way to start a career on screen. Since then, she’s cracked it.

These days, she’s so busy she Ubered to our interview at a cafe the week prior to the Billy T announcement, despite being a 10-minute walk away. Filming has meant days that begin in the make-up chair at 6am (“nothing makes me sadder than realising I’m first on the list”) and finish 12 to 14 hours later, followed on some nights by performing in a play at The Basement theatre, or stand-up comedy.

The hell-for-leather work ethic is paying off: she has a regular segment on the next series of Jono and Ben and a main role in 2016 animated series The Barefoot Bandits, alongside Temuera Morrison and Rhys Darby.

“I’ve been thinking about this time last year a lot recently,” she says. “I was unemployed, broke, unsure of how to achieve my dream of working in TV, and fairly miserable.”

Her break came in the unlikely form of writing scripts for yoghurt ads at TV3. Impressed by her dedication and her comedic ability both on and off screen, the Jono and Ben team — and, in turn, Funny Girls — snapped her up.

I tell her that her parents must be proud. Daniel laughs. “They couldn’t be more proud. Though the last time I saw my mum, she asked when I was going to do a serious role. I told her she might end up waiting a long time.”