The Curious Incident of the Dog in the Night-time - review

It’s the curious incident of the blockbuster novel-turned blockbuster play. Mark Haddon’s modern classic arrived in 2003 with editions published simultaneously for children and adults. Narrated in a matter-of-fact style by 15-year-old Christopher John Francis Boone, part of its charm are the diagrams and mathematical equations that help explain his experience of his world. In Simon Stephens’ 2012 adaptation, Christopher’s manuscript has mostly been written, and his school aid suggests that they turn his story into play.

The meta-theatrical gambit frees Stephens to be agile with his storytelling. He can quote from the novel, take us inside Christopher’s head, or keep us distanced and watching from the outside, depending on what will best serve each moment. 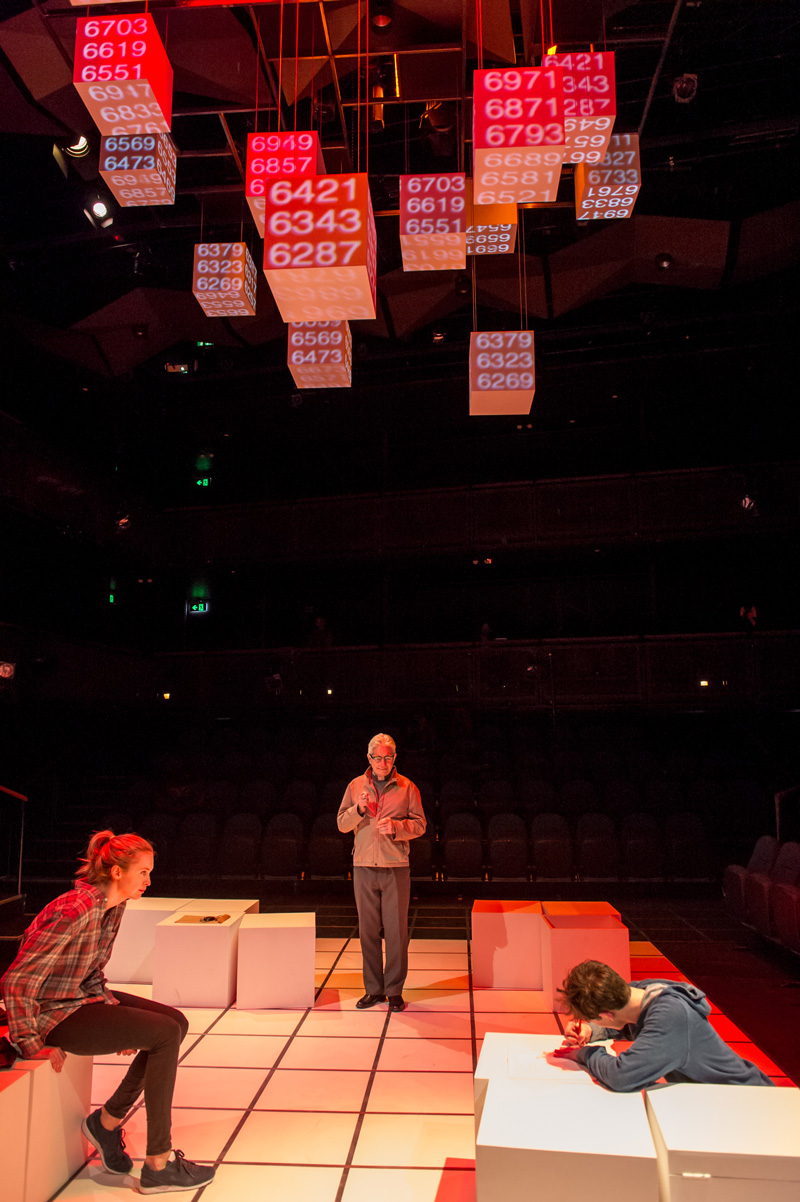 We understand that Christopher is possibly somewhere on the autism spectrum, but the play never specifically defines him, and implicitly shows just how narrow and pathologizing such labels can be anyway. We gain insight into the Christopher way of seeing the world. There are facts to know – about rats, and stars – and deductions to be made. Christopher’s investigation of why a garden fork would be sticking out of Mrs Shears’ dead dog leads him to more investigations, and he discovers just what he is capable of doing.

Auckland Theatre Company has been given a unique opportunity to be the first company in the world to reimagine how to stage this play, following the original National Theatre production in London and its Broadway clone (screened here in cinemas for NT Live). Director Sara Brodie has purposefully inoculated herself from seeing this version, however a glance at the gridded floor and moveable cubes suggests that the set designer is familiar at least.

One of John Verryt’s twists are the cubes that also hang above our heads, about to fall like a game of Tetris – except in Christopher’s mind they are not different shapes, but uniform. Like prime numbers, life should fit together logically, and it’s frustrating when people and events aren’t as clear-cut as a right angle.

When Christopher embarks on an odyssey into the big bad world, Thomas Press’ sound design gives us a sense of the overwhelming rush of stimuli.

Tim Earl is hungry to prove himself in this role. His challenge is to largely cut himself off from connecting with the other actors, and even his audience, and build his performance from the inside. He gives a remarkably convincing portrayal that shows up the false sincerity of his parents (Wesley Dowdell and Hera Dunleavy). Siobhan Marshall is a dependable ally in narrating his story, and the ensemble get many great cameo moments (especially Rima Te Wiata).

Like the National Theatre version, ATC have gone full tech with the AV design, but unlike the NT version, it comes off like a damp squib, washed out by the lights.

Brodie stages the show in the round, which achieves the desired intimacy, but the trade-off is technical capacity. Like the National Theatre version, ATC have gone full tech with the AV design, but unlike the NT version, it comes off like a damp squib, washed out by the lights.

Perhaps Brodie should have investigated the NT original if only so she could have more confidently struck out on her own direction. Ditch the AV effects. Give the ensemble even more to do. Fully embrace the logic of a company of actors without West End pounds putting on this play.

Because it is a beauty of a play. Curious Incident leaves you feeling a little smarter for being in Christopher’s presence, and your heart a great deal larger.

The Curious Incident of the Dog in the Night-Time, Q Theatre, to August 14, atc.co.nz.