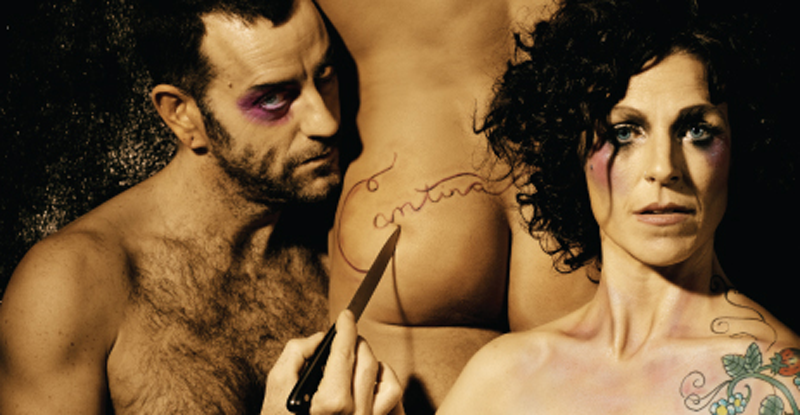 As he writhes at the peak of the Festival Club’s spiegeltent it’s hard to tell why the chiseled acrobat bothered to wrap his head in a blindfold like a hooded Abu Ghraib detainee. The elegance of his precise twists and leaps on the rope are wowing enough. Then he tumbles towards the stage and the moment is all the more staggering and terrifying for his blindness. It’s the same reason that the gymnastic partner dances portray violence and manipulation, not romance, and sinewy actress balances on one hand above a bed of shattered glass. This cabaret doesn’t so much let you leave the world’s troubles outside. It seizes our fears and throws them back at us in carnival speak.

Cantina teeters deliciously on an abyss. The players present the kind of physical feats seen in Cirque de Soleil but with the benign fantasy of that arena spectacular replaced by a seductive viciousness in this intimate Festival Club setting. There is a sadistic, brittle edge to these circus acts, whether it’s a stomping 30s tap dance or breath-stopping high-heel wearing funambulist. There is no jovial ringmaster to jolly the audience along which is why the particularly jiggly male nude act gets such a raucous laugh. It’s a welcome, risque relief from the dark, steamy places the performers tread. In stilletos.