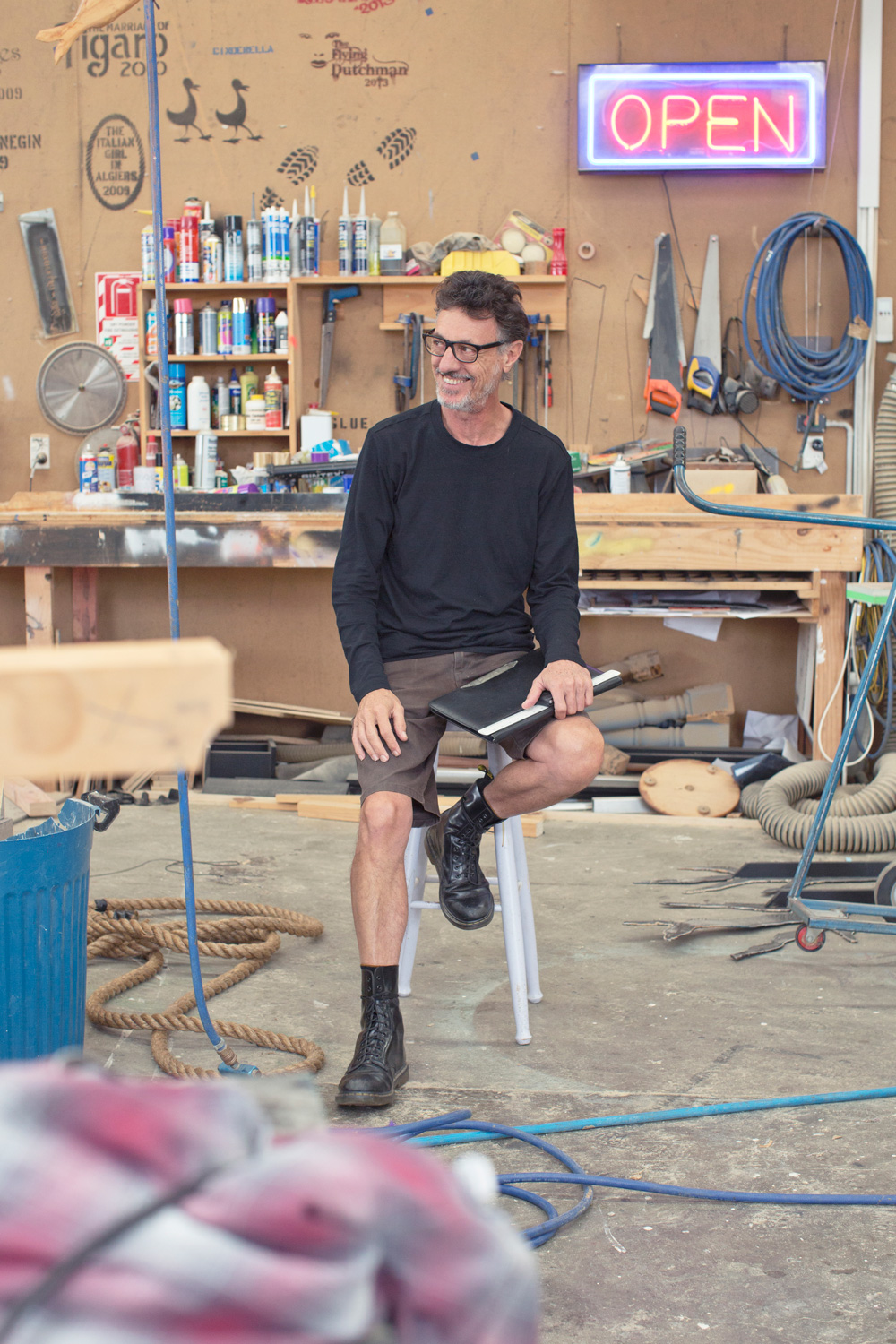 Two boys play in a bedroom; beyond the locked door, their parents are fighting. Mum, who’s called Medea, is not happy that dad, who’s called Jason, has abandoned her for another woman. Also, Jason is a national hero, leader of the Argonauts who found the Golden Fleece. Also, Medea is a witch.

The classic version of the story is by Euripides, who has Medea wreak revenge on Jason in the most terrible way she knows. John Verryt, designer for this new production from Silo Theatre, says you’ll get far more out of the play if you know what’s going to happen — if the dramatic irony (when the audience knows more than the characters) is fully in play — so here it is: she’s going to kill them.

It’s not the only boys’ bedroom Verryt is designing this month, and it’s not the only show with a sorceress in it. That’s about where the similarities end, though. The Medea bedroom is a place of innocence. Verryt’s other bedroom belongs to a 15-year-old boy who, in a brand-new production by Sara Brodie for New Zealand Opera, has such a wild imagination he dreams up the story of Mozart’s The Magic Flute.

This is a radical concept and Verryt’s set is full of magic and mystery: trapdoors and hiding places; puppet animals, including one very big and scare one; and puppets for the story’s three spirit boys, too, which are operated by the women who sing the roles.

Watch: In the set design workshop for The Magic Flute.

It’s Verryt’s 10th opera but his first Flute, although he was a scenic artist on Iain Aitken’s design for Auckland Opera’s 1993 production. He’s been designing for the stage for 36 years now, since the days of Theatre Corporate. No, he says, the process is the same, opera or play; and no, after all that time he doesn’t have a bottom drawer full of ideas. “I unloaded all those things doing WOW [the World of Wearable Art].” That’s a 10-year gig he’s now relinquished.

He’s old school. “When computers arrived, I left the building.” Yes, he does know that’s “getting a bit embarrassing”. He doesn’t care. “My drawings are good! I work in pencil. The set builders never complain. Drawings give you nuance. I can show all the important lines, get the right depth…”

He’s intense, still, gaunt, but when he talks he’s bursting with ideas. You can almost see them, swirling like a cloud of images above his head. Some, destined to appear slyly in a daring new play; others, boldly rethinking a classic.