On the cover of my battered Penguin Classics copy of Euripides’ Medea is a detail from a Greek vase. Bosom-heaving, Medea towers over her first lordling; his chiselled chest makes him look more like a grown-up in miniature than a child. Her hand almost as big as his head, she pulls his ha 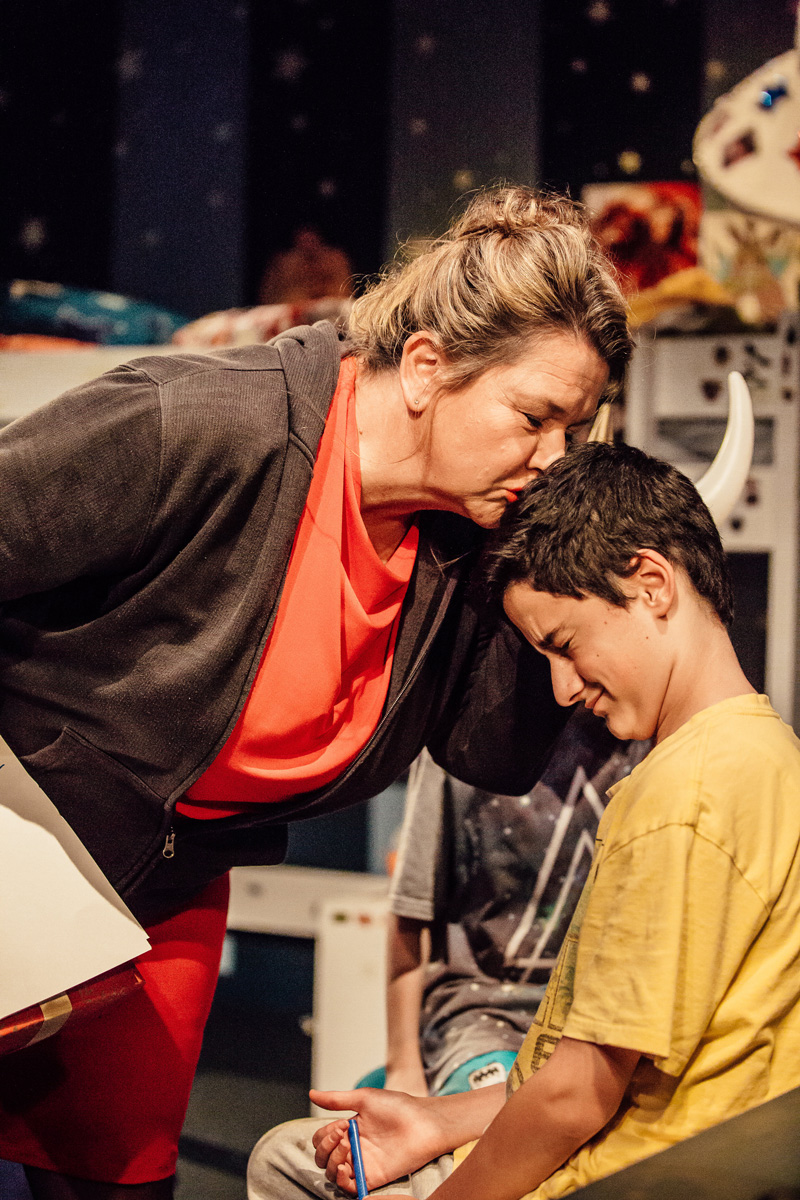 ir back, and pricks a dagger through his armpit, drops of red gushing down his musculature. Her expression is inscrutable.

In Silo’s Medea, a contemporary adaptation by Australians Kate Mulvaney and Anne-Louise Sarks, the only blood we see is a nosebleed. But there’s no escaping it, the two boys, who are onstage for the entire play, are going to die, murdered by their mother.

As we enter the theatre they are already lying there on the floor, face first, playing dead. Their messy bedroom is a boy’s paradise. Deadpool’s on the wall. They’re middle-class and well-provided for, though the accumulation of toys suggests gifts are given as a shorthand for love. They’re locked in seclusion while their parents sort out their marriage (Dad has a new “friend”). Their games are full of play-violence: nerf wars, sword-fighting, gruesome yet heroic deaths.

We get a detailed study in sibling dynamics. The eldest, Leon, assumes the role of mini-dictator, but Jasper also knows how to seize power, taking Dad’s golden jumper hostage in exchange for nerf-guns. Big bro later shows great care in changing his brother’s soiled sheets. It’s daring having two boy-actors carry a play, but this is no school-show chore, Joe Valentine and Levi Kereama (who alternate with another pair), are impulsive, insightful, and keep us laughing throughout.

It’s daring having two boy-actors carry a play, but this is no school-show chore.

I’ve thrown spoiler caution to the Aegean wind not only because it is based on a 2000+-year-old original, but because our ironic knowledge is the only real source of dramatic tension in this play. The childhood war of attrition and affection can only sustain our interest so far. For the play to work it is just as essential that we know they are going to die as it is essential that the boys have no notion right up to their last breaths.

In updating Medea, one question is how the monstrous mother sits in our contemporary landscape. There have been many Medea’s, in recent history as in myth, and we return to this story to grapple with the how’s and why’s of this transgression.

By focussing on the boys, the adapters effectively side-step this issue. While her cheeks might be stained with tears and mascara, Bronwyn Bradley fixes her mother’s mask on every time she enters the boy’s room: never let on the pain you are feeling. Our knowledge is as limited as children’s are of their own parent’s larger emotional lives. We are simply shown the actions of the story – the task of explaining her psychology and off-stage context is left to the audience. We are an analyst with scant clues and only a mythical case history to fall back on.

It’s a cheat, but at least the boys are great.