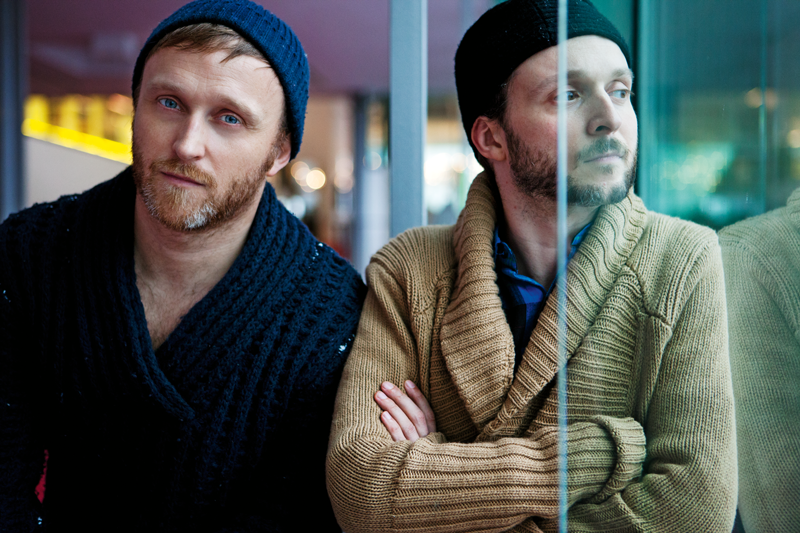 Tempting as it may be to describe dance as “an international language”, the truth is that contemporary dance can sometimes be as bewildering to decode as a foreign tongue. Not so for Babel (words), an effusive, heterogeneous work by Belgium-based choreographers Damien Jalet (left) and Sidi Larbi Cherkaoui (right).

“There are certain [dance] works from the 80s that have a very intellectual streak, or have a level of poetry that goes beyond most people,” Cherkaoui admits. “But with Babel we have a lot of humour, so I think people will be able to relate to it.”

Based on the eponymous biblical tale of God’s splintering of the languages of the world, the work draws together 13 dancers and seven musicians of mixed heritage, playing off different styles of dance and ideas of connection and misunderstanding. Cherkaoui’s choreography is sinuous and stylised (he directed the surreal waltz scene in Joe Wright’s movie Anna Karenina, starring Keira Knightley), blending disparate influences interspersed with levity and revelation.

“Damien Jalet and I wanted to work around territory and language and how the two are related,” says Cherkaoui.

“Very often, specific languages are spoken in specific places, and there is some sort of illusion of a hierarchy between all these languages. With Babel, we wanted to show how every single one of these languages, every way of being, has the same value. The dancers all find ways of fighting for their own territory, fighting for their own language, but at the same time find ways of relating to one another through sharing territory and pushing boundaries.”

Those boundaries, which the dancers literally push around the stage, constructing and deconstructing their own set, come in the form of five metal cubes designed by British sculptor Antony Gormley. The idea was to play with the illusion of divided space, says Cherkaoui. “The big cubes or frames, they cut the space in different ways to give you the feeling that you see rooms. There’s a very tall one, a thin one, a large low one, but what’s interesting is that they all have the same volume.”

Cherkaoui, who is of Flemish-Moroccan origin and a constant traveller who speaks several languages, lives his life confronted by cross-cultural challenges of communication. This interview provided one small example: it began in Belgium and resumed 24 hours later in Oslo.

He has toured works to New Zealand several times, and says he finds the relative amicability of race relations here inspiring.

“It is quite fascinating to me, the way New Zealand has been brought up with agreements between the native people and the people colonising,” he says. “I find [New Zealand] a very peaceful place. It’s such a relief from other places, where history was much more cruel and the tension between peoples is much bigger.”

Although it is the third work in a triptych, Babel (words) can be understood independently, he says. “I think the previous works [Foi and Myth] were about people being controlled by their personal impulses or by demons, or by their ancestors’ ghosts, and in this work they finally break free and take responsibility for who they are.

“I think it was a journey for both Damien and me to find a sense of personal space and personal responsibility. The piece is as much about us speaking on a topic as it was about us finding our space and time as contemporary artists and choreographers in Belgium.”