Inside the inner circle of the Brotherhood of Auckland Magicians

Who hasn’t wanted to cut someone in half? Or climb up a rope and vanish? It’s easily learnt if you have three to six years of time on your hands. But as much as you’d like to, you’re probably not cut out for it. Few are. The world of magic is one of extraordinary dedication and endless patience, as well as total, unbelievable deceit — the cleverness of the hand and the mind. But, if you persevere, the magic wand will bind you to other magicians until you die and then will be snapped over your co in by a fellow conjuror.

The world of magic is also one of fun, pleasure and power — whether it’s Steve Cohen in New York’s Madison Room for $20,000 a night, or the likeable, closer-to-Earth Andy Wonder at an eight-year-old’s party on a Saturday afternoon in Grey Lynn when his beloved white rabbit leaps from the birthday girl’s lap into a basket.

The very word “magic” is as ancient as time itself. It comes from the biblical word “magi”, for an underground sect who developed ways of foretelling the future, the mystery of past and present. Almost every culture on the globe had those who connected this continuum of power and mysticism with the ability to enthral and amaze. All they needed was a world of suspicion and superstition and a belief in the unreal and the unthinkable — often a dark world of witchcraft, spells and a look somewhere between Harry Potter, Lord of the Rings and David Copperfield.

Every month, in the restaurant of that odd but interesting motel on Surrey Cres, Grey Lynn, with its dark, murky carpets, velour drapes and leather couches, the Brotherhood of Auckland Magicians meet to show off their art, their dexterity and their creativity. It’s show business at its best and the city has some of the cleverest magicians anywhere practising their skill. The brotherhood was formed in 1945. It has its own constitution and was designed to bond semi-professional and professional magicians to enhance the craft and to award once a year (or sometimes only when there’s a suitable recipient) the prestigious Grand Master of Magic title, which comes with an Olympic-sized medallion on a red ribbon, the highest honour for any New Zealand magician.

The brotherhood, like its name, acts as an ancient mysterious link between the magician’s body, soul and fellow members, who clearly are in it for life; only death will separate them from their dark secrets of spell-binding mysticism and skill. In the age of television magic and street busking, the true magician is dedicated to the next big illusion.

This “inner circle” of the brotherhood (its own terminology) is like something out of Roald Dahl’s Witches, except there don’t seem to be too many female magicians (the inner circle has included women in the past, but none are still practising, so there is much room for improvement and recruitment). According to the constitution, to be included you have to be of good character, aged at least 18 and perform an initiation magic act of 12 minutes or more. There is to be no leaking of magical skills or secrets. Members have been thrown out for revealing how a trick is performed — considered an appalling act of betrayal. The world of magic is serious and secret. So no peeking. No blabbing.

At the centre of the inner circle is David Hartnell, that flamboyant queen of gossip and Hollywood secrets and the joie de vivre camp mother of Auckland magicians. Although he is not a magician himself, Hartnell has worked tirelessly for the brotherhood and the wider magic scene in Aotearoa. He says he fell under the spell of the magicians’ art at the age of 12, and his admiration and unabashed enthusiasm clearly remain to this day. 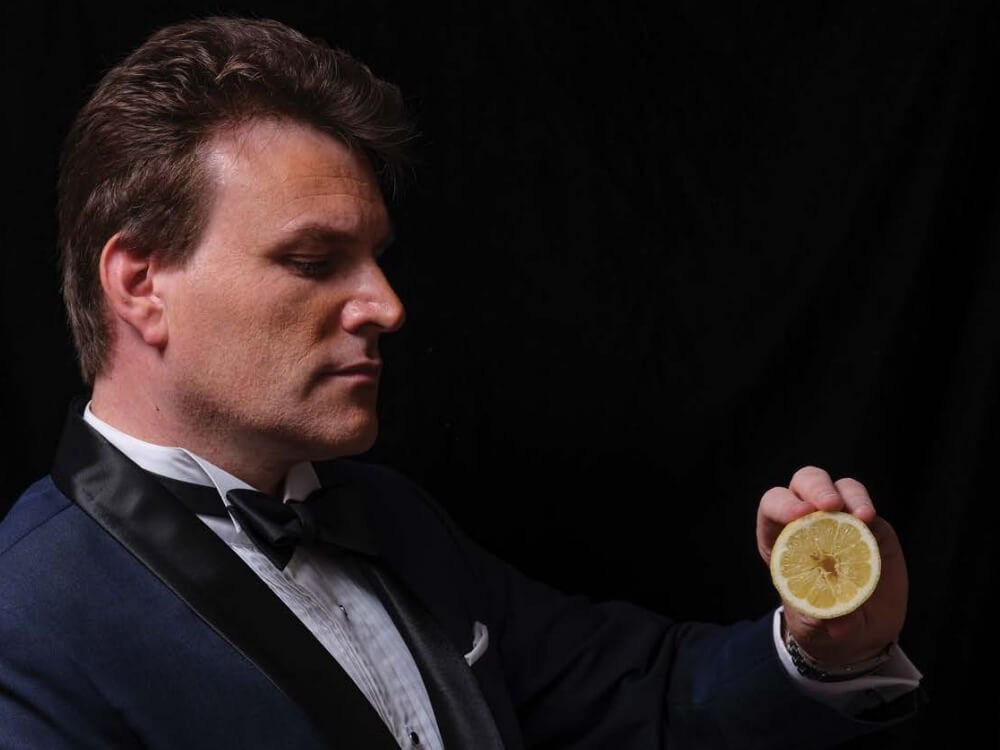 I talked to the debonair Mick Peck, based in Auckland but also a member of the Magic Circle of London. He is astonishing in his skill with cards, illusions and show-business flair. Peck is movie-star handsome and very conscious of the way he looks and presents himself. For him, the art of magic is the pinnacle of show business. (When I asked where I could learn some tricks — a word he hates — he told me, “On K’ Rd.”) Learning a complex trick will take between two and three years to perfect, he says. “And it has to fit the magician; you’ll know when you first perform it if it’s right for you and the audience.”

Peck’s hero was the famed Paul Daniels, a British magician whose signature trick was the magic kettle — an ordinary kitchen kettle that could pour any drink called from the audience. Beer, whisky, wine — even milk when someone in the balcony called for it. The bottomless kettle would bring an audience to their feet cheering.

Peck’s first encounter with magic was when he begged his parents to buy him the Paul Daniels magic kit. He has never forgotten the 100 tricks that the box provided, including a huge plastic hat that he could hide a toy rabbit in. Years later, Peck would contact Daniels and his wife, Debbie McGee, who accepted his invitation to headline the 2010 New Zealand international magic convention. It was a meeting of the minds. Smart and talented, Peck understands that half the show is about personality, and reminds me that many famous actors — Steve Martin, Ryan Gosling, Arsenio Hall — began their careers as magicians.

Even during our interview, Peck asked me to pick a number from a list with the name of a famous personality alongside it. I picked number 70. Marilyn Monroe. From his pocket he took a blank card, and with a lighter, he gently burnt the image of the famous actress onto it. 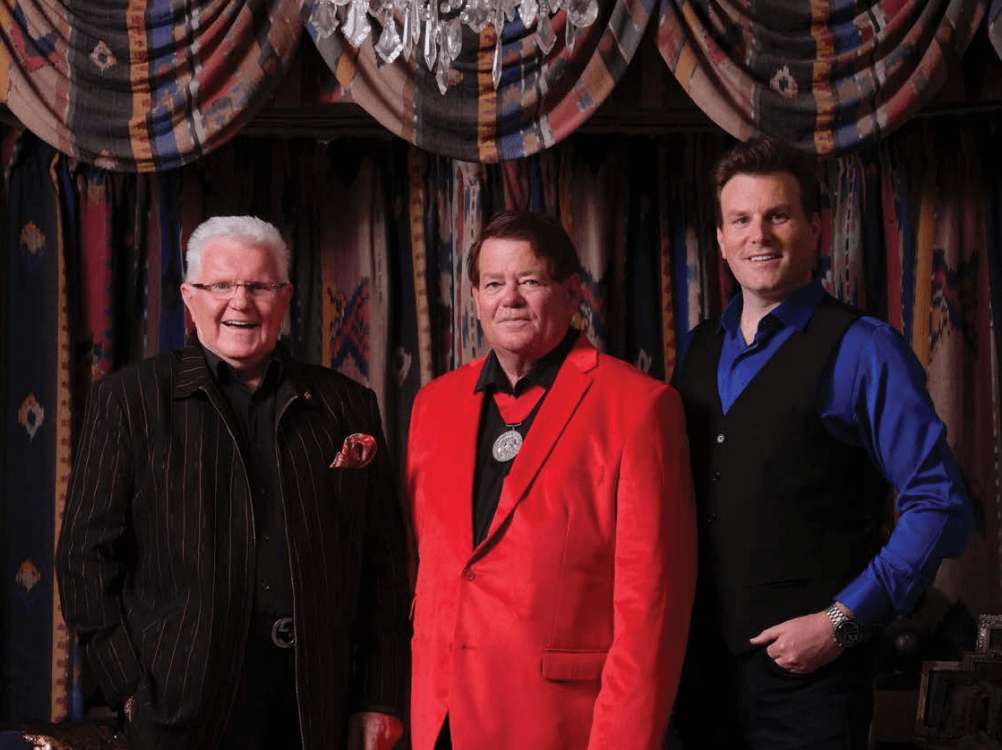 When I meet Alan Watson, the Grand Master of the Brotherhood, in his apartment on Auckland’s North Shore, I know I am truly in the presence of the beating heart of the brotherhood. He is a once-in-a-generation magician, capable of producing breathtaking wonderment. He’s unassuming but simply brilliant. And he knows it. He has an ease that is both charming and deceptive. Watson first learnt magic at seven from his great-uncle Oswald Ashton, a renowned magician, and has been practising ever since. He is enormously respected, here and abroad, appearing at the Magic Castle in Hollywood, presented with the prestigious Dragons Award in New York in 2002, and serving as president of the New Zealand Society of Magicians. His skills are matched only by his flamboyant clothes. There are coats of magical extravagance, which are probably hiding pockets of balls, coins and cards. There might even be a rabbit or two in there. He says rabbits love tricks.

New Zealand magicians tend not to drift into the world of illusion or elaborate escapism like the great hero Harry Houdini. Magic has evolved into more personal and closer encounters with an audience. The remarkable American duo Penn and Teller took their Broadway act onto television and astounded global audiences, as did David Copperfield and Criss Angel, but audiences know not to trust television — who knows what goes on in the editing room? The brotherhood believes that there is nothing like a live performance — the rapture, the sensational moment when the magician removes a chair from a horizontal body suspended in mid-air. It’s more rewarding than performing to a camera or a studio audience. To be out, like Andy Wonder, in a South Auckland mall in front of 100 young kids with a sophisticated talking whiteboard and a drawing that rolls its eyes and takes a bite at Andy’s fingers.

The world of magic is still astonishing and there are still tricks of phenomenal amazement to be seen, learnt and experienced. When Alan Watson opened his wallet and flames leapt chest-high, I, too, felt the heat and the wonderment of a perfect illusion. As we talked through how sight and eyes couldn’t keep up, he gave me an empty goblet, which I examined closely. Within a minute, he had extracted from it two baseballs and a rock. The baseballs were genuine, the rock I wasn’t sure of. When he gave me his business card, he turned it over twice, showing me both his own image and, on the other side, that of his wife. When he turned it over a third time to reveal yet another image, I was truly astonished and declared that if I were to buy a piece of magic (they sell and trade them at the brotherhood meetings), that’s the one I would get. The one I’d spend the next few years perfecting. For the rest of my life, that would be my party trick.