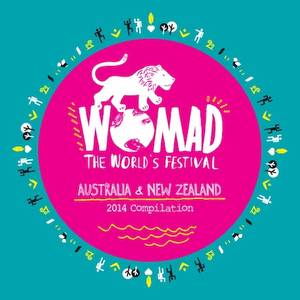 Every year at this time I think about heading off down country to check out a world of music in a park in New Plymouth.

It’s a thought that takes hold of me late the year before, when WOMAD organisers start unfurling their gigantic list of performing artists and, as with most big festivals, teasing with further announcements over the next few months.

But every year I make do, like thousands of others, with a CD compilation, and sit in my lounge with my eyes closed, pretending I’m there, at WOMAD.

And every year, as the festival date draws close, my heart feels like an invisible hand is squeezing out sorrow as I remember the events of 2003, the solitary year I made it down to the Bowl of Brooklands for a WOMAD experience, on commission from NZ Listener.

Having packed my gear, and headed out on the proverbial highway, Mum called to say Dad had taken ill, was in the hospital. But oh no, you must still go, she insisted. The festival took place in a kind of blur. My memories are fleeting, impressionistic: transplanted Grey Lynn crusties on acid, a minute’s silence for peace in respect to the then impending war on Iraq, endless crowd-pleasing Afro-bongo workouts, hippy jugglers and mind-numbingly boring Hare Krishna slop, the wheezing harmoniums and unutterably alien sounds of Qawwali devotional singing, and the QUACK-quack-quack-quack that disrupted the ever-so-serious sarod master Amjad Ali Khan’s impossibly virtuosic set.

Dad died a few days later, and I wrote my WOMAD report through a stream of tears and the pain of a loss so profound I couldn’t hope to understand it. Still can’t.

It’s inevitable, really, that every year I replay this scene – one that I have never revisited, and really should, just so I can create some new memories of that lovely multi-kulti festival in a park in a town that really shouldn’t have been able to wrestle it away from Auckland, but did so, and then kept it for themselves. Bastards.

But every year, I’m scratching to pay the rent and feed the chickens, so substitute by soaking up the annual CD, a compilation clearly designed to play a part in promoting the show, as it contains a selection of the artists about to perform at the latest iteration of the WOMAD phenomenon in NZ and Australia; but also some consolation for those, like me, who never did quite get back, get back, get back to where we once belonged.

In truth, however, even in 2003 WOMAD’s accent was so skewed towards party bands, easily assimilable African-influenced bongo-mad jam bands and commercial crossovers that traditional or quieter musics were too easily lost in the audience’s quest to find the most “happening” stage. It seems that in the ensuing 11 years, the traditional and the quiet have been pretty much squeezed out altogether, and on this year’s programme, representation from India and the Middle Eastern countries is poor.

The WOMAD CD taster seems to have arbitrarily selected 16 cuts by bands and solo acts appearing at this year’s festival, and by the halfway mark, I was already suffering festival fatigue. So many goodtime grooves, so many humdrum compositions, so many frankly appalling attempts at lyric writing. Not that crowds of bobbing groovers are likely to worry about that, as long as they’ve got a multi-cultural excuse to dance, and really, that’s what this is mostly about. Nothing wrong with that, but heck, it gets tired after awhile.

The disturbing trend on WOMAD – The World’s Festival is a tendency towards 1980s sounds: fretless basses farting through the aural bathwater, thin synthesiser tones on loan from an old Wham! record. This is especially foregrounded on Roberto Fonseca’s track, which is like jazz-fusion group Weather Report with a dance imperative: fast lines but simple melodies. That it’s all the way from Cuba scarcely matters. It’s also there in spades on the tacky commercial reggae tropes of French group Dub Inc and the Zimbabwean party sounds of Mokoomba.

Highlights are few on a compilation that favours a worrying homogeneity disguised as diversity, but China’s Shanren have a charming old-fashioned, almost country and western style that superficially resembles the music of Okinawa, and on-trend, Mercury Prize-nominated Sam Lee makes good on his revitilisation of the traditional yearning folk songs of the British Isles. Tunisian singer Emel Mathlouthi has that compelling, arid North African inflection, while Pokey La Farge’s evocation of old-style Americana (western swing and country blues) may be a forgery, but it’s an impressive one.

I know that WOMAD can’t hope to represent the whole world in every festival, but if aliens were to land tomorrow, and glean what they could from the cultures of the world as they’re offered up on WOMAD – The World’s Festival, they would think us a mindnumbingly ordinary bunch of groove monkeys.

There’s also a question about the inclusion of artists like NZ songstress Kimbra and 1990s hiphop group Arrested Development. My head hurts when I try to think of a single reason to include them in the programme. Sure, by someone’s definition, they’re ‘world’ music artists, but doesn’t that open up the show to absolutely anyone? So then, where’s the alt-rock, the weird electronica, the free jazz, and on and on?

Maybe I don’t need to go to another WOMAD. My 2003 highlight was definitely the ducks. Dad loved ducks.