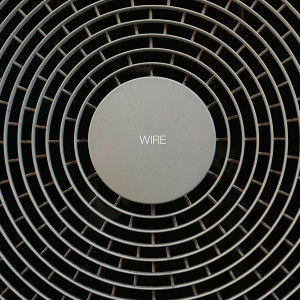 Wire are the definitive art-punk group, whose debut album, Pink Flag, still amazes with its blitzkrieg of short, sharp shocks of songs some 38 years after its release. To many, they’re the flag-bearers (ha-ha) of all that is great about the post-punk aesthetic, with their clever, oblique word play and an attitude that determinedly pokes its snoot at all that’s clichéd in popular music.

But here they are, nearly 40 years on, now minus the obligatory foundation members, but still boasting their superiority complex, banging out a form of rock that’s not really that different (or better) than anything else.

The self-titled Wire (how clever, after all these years to call themselves by the definitive statement of their own name) sees them adopt a repetitive “motorik” groove influenced by German progressive rock groups of the 1970s, except that they make it sound sluggish and plodding by wrapping a bunch of tedious, uneventful songs around it.

There’s a song here called “Sleep-walking”, and it feels like that’s exactly what’s happening: songs boasting the barest semblance of melody, and lyrics that are so disembodied that even in those rare moments when you could engage with it all, you just can’t be bothered.