VIVA LA NOA! — A record label. An improvisational ensemble. A creative whanau. NOA RECORDS is anything it wants to be.

Noa Records is a shapeshifting mystery.

In its easiest-to-grasp form, it is an independent record label established by Larsen Winiata Tito-Taylor, David Feauai-Afaese and Navakatoa Tekela-Pule, releasing experimental music from Aotearoa and the Pacific. But it’s also an improvisational live music collective and, really, anything else they want it to be. On Noa’s Instagram profile, it describes itself as a “creative whānau”, and the impression Tito-Taylor, Feauai-Afaese and Tekela-Pule give in person is that the tie binding it all together is one of process rather than form. “I think the essence of how we have navigated our projects and also our relationships with each other, there’s been a big emphasis on wānanga and talanoa,” says Feauai-Afaese.

Wānanga and talanoa roughly translate as pedagogy and dialectical conversation, respectively. Lofty and laudable aims — perhaps especially for musicians. “The medium in which both those phenomena can occur could be through music, art, conversation, dance,” says Feauai-Afaese. “The experiences we have had in the last two years have really made us realise, ‘Okay, this is actually something really important and integral to what we want to do.’ We are not just a record label, we are a creative whānau. We are the embodiment of our relationships and we have relationships with a whole bunch of different people, and being able to bring those people into a space where they can share their stories has been a really beautiful experience.”

The boys met through their connections with another, now semi-defunct collective of musicians and creatives, The Grow Room, which, until recently, had its spiritual HQ in St Kevins Arcade on Karangahape Rd. I invited the guys up to my own K’ Rd flat for a chat about what they’ve been up to recently. It’s apparent, and not just to me, that Noa is bringing something distinct to the table. One of those points of difference is their diverse range of interests.

They’ve already proved in their lively and frequently improvised sets that they will not be boxed in by any single discipline or genre.

“Improv is a big aspect of how we perform,” Feauai-Afaese tells me. “The beauty and fluidity of improv are metaphorical to the disruption that we embody, in the sense that each of us is playing to our own hearts, which in itself is radical because we are existing in a reality and a system that wants us to be a specific thing, but each of us as performers is playing something that’s truly unique to us. Whoever else is in that relational space will end up playing something that resonates, and then you have a massive resonance disrupting the framework.”

This “try anything” approach has them jumping between styles — from jazz to hip-hop to post-punk — all to great effect. “We did a fully improvised set early on,” says Tito- Taylor, “and it was an awakening moment for a lot of people. They came up to us after and were like, ‘I’ve never experienced anything like that’.”

As the boys riff on this theme, there’s a sense that this fluidity — more than the conventional parameters of a label in which certain artists are picked up and pushed as packaged commodities — is their aim. Soon, we’re discussing the ways in which Karangahape Rd — something of an epicentre for creatives in Auckland, even if its reputation has seen some dilution in recent years — has changed. Gentrification, that cursed yet persistent force, is a roadblock in the way of a new generation of artists — and yet the most vital scenes tend to innovate themselves around obstacles like the ones gentrification presents, forging ahead despite conditions inhospitable to their respective visions.

Noa Records is an example of that vital forging. It seeks to inhabit a space (as of writing, without a physical address) where not just te ao Māori but a whole Pacific brethren can meet and share. “An ex said to me, ‘You should start your own thing’,” says Tito-Taylor, “and that put me on a path of wondering what that would look like and what spaces it would nurture. The vision didn’t come out of nowhere. It was a gradual process for me, connecting to te ao Māori and thinking that was kind of a main focus. Then other things came into that conversation — that’s the usual way. Suddenly, we had a Sāmoan context and it’s just swirling out now gathering all these different reference points that are almost pan-Moana.”

I mention that some might take offence or feel iffy about combining Māori and Pasifika elements, seeing as more academic insistences normally keep these separate.

“New Zealand is the Pacific capital of the world in a way,” says Tito-Taylor, “and with the polarity of Aotearoa now in terms of tangata whenua, and the past always being present, our shared ancestry is something we find a lot of grounding in through our own conversations. It feels like there’s a theme of ‘weaving’ in the wider moment. At this time we are the three primary members. In terms of our closeness there’s a lot of trust and softness to allow ourselves to navigate these spaces. We want to broaden out, keep weaving. It’s so limiting to think, ‘I’m just a musician’.”

“With something like tikanga, for example,” Tito-Taylor continues, in the quietly intense mode characteristic of all three Noa members, “there’s a contrast between written law and tikanga which is supposed to be about adapting. There are things that we want to carry through, but there are also things that need to shift according to our relationality with what is happening. They’re markers for us to flow back to.”

“It’s funny how it’s in the rigidity that we tend to find our own traumas perpetuated,” says Feauai-Afaese. “I think the fluidity we have found creatively, recognising that our identities and relationships are fluid, allows new imaginings of how we can be and what we actually want to manifest into our realities. There’s a Sāmoan proverb which roughly translates as, ‘The things may change, but the principles remain’. That’s really important to me in how I navigate being Sāmoan. The way that manifests itself doesn’t have to be in the same way as how it used to be; the way I am Sāmoan now doesn’t have to look the same as how Sāmoa has looked for the last millennium.”

Between nuanced navigations of where they sit in a mostly racial identity metric and actively countering assumptions people might make about the types of music they’re drawn to, the Noa boys are refreshingly cognisant of respecting the specific histories of each genre they traverse. “In terms of switching genres, there’s this kind of multiplicity where we are aware of different musical histories,” says Tito-Taylor. “To acknowledge African-American music, for example. I often think about the context of jazz. It’s not or shouldn’t be about just trying to reproduce this music that comes from a certain experience. You have to fully acknowledge the roots of where it has come from, and in that find your own position in that tapestry rather than just reproducing from the trauma that brought that music about. There’s this awareness within the music itself, the way that all of that knowledge comes into play even if you’re not conscious of it. In a musical context it makes sense. And then a transfer to a pan- Moana context occurs, where we come with our own knowledge that’s culturally rooted. We come together to celebrate that—that’s where those things move together.”

Beyond the usual configuration of a record label, Tito-Taylor speaks frankly about his hopes for Noa Records — which as they imagine it, isn’t a space exclusively for musicians, or even necessarily your stock-standard record deal. “We’re looking towards manifesting physical space for a deeper embodiment of community,” he says. “We’d like to see marae values re-emerge in community spaces outside of a bar. You don’t find that shit in a bar.”

In recent years, with “community” being the sluttish buzzword that it is, the notion of “the third place” has trickled down from the annals of sociology to the casual register. The third place has some equivalence with “marae values”, referring to a space beyond the home and the workplace where communities can gather and interact in public without the need for commerce. As it’s been roughly conceptualised, the third place is a zone of meeting and organising where “the people” as an organic mass could form not just social and interest groups, but also set up democratic strongholds against state corruption. A lesser ideal describes cafes and bars acting as these third spaces, from which it’s clear our standards for community organising — and what “community” is even meant to do or be — have been significantly diminished.

As the Noa team speak to things like “manifesting realities” and how Noa Records has organically expanded and hybridised from its initial aims, you get the sense they’re operating on their own terms, finding a unique way forward, towards a creative expression no existing platform currently affords. Or recognises. Thus the necessity of building something of their own. 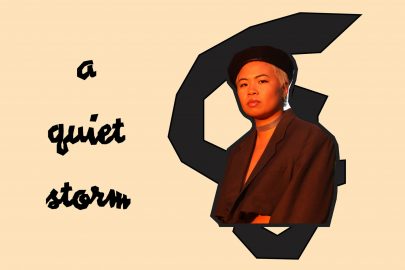