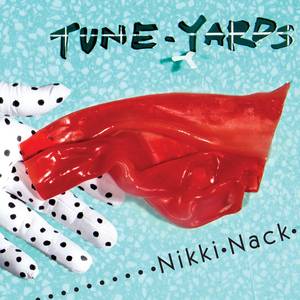 Like that other queen of post-post modern pop, St Vincent, Merrill Garbus isn’t just part of a trend, but has self-determined her own musical universe.

Nikki Nack, her third release under the typographically challenging tUnE-yArDs name, is such a riot of ideas – such an assertion of personality and Garbus’s provocative activist spirit – that it demands all your attention, all the time.

Sounding like a Haitian voodooist speaking in tongues over the cartoon modulations of a nerd-boy bedroom synth experiment, she employs whatever she needs to get her message across, including the bizarre vocal interjections of a choir called Roomful Of Teeth. She wrenches her melodies into strange shapes to make them fit her mouthful of lyrics, and it works.

Strange and sometimes exhausting, Nikki Nack is also unfailingly brilliant. And the girl can sing.