The Renderers: In the Sodium Light - review 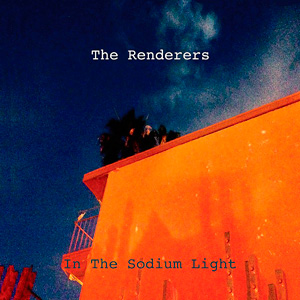 There are moments in David Lynch’s 1990 TV series Twin Peaks where things turn very, very dark, and it’s no longer just an oddball murder mystery or about some homicidal maniac, but something very sick but somehow unquantifiable, deep in the woods.

In the Sodium Light, the eighth album by this Christchurch group, captures a similarly queasy, unsettled, uneasy atmosphere on what is the band’s first release since a move to America after the 2011 earthquake, and it’s a sustained mood piece.

While the group — led by husband and wife Brian and Maryrose Crook — has its roots in the Flying Nun scene, they were one of the first local outfits to develop a distinctive variant on the alt-country sound. No one could have predicted the singular approach they’ve taken with In the Sodium Light, an album of brief interludes and worried, mournful epics like “Mr Pulse”, which moves from the unexpected line “killing chickens in the morning” to the disdainful “your burden, it’s hurting, it’s dirty, it’s worthless — can’t carry it no more”.

Maryrose’s doleful delivery is perfect for the startling instrumental mechanics, where behind every hint at melody is a grinding drone or closely recorded guitar feedback. This is a band that think about more than the notes they play, that invite you right inside the emotional engine room, giving an opportunity to witness their raga-psychedelic psychosis up real close. It’s often desolate, and it all feels like it takes place in the dead of night, but there’s something quite gorgeous about their dissonance, something hushed that suggests they’re really listening, and that they want us to, as well.