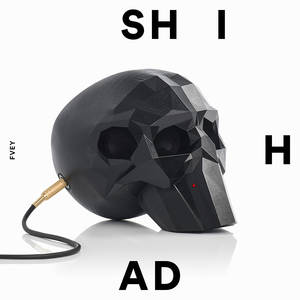 What happens to a hard-edged rock band – one whose very existence depends on remaining vital, angry – when its members hit middle age? Why, they become Metallica, of course. Shihad, who have frequently been loud-hailed as NZ’s greatest rock band, started life with a big debt to the kind of machine-gun riff-rock that Metallica represented.

But instead of a regression to internal bickering, conservative politics and wild game hunting, Shihad has regrouped around the producer who cheer-led Churn, their 1993 debut. With Jaz Coleman’s mad rage feeding into FVEY (pronounced ‘five eye’) it gains a sense of purpose that achieves lift-off from the group’s done-it-all-before, mid-life lethargy.

It’s an album perfectly timed for the lead-up to the elections, and had Labour been smarter, it might have used these songs as a manifesto to reel in the disaffected. They’re songs about the heartlessness of big business, the senselessness of international free trade, the immorality of selling our land and our freedoms, and the freedoms that are slowly leeched away by our own apathy.

Blunt but effective against the hammering, taut grooves and Toogood’s caterwauling vocals, these sentiments are not only timely, but they’re also brave for a group who could be wallowing in their own legendary status as New Zealand’s most popular rock group.