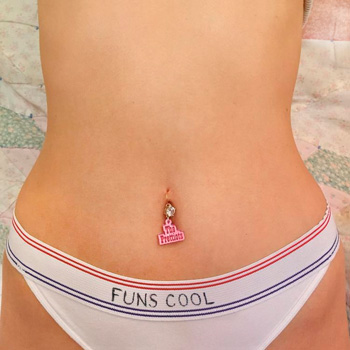 For those who haven’t benefited from a listen to the infamous 1960s family band The Shaggs, school-age sisters whose one album was paid for by their dad, it’s an extraordinary thing.

There’s something fetching about three girls who can neither play nor sing but are determined to crank out tracks with titles like “Philosophy of the World”, “Why Do I Feel?”, “Who Are Parents?” and the possibly self-explanatory “My Pal Foot-foot”.

Well, there’s currently a mini-explosion of female music groups who make The Shaggs look slick by comparison. That may be going just a little too far, but the (frankly) incompetent, unbelievably shambolic “punk” of Spanish group Hinds is a great example. Seemingly the toast of London, they appear to get by on irrepressible personalities alone.

Add to that The Prettiots, an American duo (strummed ukulele, bass and vocals) who at least write fairly engaging, humour-laced lyrics about their youthful experiences. Billed as “a thoughtful, funny, catchy-as-hell state-of-the-union address from young women living in a big city and watching life unfurl in fits and starts”, let’s just say that the pair’s take on life and relationships is a nice riposte to the perspective of that downer Daughter.

I doubt that anyone would benefit from more than a few exposures to songs like “Boys (That I Dated in High School)”, a roll-call of blow-jobs and other teen missteps and misdemeanours, but at least Kay Kasparhauser and Lulu Prat know how to put together happy wee (and sometimes bittersweet) melodies, which often run pleasingly counter to the sentiments.