Mahler’s Ninth is a deep dive. I’d forgotten how deep. “Now at the end of life I must learn to walk and stand as a beginner,” he wrote to his friend Bruno Walter, shortly after being diagnosed with the heart condition that killed him a few years later. He was not talking about the reinvention of a lifetime’s musical idiom which occurs in his ninth symphony – written during those years, and the last piece he ever completed – but every time I listen to it I feel unsteady on my feet. I know Mahler as well as I know any composer. The ninth is where that familiarity feels least useful.

It’s also, of all his music, the place where orchestral precision matters the most. The music has a questing indeterminacy. It undermines its own structures even while building them. Leonard Bernstein was convinced that its uneven opening rhythms represent the faltering beats of Mahler’s soon-to-fail heart; whether you can hear that in the throbbing string pulse of these bars or not, it isn’t a rhythm that does what you expect it to do. 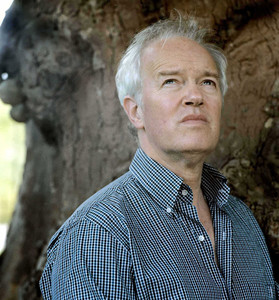 The strings of the New Zealand Symphony Orchestra, playing under the baton of life-long Mahler specialist Edo de Waart (right), had no trouble with this opening. Nor with the far more challenging unison-strings opening of the final movement, which requires all the stentorian harshness the players can muster – it’s one of those “Just how strong can your sound get, guys?” moments – before dissolving into a miraculous tenderness. This was lovely work.

In general, the NZSO’s unison and solo playing was equal to the music’s substantial demands. (I was especially struck by Lyndon Taylor’s richly voiced viola solos in the last movement). Where the orchestra seemed to be pushed slightly past its limits was in the polyphonic depths of the first movement.

Mahler’s ability to vary his tonal colour was always remarkable, and in all his orchestral music the textures tend to the diaphanous; no composer is more likely to use unlikely pairings of instruments, or to have different parts of the orchestra using markedly different volumes and registers simultaneously. (In the same way that writing high-calibre violin music is hard for non-violinists, a professional orchestra conductor will generally have the clearest idea of how to achieve complex orchestral effects; Mahler was one of the great conductors.)

But in the ninth the music is not merely complex, it’s treacherous. Its layers work against each other and against your expectations. When music is this complex and subtle, it’s more than usually vital that the notes fall precisely where the composer put them. In some of the more demonic passages – particularly in some of the first movement’s fast-rushing strings versus brass sections – this performance was a little smudged.

Overall, though, it was a creditable account of one of the most difficult symphonies in the repertoire. The muted final moments, in particular, had a beautiful poignant hesitancy. Several of Mahler’s symphonies have unofficial titles, most smacking of the heroic- “The Titan”, “Resurrection”, “The Symphony of a Thousand”. Bruno Walter, who conducted the premiere of the ninth after Mahler’s death, suggested that it should be called “The Farewell”. As the final note whispered down to inaudibility, de Waart stood absolutely still, arms raised, and for a long moment it was impossible to say whether the music had ended. I don’t think anyone in the near-capacity crowd was breathing.