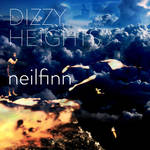 You’re a 55-year-old singer-songwriter whose work includes a solid clump of enduring Kiwi classics, most of which were already well behind you 20 years ago. How to reframe and refresh, while reasserting your way with word play and a very specific melodic acuity?

A thorny problem that Neil Finn has attempted to address by hiring American producer Dave Fridmann, whose work has blessed hip alt-rock groups like Flaming Lips and Mercury Rev with a whole new dimension in sound.

Unlike the 2011 Pajama Club album Finn worked up with wife Sharon and Sean Donnelly of SJD, his third solo album sees a partial return to his instantly recognisable song-writing style. But this time the sound is dressed up and garnished in a manner that may shock old fans while delighting new ones.

The first song, “Impressions”, seems like a statement of intent: one of several to feature Finn attempting a falsetto, it’s a repurposed Negro spiritual that replaces the chain gang lament with lyrics about going downtown to get a haircut.

It’s something of a relief that the very next song, the title track, swirls around in a very 1970s string-laden pop domain that captures the heady swoon of early Electric Light Orchestra, to a lyric that exalts in the heady taste of risk-taking. Then it’s “Flying in the Face of Love”, which could be a Pajama Club out-take except that it graces one of the most naggingly memorable choruses in a Finn song since Crowded House was at its hit-making peak. I can’t get the damn thing out of my head.

It’s an inconsistent but alluring album, with the lesser songs (“Pony Ride”, “Better Than TV”) finding it hard to escape the inevitable repetition of a song-writing technique that’s by now etched in stone, but still sonically dressed to thrill. The question is this: stripped of their embellishments, would these songs show Finn stretching himself? I doubt it. But it’s a moot point when the day-glow colours are so inviting.

Neil Finn’s work has often been as infuriating as it is brilliant, and even his greatest songs can be annoyingly soft-centred, comfy to the point of glibness and strangely passive-aggressive. But there’s also a darkness on the edge of his suburban neurosis that’s seldom discussed, and he’s one of our few writers to convey the intensity of experiential awe.

In those moments, you know he’s not kidding, and the last two tracks on Dizzy Heights are right there: “In My Blood” is a song that only age could beget: “How I wish that I could come back again/How I wish I could do this again.” And the salty, piquant denouement: “Your flavour on my tongue/In my blood/Sparkling in your eyes/The moment when I die, I’m hoping that I don’t have to miss anymore.” Then there’s “Lights of New York”, a hushed, woozy echo of Broadway that glimmers with his undimmed ardour for a partner of many years.

Dizzy Heights may not quite rewrite the book on Finn, but it’s enough, for now.