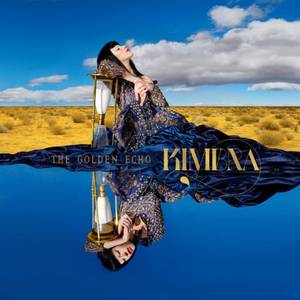 Geographic origins encourage the comparison of Lorde and Kimbra, but really, the two live in different universes. While Lorde is a kind of electronic torch singer, Kimbra is a musical polyglot with the kind of precocious and inquisitive talent that will either erupt into a firestorm of originality, or degenerate into the kind of over-schooled and over-rehearsed muso mush that only other musicians appreciate.

If there’s any comparable artist plying her wares on the world stage, it’s St Vincent, whose clever post-modernism (clipped funk, loads of irony) has bought her the patronage and admiration of comparable older figures like former Talking Head David Byrne. But Kimbra is 12 years younger than St Vincent, and a lot less worldly wise.

Kimbra’s 2011 debut, Vows, was too clinical and airbrushed and Pro-tooled and just too damn clever-clever for its own good. Nothing wrong with clever, but the cleverness behind the best pop is invisible, a trace compound buried within and behind the lustre of a spiffy tune and a hot performance. Three years on, The Golden Echo is a vastly different, and vastly better, proposition.

While Vows played around with the kind of artful layering and oddball conjunctions Bjork loves so much, on The Golden Echo she’s become a wacky soul seductress whose Jill Scott-on-helium vocals and smooth, Stevie Wonder-style jazz/funk stylings could pass her off as African American.

That Scott-like intimate coo is showcased on ballads like “Love In High Places” and “Nobody But You”, but on balance it’s the eccentric yet sophisticated late ‘80s and early ‘90s phase of Prince that acts as the obvious catalyst for her explorations. The Prince moves are there on the first single “90s Music”, “Rescue Him” and especially “Madhouse”, an enjoyably wiggly jazz/funk hybrid that just happens to share its name with a jazz/funk group Prince produced on his Paisley Park label.

My favourite is “Carolina”, a deliciously delirious ode to the US State (presumably) that somehow manages to be both insane and joyous, and jukebox worthy.

If there’s a problem, it’s that her aptitude and creative energy still exceeds her originality by a considerable margin. It would be a crying shame if all she was remembered for was that bracing chorus of Gotye’s “Somebody That I Used To Know”, the life sucked out of her development by an unrepeatable early peak. That’s a problem her hero, Prince, never had. Who remembers his first few albums, where he got to slowly develop a formula that was ready for mass public consumption only with that lucky fifth platter, 1999?