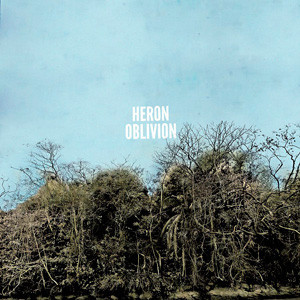 Meg Baird’s angelic vocals once sang out over the haunted psychedelic folk-rock of American band Espers, and the result was bewitching. Later, she made a few solo albums and now, she’s back with a new band comprised of personnel from more rambunctious alt-rock groups like Comets on Fire.

The result is predictably great. What’s not to like when that voice meets minor-key rock bombardment?

Heron Oblivion contrasts the fragility of Baird’s vocals with fiery dynamics, and while the associations might be a bit gothic for some, the album also dips right into a steaming cauldron of 1960s guitar psychedelia that never gets old, because it’s so seldom referenced in any serious fashion.

If this is your cup of patchouli, it might be worth a dip into Espers’ II or Comets On Fire’s Blue Cathedral.