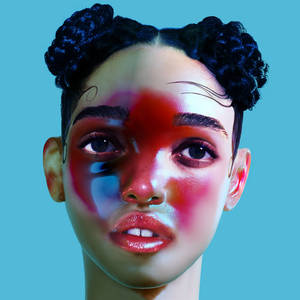 The best pop music is by its nature experimental, but it fails us when it dresses to impress. Instead, experiments work when they’re joyful, fecund, pressing our pleasure centres. Think of something as simple as the distorted kick-drum on Prince’s genius ‘Kiss’, where the distortion of the slamming, sound-saturated tape becomes a key ingredient in his sultry sonic seduction.

On her recent album The Golden Echo, Kimbra built a smart house from the Lego pieces of nineties-era Prince, by which time his funk powerhouse had lost its direction if not its full head of steam, and as impressive as it was, her music sounded distracted by a million disconnected strands, never asserting a fully fledged personality as a result.

Like the Waikato’s second most nourishing export (after milk), FKA Twigs plays up to the current infatuation with R’n’B divas, but there the comparison ends. Twenty-six-year-old former dancer Tahliah Barnett’s debut crackles with the delight of finding her own thing, claiming her own territory, and it vibrates with the allure of being both in and of the moment, and an art object that laughs at the zeitgeist: think Tricky’s Maxinquaye, or Portishead’s Dummy, with a side of the style-warping élan and cheek of Bjork.

There’s a sense that Twigs is satirising the athletic ululations and orgasmic over-emoting of contemporary R’n’B divas, but the clinch is the way she combines the heightened sexual tension of soul with an ethereality that’s closer to the wispy introspection of the shoegazer contingent. All that would be pointless, however, without the sometimes brutal intrusions of an armoury of electronics. There are “real” sounds – a brush-stroke of guitar here, a flurry of acoustic bass there – but the genius is in the way the virtual synthesisers pulse, surge and purge the space with Doppler-effects and savage contrasts between conventional beauty and rude noise that tear up the interior fabric.

Her supra-real cover image and videos suggest that she’s some kind of synthetic/organic hybrid. That’s what the music sounds like, too – that she’s a young woman struggling with identity and sexuality in an England where grime and shiny, airbrushed, picture-modified new technology make for awkward bedfellows. So instead, she half hides behind a Replicant/Cherry 2000 sex-doll caricature.

LP1 presses all the right buttons: it shocks while it seduces, it’s a kind of pop music, and it avoids any obvious crimping from those increasingly gargantuan back pages of pop history. That’s something.