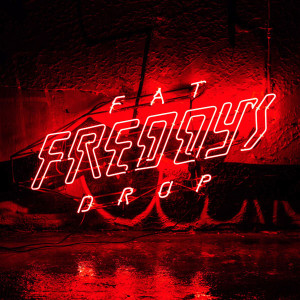 Preview the album before its 23rd October release date.

By now, Fat Freddy’s Drop should be settling into long-term entropy — fat to flabby. How many Wellington-based independent outfits have achieved a raft of number-one hits and sustained international success that, after 16 years, continues to grow? Not many, if any.

In fact, FFD remain an exception to every rule: their fan loyalty came from a place advertising budgets and cheap hype can’t buy, and they’re still the best local example of the benefits of avoiding conventional music industry machinations.

But pop culture is by its nature expendable, and every band has its day. Is Bays (named after their Lyall Bay studio), the group’s fourth studio album, the moment the old dog loses its bite?

Ah, no. Remarkably, Bays is the sound of a band not resting on its laurels, one that is determined to force its own evolution, even if there is a small price to pay for its exploratory behaviour.

There’s a song here, “Slings & Arrows”, that’s an almost perfect example of the easy road FFD could have taken throughout. It’s impossible not to think of that most conservative and woefully ordinary English reggae group UB40 when you hear it. There’s the same easy lope, some would say a groove, that even stiff-limbed white people might skank to. The instrumentation is sunny side up (even as the lyrics tell us otherwise) and the overwhelming sense is of comfort.

But even here, FFD is not coasting. If anything, it’s UB40’s first album the song mirrors: the good one, when for a moment they sounded like they meant it.

Fat Freddy’s Drop haven’t abandoned their famous fusion of reggae, dub, soul, funk, jazz (with a topping of studio-enhanced electronics), but Bays finds them reaching out to new ways of doing things with an eclectic set of tunes. It’s the first time they’ve worked up a fresh batch in the studio without any road testing, and the experiment works wonders, pushing Dallas Tamaira out of his vocal comfort zone and allowing for the development of harmonically and compositionally more sophisticated material.

All of this would be wasted, of course, if FFD had lost their funk along the way. If anything, though, Bays enhances the groove factor. Nearly every song comes with bass lines that sound like they’ve discovered a stash of unheard 1970s funk and reggae rhythm tracks, then electronically enhanced them for maximum dance-floor impact. While FFD built their reputation on some loose jams, everything here is tight-fitting, with the bulges in all the right places.

DJ/producer Chris Faiumu must bear some responsibility for the increasingly electronic sound: organic performances are scrubbed up and processed, and most of the nine tracks are subtly machine-tooled for the present era.

Of more concern to some will be the increasing influence of techno on songs like “Razor”, which is like a dance-off between Fat Freddy and Kraftwerk at a Berlin club.

The group is a popular attraction in Germany, and they’ve clearly come under the spell of Berlin’s techno scene. But while cuts like “Cortina Motors” are in thrall to the genre (try not putting on your dancing shoes when you hear this), the group negotiate whatever style they’re investigating with care to retain the FFD personality quirks.

The conventional road for Fat Freddy’s Drop would be to stymie stagnation with an album loaded by pointless guest rappers and divas. Instead, they’ve held true to their core logic, and squeezed out an album that some may find a little less digestible than previous outings, but one that’s no less great for that.

Pre-order Bays here, ahead of its 23rd October release. Listen to an album preview here.