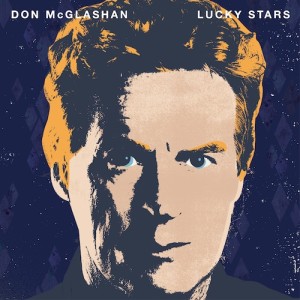 It’s not that there’s anything wrong with Neil Finn and Dave Dobbyn, just that without Don McGlashan hanging in there left of centre at the front ranks of our legacy songwriter trio, we might start to feel a little beige.

McGlashan has been adding a little art and a few odd shapes to New Zealand song since before his post-punk group Blam Blam Blam in the early 1980s, but after his valiant failure to take it to the world with The Mutton Birds, his solo career has been slow to take flight.

Lucky Stars is only his third solo work and his first in a very long six years, but all the hallmarks of his singular style are in place — the spine-tingling way he moves from major to minor keys, his keenly observational eye, the thoughtfulness with which his songs are forged. And yet, there are differences: there’s nothing here as captivating as his best work with the Blams or The Front Lawn, which suggests McGlashan is at his best in collaborative roles. His writing continues to evolve.

Thankfully, narratives in the style of The Mutton Birds’ “Dominion Road” have given way to imaginative pontifications like those of “Lucky Stars”, where the writer finds himself before dawn at a petrol station in Henderson, gazing at the stars and marvelling at the fact he has a body that does everything it’s supposed to  and “all the bits that make a man”. No one else gets close to writing songs like that, and making them work.