David Bowie: The Next Day - review 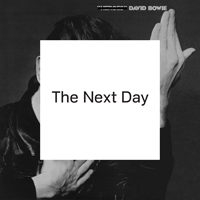 It’s tempting to toy with the thought that The Next Day is better than anyone has a right to expect from David Bowie at the age of 66, especially given his rumoured frailty since suffering serious heart problems.

But the truth is that we do have every right to expect top work from our artists, and to evaluate that work on its merits, not on our sympathies for fast-fading icons, even when the truth hurts.

Some of Bowie’s best work has hardly caused a ripple, while the seas look set to part for The Next Day. It’s all in the timing, and this is his first new album in 10 years; time for the prince of the zeitgeist to return in all his finery.

The problem is that Bowie has always been more style than substance, his rock theatre, ambiguous sexuality and in­triguing personas through the 1970s building a devout audience around his pop-art aesthetics. His lyrical intelligence and astute choice of musical col­laborators made him a hero of underground media, but few, it seems, ever questioned his lack of depth, or the glam decadence he espoused.

And then, unmasked in the 80s, Bowie’s allure seeped away as he unleashed a torrent of ordinary-to-awful work. Dedicated fans argue that he mustered an astonishing return to form in the late 90s, but few were listening.

The Next Day, far from a real comeback, is a bit of a hodge­podge of rock moves and man­oeuvres from throughout Bowie’s 45 years in music. He’s in a nostalgic mood, although the reflective overview of the first single, “Where Are We Now?” is a rarity on an album that’s big on bombast and pomp and prog-rock flourishes.

Lyrically, it’s referential to his halcyon days as the ambitious, drug-fuelled “Thin White Duke” but, musically, it pulls in strands from the girl pop of the mid-60s through to Beatles-type psychedelia to glam’s power pop and even into sub-Queen-style pomp. And its weakness is that sometimes all those elements come together in an alphabet soup that’s neither subtle nor particularly tasty.

Favourites? “I’d Rather Be High” is an appealingly melancholy withdrawal from dealing with the state of the world dressed in psych-pop clothes and boasting a memorable tune and guitar figure, and “Boss of Me” is both a surprising lyrical admission (that his wife wears the pants) and a composition that’s layered for repeat exploration.

At its worst — the cock-rock riffing of “(You Will) Set the World on Fire”, the half-assed rant of “The Stars (Are Out Tonight)” — the songs could be elaborations on that forgettable Tin Machine album. And the cod-theatricality of “You Feel So Lonely You Could Die” brings up unwelcome visions of Meatloaf at his operatic worst.

Overall, however, The Next Day isn’t a bad album, and its nostalgic theme will elicit some emotive response from most. It’s just not special.