Daughter: Not to Disappear - review 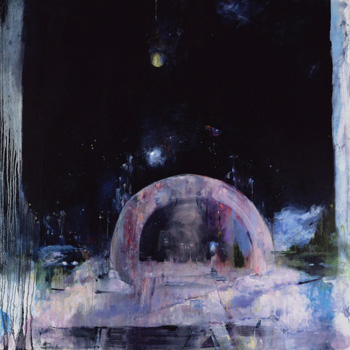 Those who were taken by this trio’s performance a couple of years back at Laneway, or dazzled by their debut album, may find this follow-up a challenge, depending on their disposition.

The thing is, Not to Disappear is — as the cover art suggests — a series of songs confronting an unrelenting catalogue of gloom. Elena Tonra’s new material consists of a narrative inquisition of big-city angst that brings a whole new dimension to so-called confessional songwriting. Those who were taken by this trio’s performance a couple of years back at Laneway, or dazzled by their debut album, may find this follow-up a challenge, depending on their disposition.

Thank goodness for that sound which, while rooted in the austerity years of post-punk (think The Cure, Joy Division, Cocteau Twins), has an enticing lushness that’s pure prosperity. And thank goodness for Tonra’s voice, which whispers away in a seductively nonchalant manner, even while she’s painting an ugly picture of life from the cradle to the grave.

Deep down we know that many of Tonra’s more jaundiced observations are just her way of working through the acute experience of separation, a way to examine what it all means, while she navigates the complexities of emotional survival as a young woman. Still, they make for some of the most explicit, revealing song lyrics in recent memory.

Daughter has whipped up a beguilingly simple yet pungent wash of colours and shapes to sonically illustrate the songs, most of which start out hushed in tone and cloudburst during the chorus, in a dream-pop equivalent to those big pop climaxes favoured by everyone from Miley Cyrus to Adele, minus the cheese.

“Hoping I’m overthinking, I should be feeling more draped over your bones,” Tonra rues on the final track, “Made of Stone”. “Love, it’s just face-painting. Love, it’s just easing the waiting before dying without company.” It’s not the cheeriest note to end on, but most of us have at some time racked our psyche for an explanation for a relationship that may seem picture-perfect but fails to engage, and gone down a worm-hole of self- and life-loathing.

Clearly, Not to Disappear springs from a major break-up, but it isn’t about that so much as the fall-out, and how to find your equilibrium, and even a reason for being after you’ve invested so much. “Goodbye to our empty ruins,” she chimes on “How”, after seeing her former lover with someone else for the first time. That launches her into “Mothers”, the most affecting track, a bleak look at the sacrifices a mother makes for her child, leading to eventual separation and estrangement. “Grow all you need to grow inside my spine… I’ll stay here, provider of that constant sting they call love.” Then, on “No Care”, she makes some penetrating observations on sex, and, on “Fossa”, can’t stop thinking about one guy while another is “diving down”.

It’s not great poetry, but it’s a rich, honest and revealing set of observations that are as jaundiced as the music is gorgeous. There are universal truths here that are seldom addressed through one of our most expressive mediums: pop music.

If this album spins your digits, you might also be up for James Blake or The xx.