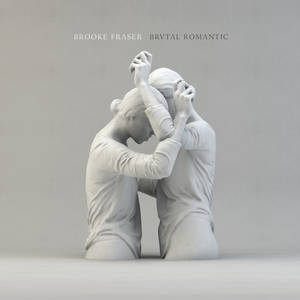 The problem for Brooke Fraser is that the refresh rate of pop has increased exponentially, so the emotive balladry that made her our favourite pop diva a decade back now feels out of date.

The question is: can a pop artist evolve anymore at the same pace as market trends without losing what was intrinsic to their musical character? While the hit single “Something in the Water” four years ago suggested a steady progression for Fraser, even that song, which sounded appealingly eccentric at the time, pales against the ambition of the new generation of Kiwi pop defined by the likes of Kimbra and Lorde.

But Fraser was never an innovator. Her thing was the classic craft of song – the key was finding the right framework for her artistry as she grew past the teenage naivety and openhearted, piano-based constructions of her early work.

While we still perceive her as the nice Christian girl behind those World Vision campaigns, she grew up, moved to Sydney, got married, moved to Los Angeles and hooked up with electronic producer David Kosten. The union works, but only just, and it too often emits a slight cringe-factor echoed by the glam publicity shots.

Another question: is this the new Fraser, or is Brutal Romantic just trying on a pair of shoes? Thing is, on a song like “Magical Machine” there are hints of the old wide-eyed wonder, but her rather great vocal performance is saddled with post-production Autotune clichés and a bunch of lyrical motifs that suggest she’s desperately casting about for an adult context, rather than naturally evolving her persona.

There is too much that’s overcooked here, like the over-the-top title tune (“Brutal Romance”) with its swelling strings and too-obvious imagery. Yes, we know youthful idealism seldom survives the onset of one’s 30s, but say something new about it.

Yet, underneath the awkwardness, there are traces of the real Fraser, especially on songs like “New Histories” with its African-style choral feature and sober, politically conscious subject, which dares to suggest “we could write a new history”.

Underneath the bubbling electronic textures there’s a traditional songwriter’s muse trying to break out, but hers is a voice that sounds its best when not “enhanced” with digital processing – not just because it’s not needed, but because it’s ill-fitting.

It’s not all bad, and on a track like “Je Suis Pret”, if we forget who she is and start from scratch, it’s easy to accept her as a cyborg balladeer par excellence. But too often she sounds shoehorned into an ill-fitting context, and at times the buzzing electronics make her sound a little Lorde-like. That’s sad because, you know, there was nothing broken about the old Brooke Fraser.